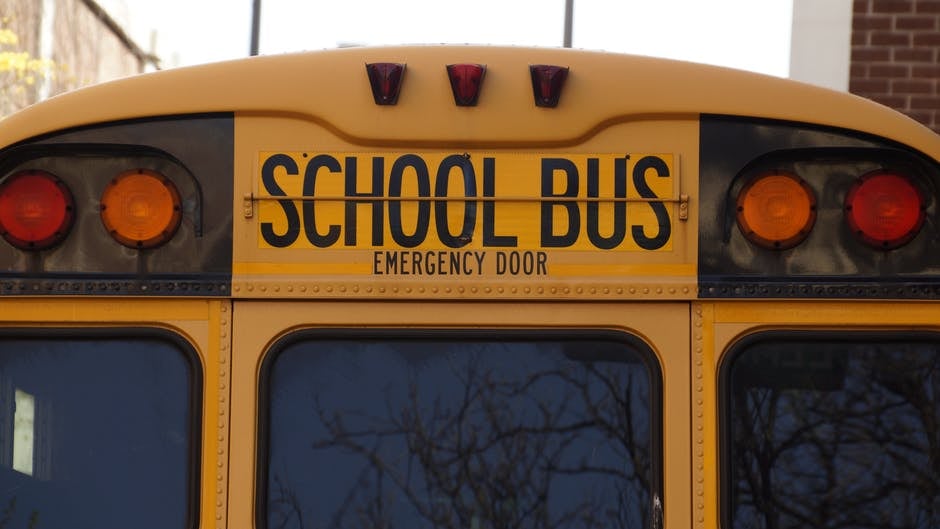 Before my son started kindergarten, I was petrified at the thought of letting him ride the bus to school. You see, he's my firstborn, so I tend to be a little overprotective. Seeing him head off for his first day of school was scary enough, but watching him hike up those big stairs onto that even bigger yellow bus was, well, what made tears fill my eyes. It was his first step into entering a world I wasn't quite ready to see him join. School is hard, kids are mean, and bus rides can be scary. Up until that moment, I had been able to protect him from most things, but I have no control over the school bus . . . you do.

Most of the time, kindergarten is much worse for the parents. We're the ones clinging to their backpacks because we don't want to see them grow up, while they're eager and ready for some independence. But it's inevitable. They do grow up, and riding the bus was just part of the gig. My son was so excited to be a big kid, yet I had terrible fears that older children might pick on him (oh, the thoughts that creep into the minds of mothers). That first morning of school, I held my son's hand as we waited for the bus. He jumped up and down in excitement and happiness while my heart did the same thing in dread and worry. You didn't know it, but I was already counting on you to be there for him.

You pulled up right outside of our house. You cranked the door open, stood up, and smiled the warmest smile I had ever seen. My shoulders instantly relaxed. You welcomed my son onto the bus with as much excitement and happiness as he was feeling, and then it was time to go. But your smile was all it took for me to know that he was going to be safe. I knew that not only would you make sure nothing bad happened to him, but you would also make the bus environment fun. It was so easy to see how much you love your job, which, in turn, made me happy about sending my son off on his own. Thank you for loving every single child that climbs those big steps onto your bus.

Every day when my son comes home, he tells me stories about songs you make up during the journey to and from school. He tells me that you always ask him how his day was. He tells me about the quirky jokes you tell to make everyone laugh. And his eyes sparkle when he mentions your name. He trusts you. I want to thank you for, yes, making my child's bus ride enjoyable, but also for making my heart a little lighter, too. Having my firstborn begin kindergarten wasn't easy, but you helped make that transition a little smoother for this mother. Thank you for being you, and for calming my jumping heart.

Always,
The Mother of a Kindergartner Who's Growing Up Too Fast