This post, written by Joanna Schroeder, was originally featured on YourTango. 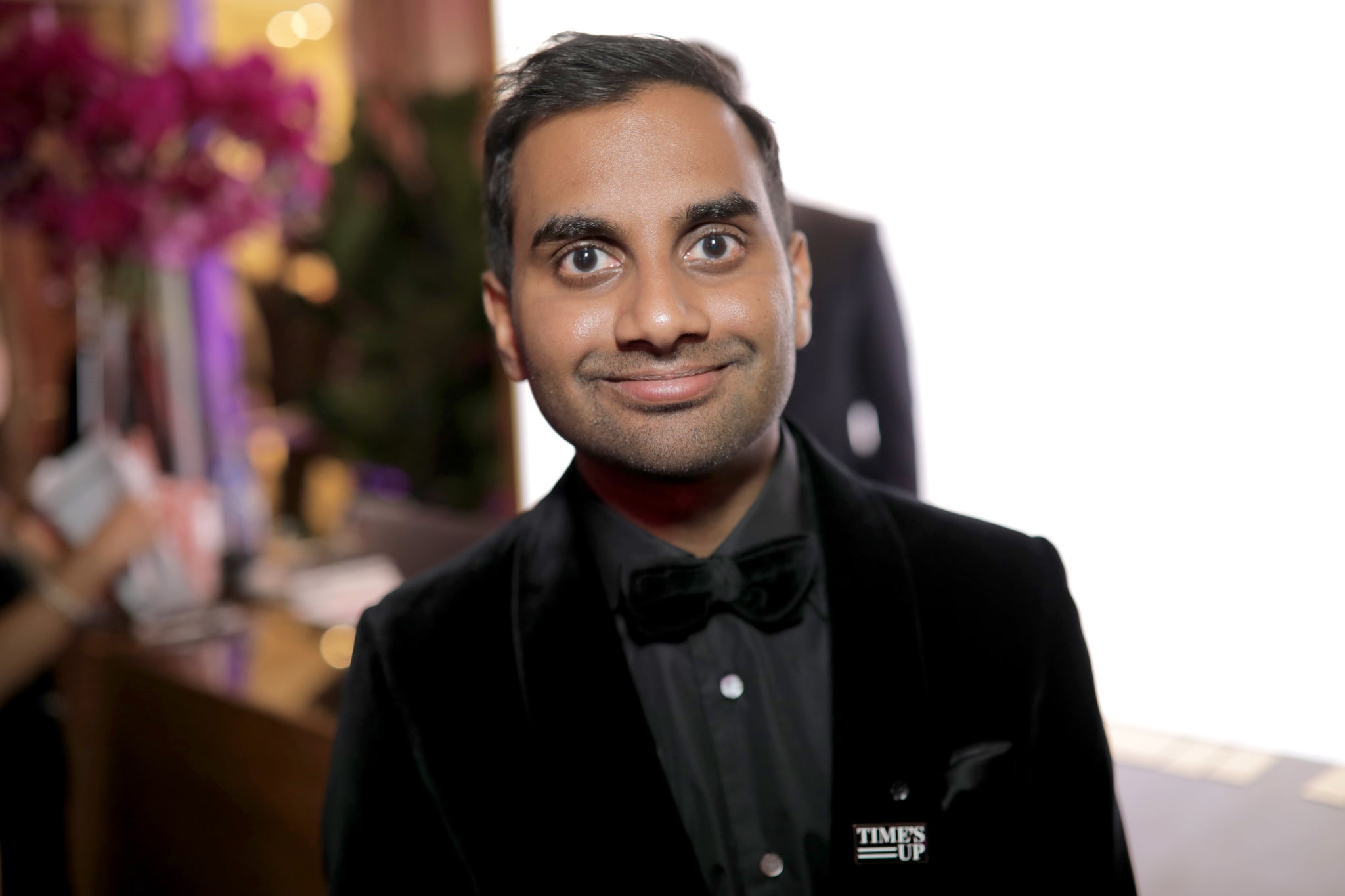 The Master of None comedian faces some troubling allegations.

The story of one woman's "bad date" (put mildly) with Aziz Ansari wasn't one any of us wanted to read, but the anonymous account of a woman who uses the pseudonym 'Grace' being coerced into sexual activity with Ansari was unavoidable if you logged on to social media Sunday.

The details of their date and encounter back at his apartment were frankly gross to read. There isn't a better way to say it. It was a gross story of a man we all really liked — respected even — being really disgusting. Also: awkward, impatient, pushy, sexually juvenile, and even at times coercive.

If this account is factual (and we have no reason to doubt it is), clearly Ansari had little to no empathy for this woman and was not paying attention to her cues or body language — or even her words in many instances. But was it sexual assault? Tough to say. I'm not a lawyer and the story's timeline is a little confusing.

"He said, 'Oh, of course, it's only fun if we're both having fun.' The response was technically very sweet and acknowledging the fact that I was very uncomfortable. Verbally, in that moment, he acknowledged that I needed to take it slow. Then he said, 'Let's just chill over here on the couch.'"

This moment is particularly significant for Grace, because she thought that would be the end of the sexual encounter — her remark about not wanting to feel "forced" had added a verbal component to the cues she was trying to give him about her discomfort. When she sat down on the floor next to Ansari, who sat on the couch, she thought he might rub her back, or play with her hair — something to calm her down.

Ansari instructed her to turn around. "He sat back and pointed to his penis and motioned for me to go down on him. And I did. I think I just felt really pressured. It was literally the most unexpected thing I thought would happen at that moment because I told him I was uncomfortable."

No matter where we land on the legality and morality of what happened between Ansari and the woman in this story, there is one thing we can all probably agree on:

We don't want our kids to grow up to be like the Aziz Ansari described in this woman's account.

That's why this is the time to talk to your kids, particularly your sons, about sex.

Or, "Not MY son, he's such a good boy. He's not even interested in girls like that!"

If your child is walking and talking, then he or she is the right age to start sex ed. No, it's not going to be about sexual intercourse or Aziz Ansari at that early age. It'll be about bodily autonomy, their own anatomy, privacy, and asking permission before hugging or kissing people.

As he grows older, however, you will need to have the actual "birds and bees" talk sooner than you expect. Many healthy sexuality experts suggest that if your child is using the Internet without you right next to them, they are vulnerable to seeing pornography, and they'll most likely never tell you about it.

If your child doesn't use the Internet alone, but is over the age of 10, ask yourself this: Do I want my child learning about sex from his friends and the media, or from me? You have the opportunity to be the first and most important voice guiding them, ethically, into healthy sexuality. But you need to be there early.

Once you start having conversations about the basic science of reproduction, you open up a safe space for your kids to ask you their tough questions or come to you should something happen that makes them uncomfortable (rather than going to Google or keeping it a secret). And that's the goal.

When your child is in middle school, it's time to talk about sex in a way that you assume they aren't yet having it. This gives you the opportunity to teach biology along with your own family's ethics and values.

With my own children, any conversation we have about sex always features me explaining that sex should be fun for everyone involved, and that everyone needs to feel equally happy and excited to be doing it.

I always have said to my kids, since their first "birds and bees" talk, "Both partners talk about it, and decide together that they want to have sex, and they both make sure it's exactly what they want to do and that they are ready for it. If someone changes their mind or feels differently at any point, then they don't have sex and that's totally OK."

As they grow older, the conversations become more specific. We talk about how to know if both partners are having fun, if someone is kissing or having sex because they feel guilty or feel like they 'should', and why those are bad reasons to hook up. We talk about why people can't make a good decision about sex if they've been drinking or using drugs. We even talk about how to handle the rejection they will inevitably someday face.

Are these conversations fun for me? Not really. I'd rather be talking about the new Marvel movie or even what groceries we need, and I'm sure they would, too.

But after years of sex ed with my kids, they're not uncomfortable conversations. They're fast and honest. And here's the wild thing: I'm rarely the one to bring these subjects up. Kids are curious about sex and sexuality, and if they feel they can come to you — they will.

So when we're thinking about Aziz Ansari, we need to go back to sex ed.

Who taught Ansari to have sex like the account in this story? Where did he learn to try to get as much as he could get, push as hard as he could push for what he wanted? Who taught him not to be a "technical rapist" but to basically ignore the happiness and comfort of his partner?

Everyone did. It's what we saw in movies and on TV as kids of the 60s, 70s, 80s and 90s. We saw James Bond do it, we saw soap stars do it, we saw teens in teen dramas do it. Guys were taught, implicitly and explicitly, that the objective with women is to find sexual release, and women were taught that guys will do anything to have sex with us and that we have to resist them, because we are the sexual gatekeepers.

It’s impossible to overstate that what many, many people consider “normal” sexual interactions are informed by decades of pop culture that tells both women and men that men’s job is to take while women’s is to be repeatedly coerced.

This is a disaster, and it's why no woman I know is shocked by the story about Aziz Ansari. But that still doesn't make his behavior normal or healthy. Despite it being common, it is exploitive, insensitive, coercisive, and possibly even criminal (I'm not a lawyer, so I can't say for sure).

And this is exactly why we, as parents, need to actively stomp out whatever messages and social lessons were taught to Ansari and all the men who hurt us. The future could be better, but it won't happen unless we decide to play a role in making it better.

It involves maybe getting a little uncomfortable and telling the truth to your kids. It involves not assuming they'll be virgins until marriage (over 90% of people have premarital sex, and your kids probably will, too). It involves being emotionally available to them when they need you, even when the questions are tough.

And it involves starting now with your kids, at age-appropriate levels, talking about consent and what a healthy sexual interaction looks like and feels like. I don't want my kids to ever hurt someone like Ansari did in that story, and I know it's up to me (and their dad) to make sure they know how not to hurt others.