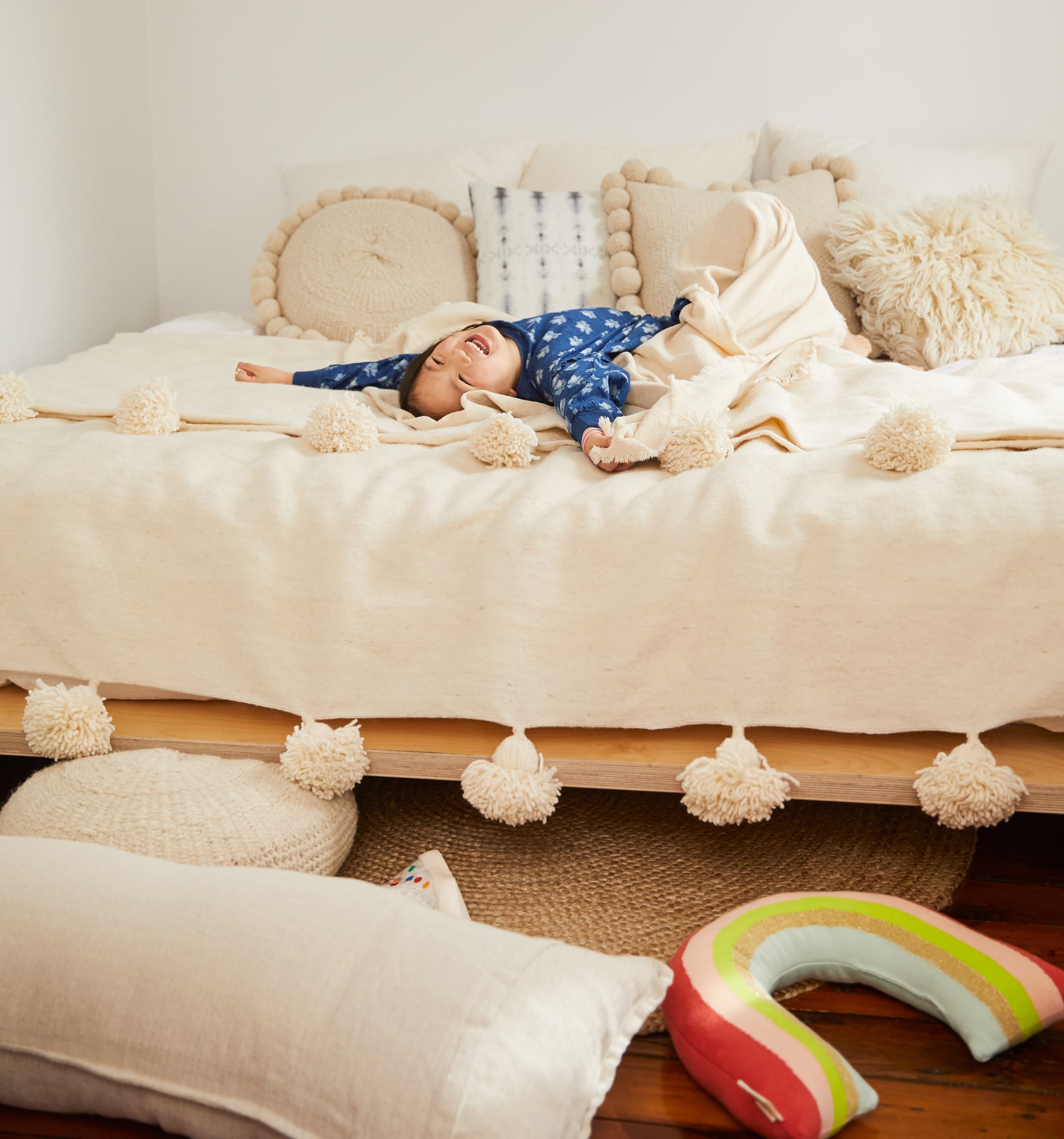 The clock reads 8:07 p.m., and my two kids are still in varying stages of undress, their pajamas quietly waiting for them on the dresser while they happily poke at one another. Their bedroom still has toys scattered about, and my husband and I are starting to snap at each other before we turn on our children. "OK, that's it! NO STORIES TONIGHT!" Then come the blood-curdling screams.

Welcome to bedtime at our house.

On a whim, I tried something that has shortened the seemingly endless bedtime process down to 20 minutes, flat.

Well, at least, that's how bedtime used to be. No matter what we'd tried, our 4-year-old and 2-year-old would push boundaries and test limits in ways that required us to repeat simple tasks — like putting on their PJs, going potty, or brushing their teeth — up to a half-dozen times. Exhausted, we'd tap out for a few minutes here and there to go load the dishwasher or check our email in the hopes that when we returned to the room, they'd be more amenable. Nope. By the time they finally were under the covers, we'd speed-read two to three books and hit the lights only to realize it was approaching 9 p.m. Our once-plausible goal of a proper 7:30 p.m. bedtime was laughably impossible.

Related:
What It's Really Like to Put a Child to Bed (in 15 Easy Steps)

Then, on a whim, I tried a simple trick that — with a few weeks of fine-tuning — has shortened the seemingly endless bedtime process down to 20 minutes, flat.

Like I used to do at the park when I needed to coax my kids home for dinner, I opened my iPhone's timer — a feature in the clock app — and told them they had to finish their entire bedtime routine before the alarm dinged.

The incentive? Reading stories — their very favorite activity – was part of the bedtime routine, so the faster they finished all of the mandatory tasks, the more time they'd have to read before we turned off the lights. If, however, they didn't finish in the allotted time frame, they'd have to forgo stories that night. 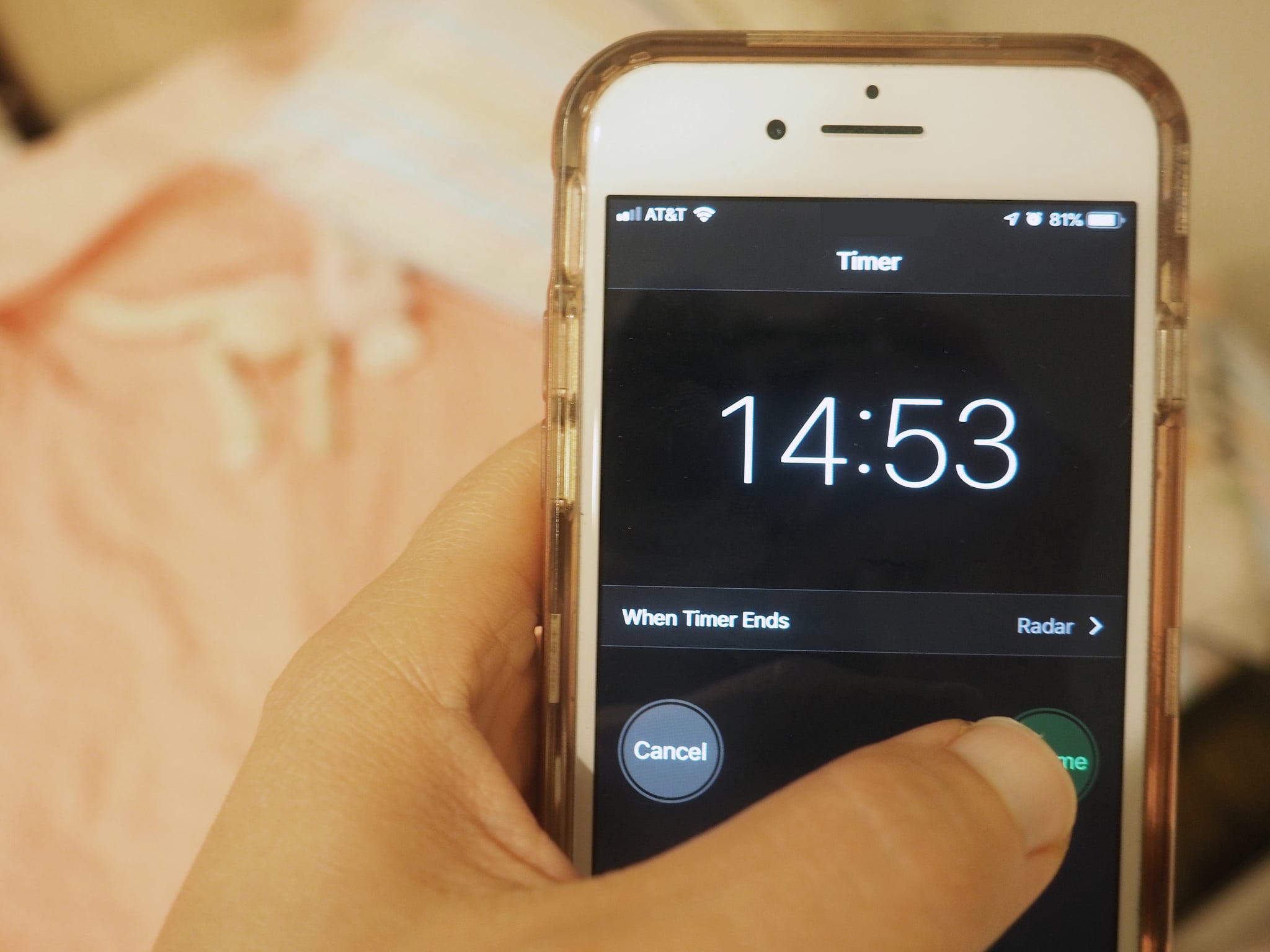 Here's how it worked:

I set the timer for 30 minutes. (I now set it for 20, but at the beginning, it was taking so long that a half-hour seemed a much more conservative starting point.)

I then propped up my phone so they could see the screen. They can't tell time yet, but the visual of the numbers changing helped them. Parents can also buy more toddler-friendly visual timers that show a red disk slowly disappearing, but I prefer the simplicity of using my iPhone. Plus, a hidden benefit of my phone being used as a timer is that I can't use it to distract me with other things, like incoming text messages or my Instagram feed. I'm instead able to focus on helping my kids with, say, toothpaste application.

They then had to complete all of the tasks on their bedtime routine chart. Ours is pretty basic and includes:

As they were going through their routine, they inevitably got distracted, so I called out reminders. "You have 15 more minutes!" "You only have five more minutes, and that means we'll only have time for just one story!"

With whatever minutes and seconds remained on the timer, we read stories of their choosing. Because we are softies, we agreed that when the alarm rang out, we'd always finish the current story versus closing the book the instant we heard the ding.

After a few days, it was clear that, when focused, they could finish everything on their chart in just 10 minutes. So with a 30-minute timer, they ended up getting a whopping 20 minutes of stories. But on days where they dragged their feet and were still putting on their jammies when the alarm sounded, they had to finish up and go straight to bed.

This trick has shaved off a ton of collective time — we're talking several full hours each week.

I'll be honest, those first evenings of "no stories" were met with tears and tantrums. It felt like bedtime took just as long as before because we were having to spend 15 minutes calming them down, but we held firm. Eventually, they made the connection. They understood their actions have consequences. At one point, my crying daughter said, "I'll remember to be faster tomorrow!" Now, when it's a no-story night, they generally just pout to themselves and crawl under the covers.

This trick has shaved off a ton of collective time — we're talking several full hours each week. On nights we don't use the timer, our kids are exponentially worse listeners, so we always come back to it . . . with a little wiggle room. Some evenings, if we get started early, we'll give them a longer timer with the reward of more story time, and other nights, when I just want to get them down so I can zone out to Netflix, I'll stick to the expedited 20-minute timer, which usually results in one to two stories, max.

We by no means have mastered the toddler bedtime process, but when I see our kids racing each other to be the first one in bed, I sure feel like we have.