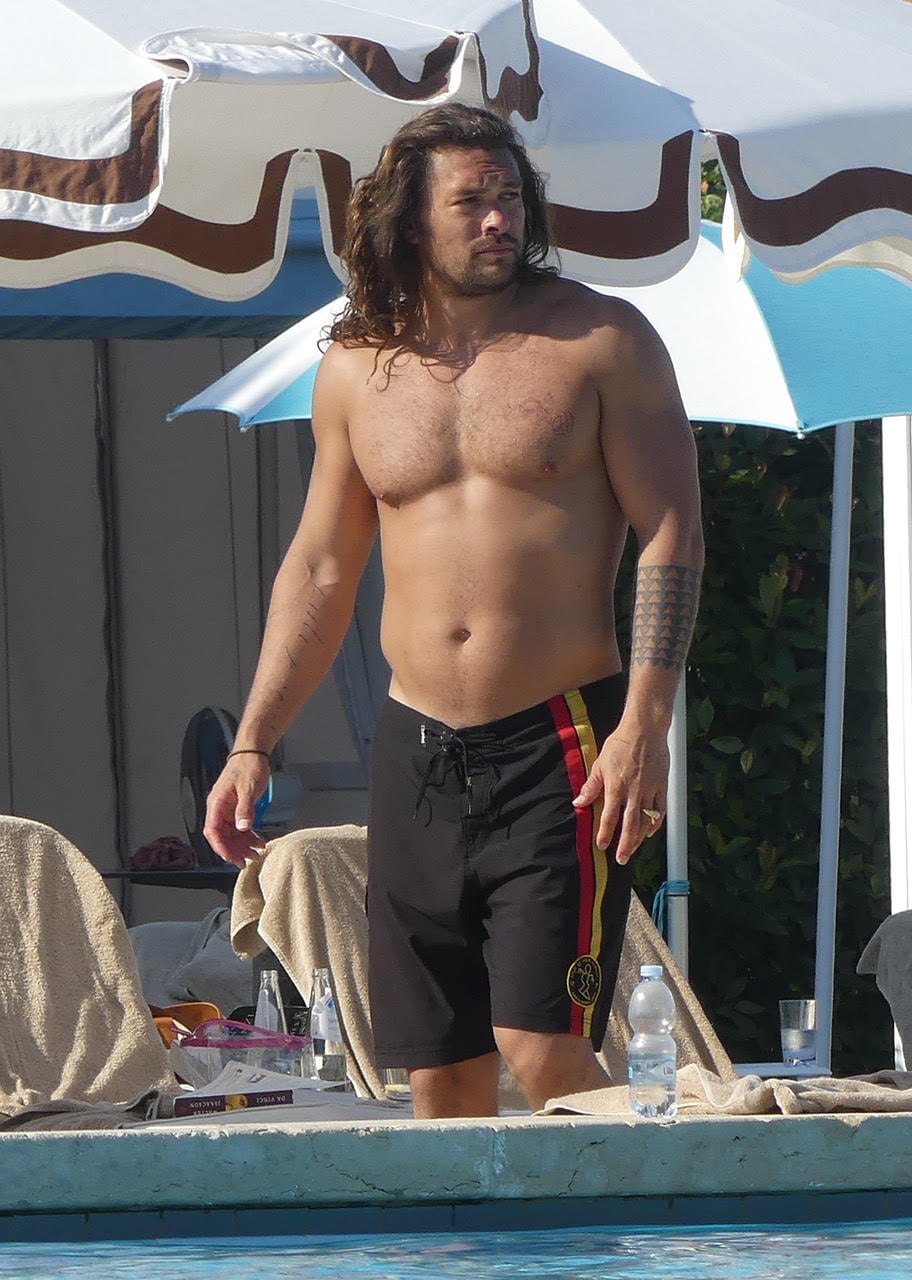 We all have eyes, yes? So can we just agree that sometimes, someone comes into our lives that is just so attractive in every which way, we possibly drool a little bit every time we see them? For me, and much of the internet, that person is Jason Momoa, hottie extraordinaire, who just got dad-bod-shamed, and OMG, ARE YOU GUYS KIDDING ME?!

The dad of three (which includes his stepdaughter, Zoë Kravitz) appeared shirtless while on vacation in Italy with his wife, Lisa Bonet, and when Us Weekly shared the above photo — a photo that, I might add, gave me the immediate need to run and grab a glass of ice-cold water — commenters had the gall to shame this man for his "dad bod." Although many people came to the Aquaman actor's defense, the negative comments are a little unnerving.

"Omg, what happened to the abs?" one commenter wrote, while another added, "he ate them away." Another criticizing thread of comments surrounded one person's need to announce that they don't understand what all the Jason Momoa fuss is about, because apparently it was important for them to share that negativity rather than simply keep scrolling if they weren't enticed by the content on their Instagram feed.

Related:
Can You Make It Through 22 Shirtless Jason Momoa Photos Without Passing Out?

Listen, y'all: It's not cool to negatively comment on someone's body, no matter who they are or what they look like — we should all know this by now! We should boost each other up in a positive manner and appreciate people for who they are, instead of tearing them down. And we definitely should not be criticizing a man — who could probably crush us all with his bare hands — simply because he's not flexing in every single photo and doesn't always look the way you "expect" a celebrity to.

Dad bod or not, Jason's still a whole entire snack who is an insanely adorable father to his kids, abs or not. So don't mind me as I keep drooling over here.