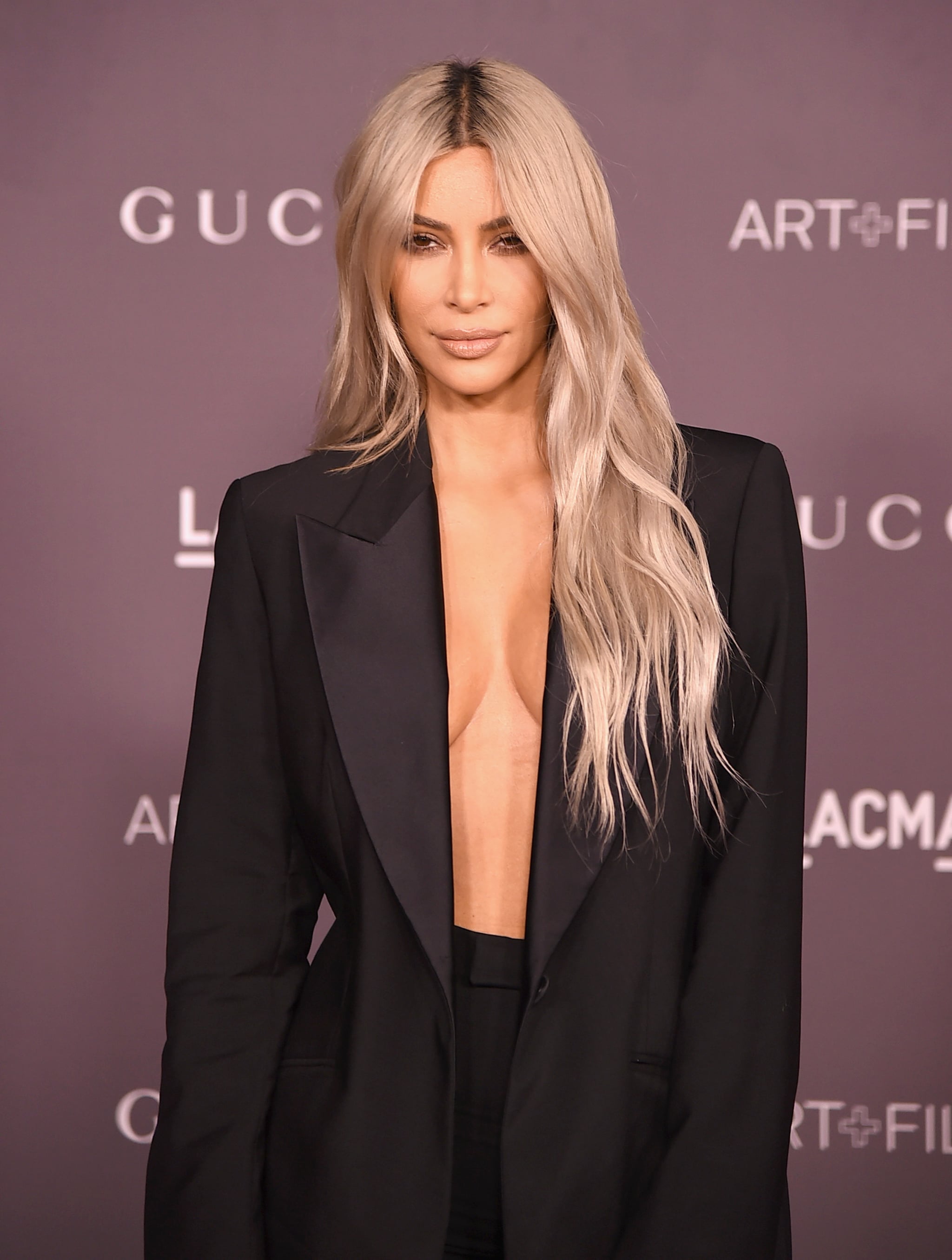 There's no denying that giving birth, as beautiful and miraculous as it may be, is a f*cking pain — literally. Kim Kardashian knows this fact well, as the 38-year-old mom endured some pretty horrific issues when giving birth to her first two children, North and Saint. After the reality star welcomed her third child, Chicago, via a gestational carrier in January 2018, she opened up about the gory details of her "traumatic" childbirth struggles, and her honest revelations will give you a whole new level of respect for her resilience as a mother.

While pregnant with North, Kim endured preeclampsia, a condition that only affects five to eight percent of pregnant moms which is characterized by high blood pressure and protein in the urine, which causes slower blood flow to the placenta. Complications of this risky condition include restricted placental growth and premature birth, although Kim also dealt with painful face and body swelling from her preeclampsia.

Related:
I'm Not a Fan of the Kardashians, but I Will Never Shame Them as Moms

When it came time to bring North into the world, things got painful after her baby was delivered. Kim's obstetrician found that she had placenta accreta, which means her placenta was attached too deeply into her uterine wall. "After giving birth, your placenta is supposed to come out, but mine was stuck," Kim recalled to Elle magazine during an interview for the publication's April issue. "That's what women usually die from in childbirth — you hemorrhage and bleed to death and they can't stop it. To get it out — it's so disgusting — the doctor had to stick his whole arm in me and scrape it off. It was the most painful." Um, ouch!

Kim's mother, Kris Jenner, was in the delivery room to witness North's birth, and seeing her daughter struggle with the complications still haunts her. "To this day, if you mention it to her, she'll cry. It was traumatic."

"To this day, if you mention [my childbirth] to [my mother], she'll cry. It was traumatic."

Though the star expressed anxiety over developing placenta accreta and preeclampsia during her high-risk pregnancy with Saint, she welcomed her second child in December 2015. When she and husband Kanye West chose to expand the family by having a third child, her doctors informed her that it wouldn't be safe to carry another baby herself, so she enlisted the help of a gestational carrier.

Related:
So, Kim Kardashian Didn't Actually Use a Surrogate to Have Her Third Baby

Not to be confused with a surrogate, who donates her egg and is artificially inseminated with the father's sperm before carrying the baby to term, a gestational carrier is implanted with a fertilized egg. "It's completely my and Kanye's DNA," Kim explained to Elle magazine. Kim and Kanye selected an embryo together, which she admitted was a "tricky" process. "What sex do you put in? I just said, 'Which one is the healthiest? Pick the healthiest one,' and that was a girl," she recalled.

Kim explained how she requested that the gestational carrier stick to a relatively organic diet, but she wasn't too strict with enforcing it. "I straight-up told her, 'Look, I ate doughnuts every single day. If you want doughnuts and ice cream, go for it. Do whatever you feel. I'm not going to be picky like that. That's just ridiculous.'" I mean, when those midnight glazed doughnut cravings strike, sometimes you just gotta give in — Kim knows the deal.

While Kim admitted that she "wished" she could've carried and given birth to Chicago on her own, she had a very positive experience using a gestational carrier and suggests the process for other moms at risk of developing similar conditions. "The control is hard at the beginning," she told Elle. "Once you let that go, it's the best experience. I would recommend surrogacy for anybody."