This article written by Jessica Hall, who gave her son up for adoption to her parents, was originally featured on one of our favorite sites: YourTango. 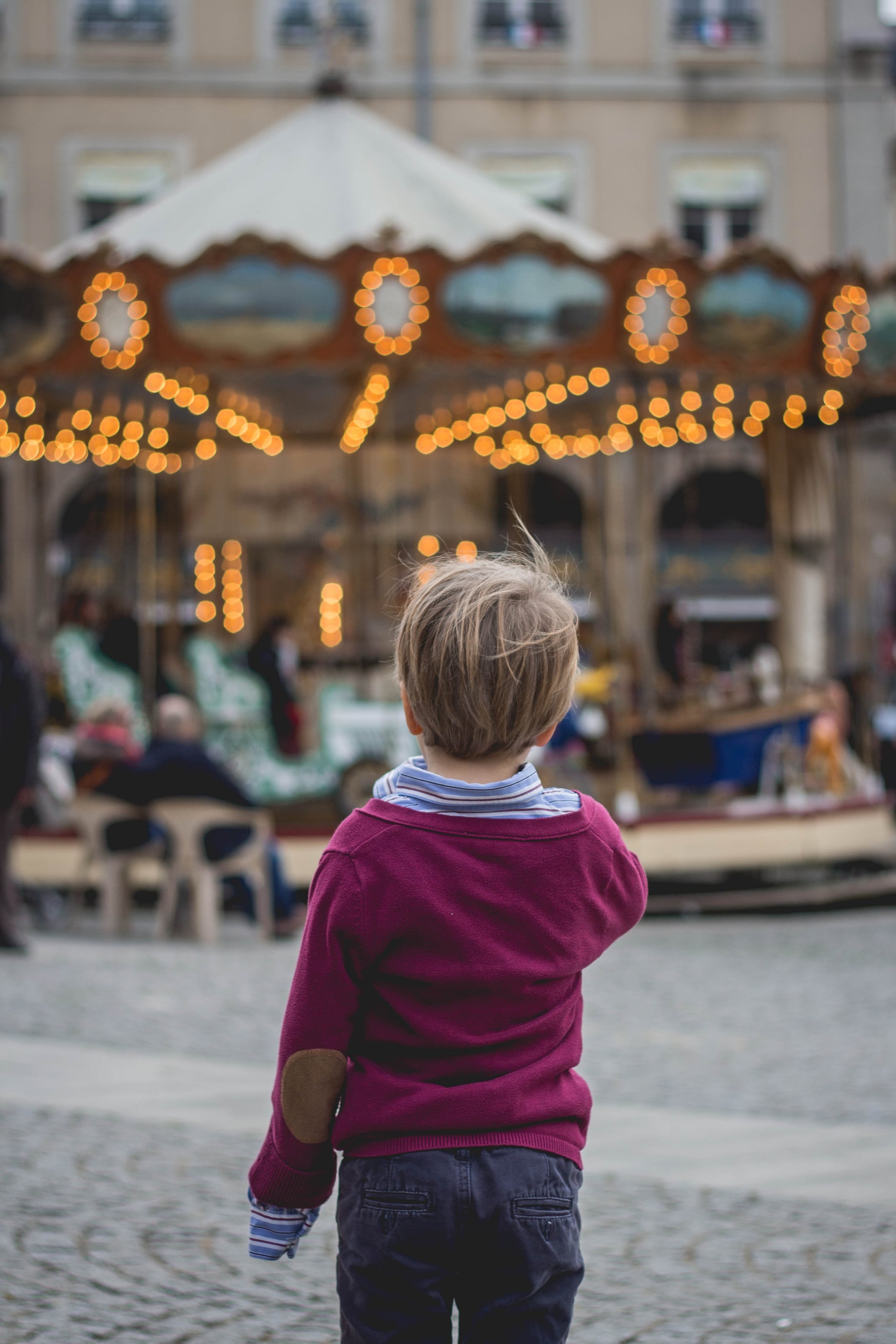 Giving up my son was one of the worst decisions of my life.

I had my first child, a son named Daemon (pronounced DAY-mon) on October 2nd, 2005. He was beautiful. I know all parents say that about their kids but he truly was.

He came out with a little blond mohawk, gorgeous blue eyes, and soft skin. His cry was one of the most precious sounds I had ever heard in my life and it made me want to cry (with joy) every time I heard it. His father and I were elated.

His father and I eventually separated and divorced in 2007, but he promised to stay in Daemon's life. For the next year, he came in and out of Daemon's life sporadically and refused to help me support Daemon financially.

The court put Daemon's father on child support — but that only works if he actually pays. I saw no money from him at all and it put a huge strain on my finances. Plus, he hardly spent any time with his son. It was also increasingly hard to keep my insurance because I quit my job when I got pregnant with my second child (with a different man), which turned out to be a high-risk pregnancy. Plus, Daemon got sick a lot and the bills added up.

That's when my mother offered up a solution. She said she and my father could adopt Daemon and they would be able to put him on my dad's insurance at work.

Of course, he would still call me mom and call his biological father dad. Everything would be like normal except Daemon would go stay with my parents for a while until I could get back on my feet.

I thought I was doing the right thing but nobody could've prepared me for giving up your child for adoption — especially to my own parents.

In the beginning, it had seemed like a good idea until I found out my and my ex-husband's name would be taken off Daemon's birth certificate and my parents' names would be added instead. It may not sound like that big of a deal, but it felt symbolic to me. I knew they'd never keep me from seeing him, but it just felt wrong.

But I eventually agreed and so did Daemon's dad — as soon as I told him they wouldn't come after him for child support anymore if he gave up his parental rights, he signed immediately.

The decision was a lot more difficult for me because it meant that legally, I would no longer be Daemon's mom. Still, we met up at the lawyer's office and made it official on October 3rd, 2008.

Daemon is now eleven years old. Since then, my parents have changed the spelling of his name from Daemon to Damon. Damon lived with me and my current husband for about two years, but he was exceptionally horrible to his younger brother: lying to him and making him eat from the floor like a dog.

Damon didn't like that we would not let him watch Youtube or give him unlimited access to the Internet so he decided he didn't want to live with us anymore and moved back to my parents' house.

I love my parents and know that they mean well, but they lied to me. Everything changed when I gave up Damon to them. Sure, he still calls me mom, but he doesn't view me as his mom; he even told me that himself.

Any time Damon gets punished at my house, he immediately wants to go back to my parents because he knows he won't be in trouble over there and will be allowed to get right back on the computer.

My mother has even told me that she's never going to let me have him (meaning get my parental rights back) until she dies. They favor him over all their other grandchildren (I know they adopted him so it's slightly different, but still) and my mom makes her favoritism blatantly obvious, to the point that the other grandkids that are old enough notice. She buys him more birthday/Christmas gifts than any other grandchild and he has far fewer rules than the others.

Giving up my son was one of the worst decisions of my life. I can't raise him the way that I want and I have no say in any of the decisions regarding his life yet I'm still supposed to still be an active part of it.

It hurts trying to be there for a child who doesn't care about you and doesn't view you as his mother. I thought giving up my child for adoption, especially in the dire circumstances I was in, was what was best for him, but now I want him back.

At the same time, though, I want to move on with my life.

My husband and I have big dreams that involve leaving this lousy town. Plus, I have two other children I have to worry about and care for — two kids that actually want and need me to be their mother.

So, I'm at a loss. Do I give up on the child that doesn't want me or do I give up on our dreams to give the rest of my family a better life? At least if this were a normal adoption and not a family one, walking away wouldn't be so hard. Either way, I'm screwed.

More juicy reads from YourTango:
10 Tips For Raising Perfect, Unspoiled, Angel Kids
9 Things I'd Do Differently If I Had a Parenting Do-Over
11 Cartoons That Show the REAL Side of Parenting Nobody Talks About

by Jessica Harrington 53 minutes ago