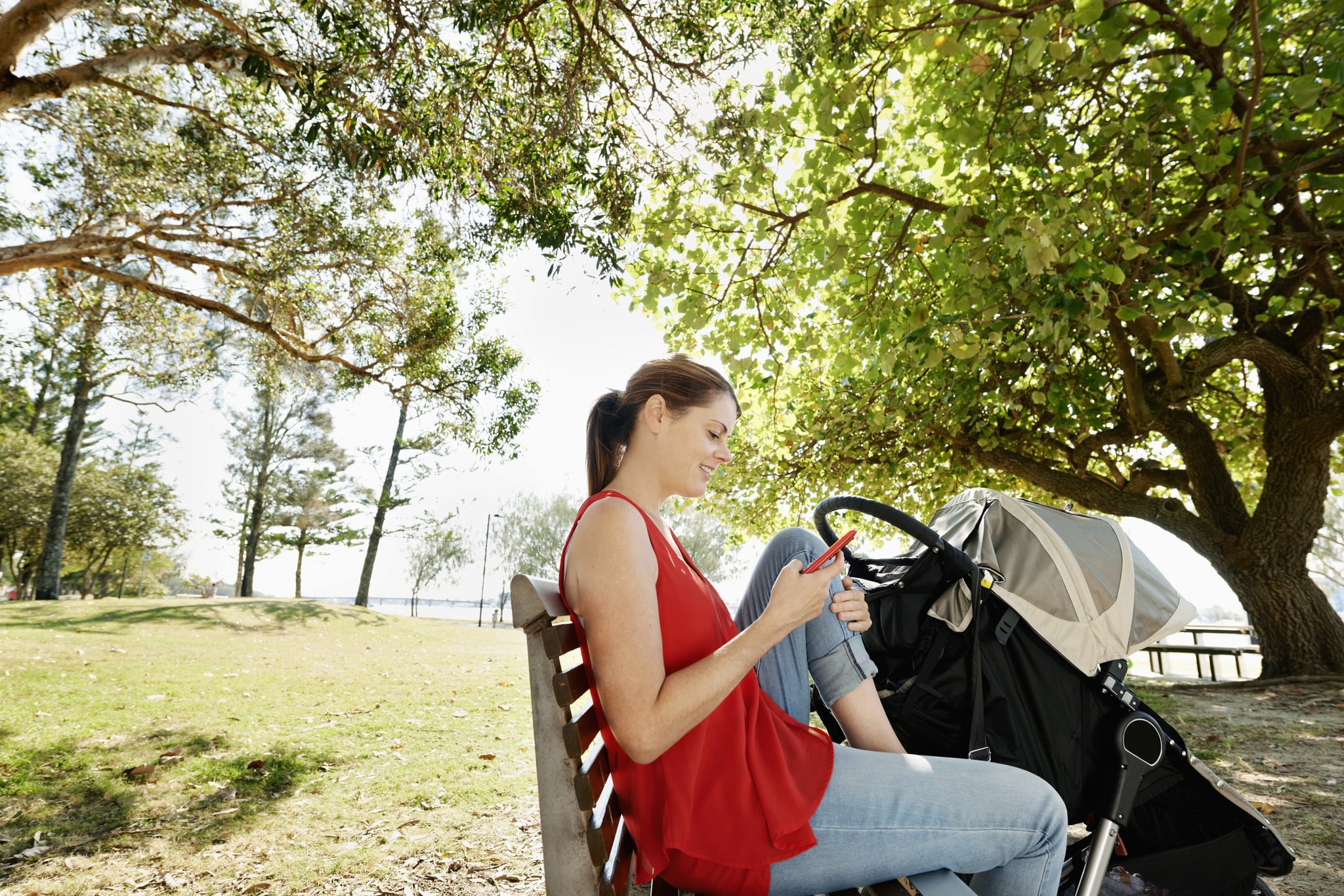 A few years ago I was at the playground with my son, W. It was a beautiful day, just stunning. W was having a blast running around with his friends, and I was head down responding to a work email on my iPhone.

I looked up and caught the eye of a parent walking by.

Wait. What? Then I realized she must have been watching me work on my phone.

So I shrugged and said, "Don't you hate it when work beckons?"

She replied, "I don't take out my phone when I am with my kids."

I let her comment deflate me. Even though I had been present and active with my son for the entire afternoon, I let one small comment from a stranger shape my self-worth.

The next day W and I were at the playground again. And again we were enjoying the fresh air, enjoying the day, enjoying each other's company. I had tucked my phone down into the bottom of my bag, down below snacks and wet wipes, and yet an hour into an epic game of tag, I heard the familiar buzz letting me know a call was coming in.

I hated that I felt ashamed for getting my phone, sitting down and listening to the messages, and then immediately responding to the work crisis happening. Surely ALL of the parents at the playground were judging me. Surely there was a neon arrow pointing at my head declaring me a neglectful mom. I carefully glanced around and realized no one was paying me any attention. No one cared. Even W was happily running around with his friends and fine with me taking a moment to catch up on work.

It was around this time that I also cringed whenever I would hand W my phone to entertain himself when we were waiting in line at the grocery store or the bank. Waiting is hard for anyone, but for a 3- or 4-year-old, it's beyond torture. Dealing with the monotony of the line plus the management of a preschooler was the recipe for much of W's iPhone usage.

He immediately calmed down because he had something to do, and you would think his calming down would chill me out. But no. I felt much guilt and shame for being a mom in line with a kid using her phone.

The scarlet letter of guilt I was wearing had been constructed entirely by me. No other parent was shaming me. Even the day where the other parent made the commentary about her own phone habits — I was the one who attached the blame. Maybe she was getting in a dig, but I could have easily shrugged it off.

So often we look to find fault in our own parenting. We want to be perfect. We want to get the gold star and make all the right choices and have all the right answers. The moment we question ourselves or doubt ourselves, we open the door to guilty feelings.

For whatever reason, technology seems to be attached to guilt a lot.

We worry what someone will think about us, as parents, as people, if they see our kids playing games or watching videos on an iPhone or tablet. Will the couple at the restaurant think we are being lazy? Will the other parents in the waiting room think we don't know how to have conversations with our kids?

If you have been feeling guilty about letting your kids be educated and entertained by a tablet, it might be time to let that go. A recent online poll has found that most parents (59 percent) don't feel guilty about letting an iPad or tablet act as a "babysitter" to entertain their kids. The lack of guilt seems to come easier for older parents than younger ones. The same poll revealed 71 percent of parents over the age of 45 feel guilt-free about their kids using tablets compared to 43 percent of millennial-aged parents.

I'm not an expert in managing my parent guilt, but here is what I have figured out: we are mostly all the same.

Our kids are all growing up in this amazing and fantastic era where technology is often in their hands daily. They are being exposed to new ways to learn, new ways to connect, and new ways to problem solve. Our kids are not intimidated by computers or smart phones or tablets — they see them as tools.

You may feel awkward at first for pulling out a smart device to occupy or entertain your child while you are at a restaurant. But hopefully that feeling will fade. Other parents get it. We have been there. We ARE there. Heck, we are right over here at the next table doing the exact same thing. The kids are OK.

I have let go of my guilt over letting my son use a tablet for entertainment because I also see the tablet as a key to his future.

I also don't feel any shame anymore when I need to use my tablet or phone at the playground. Mama is multitasking, and it's a life skill.

More on Babble:
8 Moms You'll Meet at the Kindergarten Drop-Off
What My 6-Year-Old Has Asked Siri
If I Lived Like My Child For a Day
Does Technology Make Us Better Parents or Paranoid Stalkers?