Skip Nav
Colleen Travers lives on Long Island in New York with her husband, 7-month-old son, 2-year-old son, 7-year-old-cat, and 6-year-old rescue dog. She and her husband both worked full-time in New York City until recently, when she decided after getting laid off to work from home as a freelance writer and editor. Here are the details of the last morning she had to schlep her kids to day care before a whole new juggle would begin. 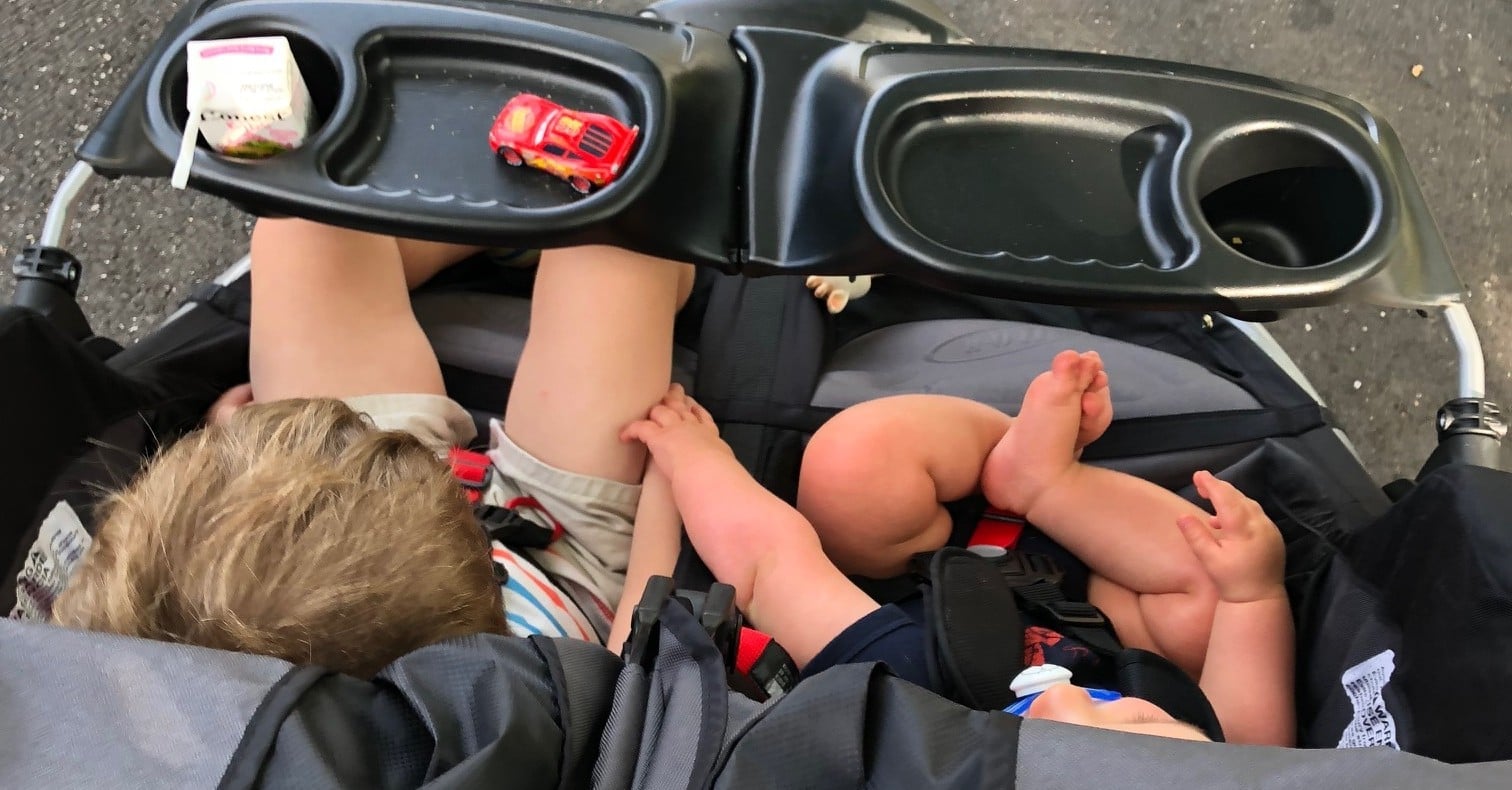 5:30 a.m.
Wake up to . . . meowing. (You thought I was going to say a baby was crying, didn't you?) Our cat, Oreo, is banned from sleeping in our room and thus seeks vengeance every morning by loudly crying outside the bedroom door. I let him in and open a window for him to sit at, before his yelling wakes up the kids — who will need a lot more than an open window when their eyes open.
6:17 a.m.
My alarm goes off. I try to make it a point every morning to get dressed before the kids wake up. My success rate for this is only about 50 percent. I take a peek at the baby's monitor and cross my fingers his eyes are still closed. They're not (sigh) but he seems happy staring at his mobile, so I climb out of bed to get ready.
6:30 a.m.
I'm dressed in 10 minutes or less. Having two kids has resulted in me showering only at night, and I lay my clothes out the night before, so I don't spend precious minutes stewing over what fits and mourning what no longer does.
6:35 a.m
I go get the baby before he gets annoyed with waiting and wakes up my toddler. My kids have separate rooms for now, but the baby's crib is on the shared wall, so occasionally he'll stir my older son out of a deep sleep.
7 a.m.
Feed the baby. Feed the dog. Feed the cat. I only have time to feed or caffeinate myself — I think it's obvious which one I'm choosing today.
7:30 a.m.
My 2-year-old is up. This is late for him, but I've made it a point to never, ever wake him up if I don't have to. I'd rather him eat a cupcake in the car for breakfast than deal with a morning tantrum. I'm also much more of a morning person than my husband, so I've tasked myself with getting everyone ready for the day as long as he handles all the animal needs (i.e., walking the dog and changing the cat litter — ew).
7:33 a.m
I hear the shower turn on, which means my husband has overslept. The dog is giving me sad eyes, so I load the kids up in the double jogging stroller for a quick ride around the block. The only way my toddler will get in the stroller is if I give him a juice box. See the baby try to hold my toddler's hand — so cute! — and he actually lets him. Considering he wouldn't look at the baby five months ago, this is serious progress.
7:35 a.m.
Pack up the cooler with the baby's bottles (all which were prepped the night before) and stick an extra yogurt in for my toddler who will inevitably not eat the provided daycare lunch.
7:40 a.m.
Alas, a morning tantrum happens anyway. He can't find his blue truck, and while one of my most résumé-worthy mom skills is remembering where all his cars are at any given time, I simply do not know where this freaking truck is. If we're not in the car in five minutes, my husband will miss his train into the city, as we're his carpool today.
7:51 a.m.
Truck located (praise!) and everyone is in the car. It's going to be close, but if we get all the green lights and do a couple of rolling stops, we'll make it to the train. It also helps that the Long Island Rail Road (LIRR) is notoriously never on time. This annoys most people, but my husband and I bank on that 8:16 arriving at 8:21.
7:53 a.m.
Breakfast is not a cupcake (#momwin) but a cereal bar, which my toddler has managed to smush in every crevice of his car seat. Make mental note to ask my husband to clean the car this weekend.
8:15 a.m.
Husband makes train (because it's late, per usual) and I'm at day care. I take my toddler to his classroom first because he has less stuff (no bottles, no change of clothes, no food). He also has the most emotional baggage — he has cried at daycare drop-off every single day since he was 4 months old. I know he's fine the moment I leave, but it's still gut-wrenching, so I like to get that part over with first.
8:25 a.m.
Take the baby to his classroom while still hearing my older son wailing from down the hall. Unpack the baby's bottles, make his crib, and set him up in a fun bouncy swing. He's still in that blissful stage of oblivion, so he doesn't understand that I'm not coming back for eight hours. This also makes me sad, for reasons I can't explain (got to love those mom hormones).
8:35 a.m.
Back in the car. It thrills me that I don't have to rush to find a spot in my town's commuter parking lot and make the 8:55 train, which would then lead to an even more hasty subway ride downtown to my office to sneak in before my boss comes looking for me.
8:50 a.m.
I'm back home, and instead of doing laundry and tidying up, I get to work cranking out emails and working on deadlines because I know after today, this uninterrupted chunk of time when I don't have my kids with me will be gone. Come Monday, we'll be adjusting to a whole new morning routine where I'll need to juggle a work-from-home and stay-at-home-mom life at the same time. I feel slightly overwhelmed, but then remind myself that if I could handle the hustle of a daily commute, I'll figure out this new normal, too.
Image Source: Colleen-Travers
ParentingParenting TipsThe Juggle