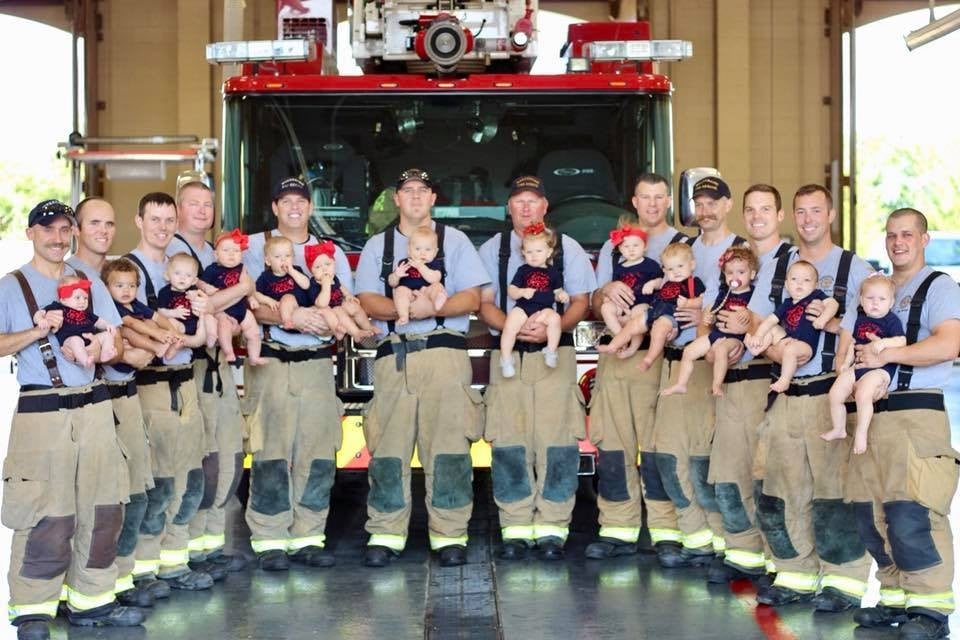 This Photo of 12 Firemen Holding Babies Is Going Viral, and We Need a Tall Glass of Water

Someone get me a tall glass of water because this photo of 12 new dads, who also happen to be firefighters, has got me feeling hot, hot, hot. The joke going around the Waxahachie Fire-Rescue Department is to not drink the water after 15 new babies were welcomed over the course of a year, but we'll argue they should keep on chugging because there is nothing more attractive than a dad in uniform holding an adorable baby.

The photo, which was posted to the department's Facebook page on Aug. 25, has been getting a lot of attention — and a few of hilarious comments. "We all know what they're doing on their time off," one commenter wrote. Another added, "Must have been a good season of no fires."

Whatever's going on in Waxahachie, TX, we're into it.

Related:
These 21 Photos of Dads Wearing Babies Will Leave You a Little Hot Under the Collar
Previous Next Start Slideshow
Eye CandyFatherhoodBabiesFirefightersParenting News

Shirtless
Presenting the Sexiest Celebrity Selfies of 2021 — So Far!
by Monica Sisavat 6 days ago