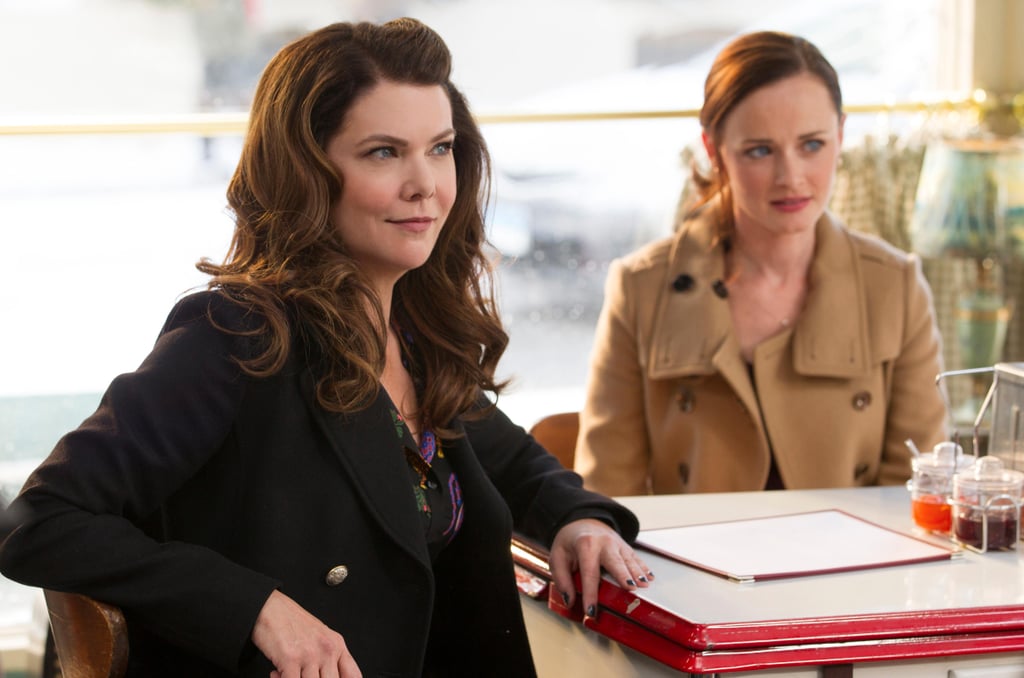 What I Learned Rewatching Gilmore Girls as a Mother

When I first tuned in to Gilmore Girls, which began airing a startling 16 years ago on a now-defunct network called The WB, I was closer in age to Rory — the bookish teenage girl being raised by a single mother in a small town. As the show gained in popularity, my mom and I began watching it together. On breaks from college, I'd come home and we'd binge-watch a full season before binge-watching was a term.

After its seventh and final season ended in 2007, I didn't revisit it. Then, the Netflix revival was announced, and I spent this past Summer rewatching all 153 episodes — a feat considering I had a toddler to raise and a new pregnancy to nurture. This time, though, I wasn't seeing it from a daughter's perspective. Now, I was closer in age to Lorelai. My vantage point shifted greatly, and I discovered nuances that never seemed to exist before . . . not least of which being my concern for how much caffeine a growing child could ingest.

A few days late (a necessary drawback to having said kid and third-trimester sleep deprivation), I hunkered down on the couch — with my mom, per tradition — and watched Gilmore Girls: A Year in the Life.

In a slight twist, I now felt intrinsically connected to each generation of Gilmores. As a mother to a girl of my own, I was Lorelai — struggling to define my role as parent and as my own person. As a 30-something, I was Rory — still curious about my life's path as a new, life-changing detour presents itself. And, with my own mom at my side, I was Emily — rushing to create a lasting legacy for my family . . . while KonMaring her closet.

Although I admit that Lorelai and Rory aren't the embodiment of mother-daughter relationship perfection and are, in fact, deeply flawed, at times deeply frustrating characters, I've learned a great deal from them in rewatching the series — and the final chapters on Netflix — now as a mother.

Ahead, a few parenting lessons I gleaned upon my return visit to Stars Hollow.