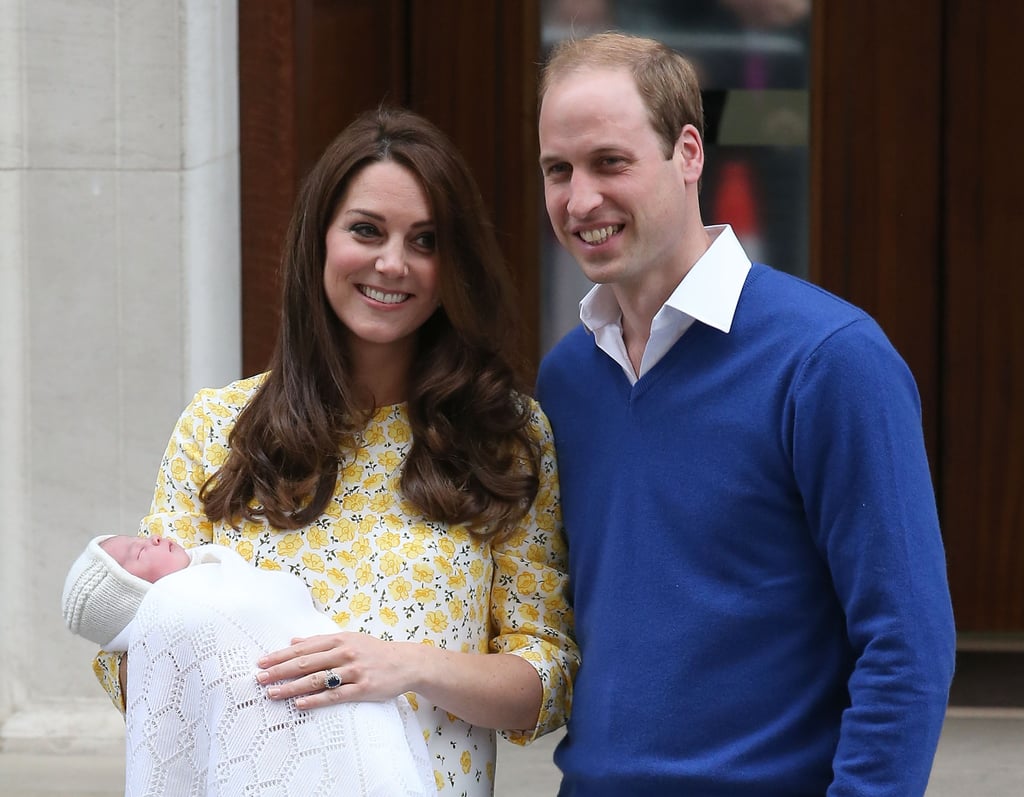 She's just hours old, but Kate Middleton and Prince William's daughter is likely the most photographed child in the world today. At 8:34 a.m. BST, the Duchess of Cambridge gave birth to an 8 lb. 3 oz. baby girl — reportedly a week past her original due date — and a mere 10 hours later, Mom and Dad appeared at the door of the Lindo Wing at St. Mary's Hospital to debut their newest addition.

Though the princess slept through the entire spectacle, royal watchers and fans everywhere did get an up-close look at Prince George's new baby sister. Wrapped in a white crocheted blanket and wearing a knit bonnet, the baby appeared to have a head of dark brown hair — much like her mother — and soft features reminiscent of her big brother's.

Read on to get a closer look at the fourth in line for the British throne, and stay tuned as we wait for the royal couple to announce the princess's name.