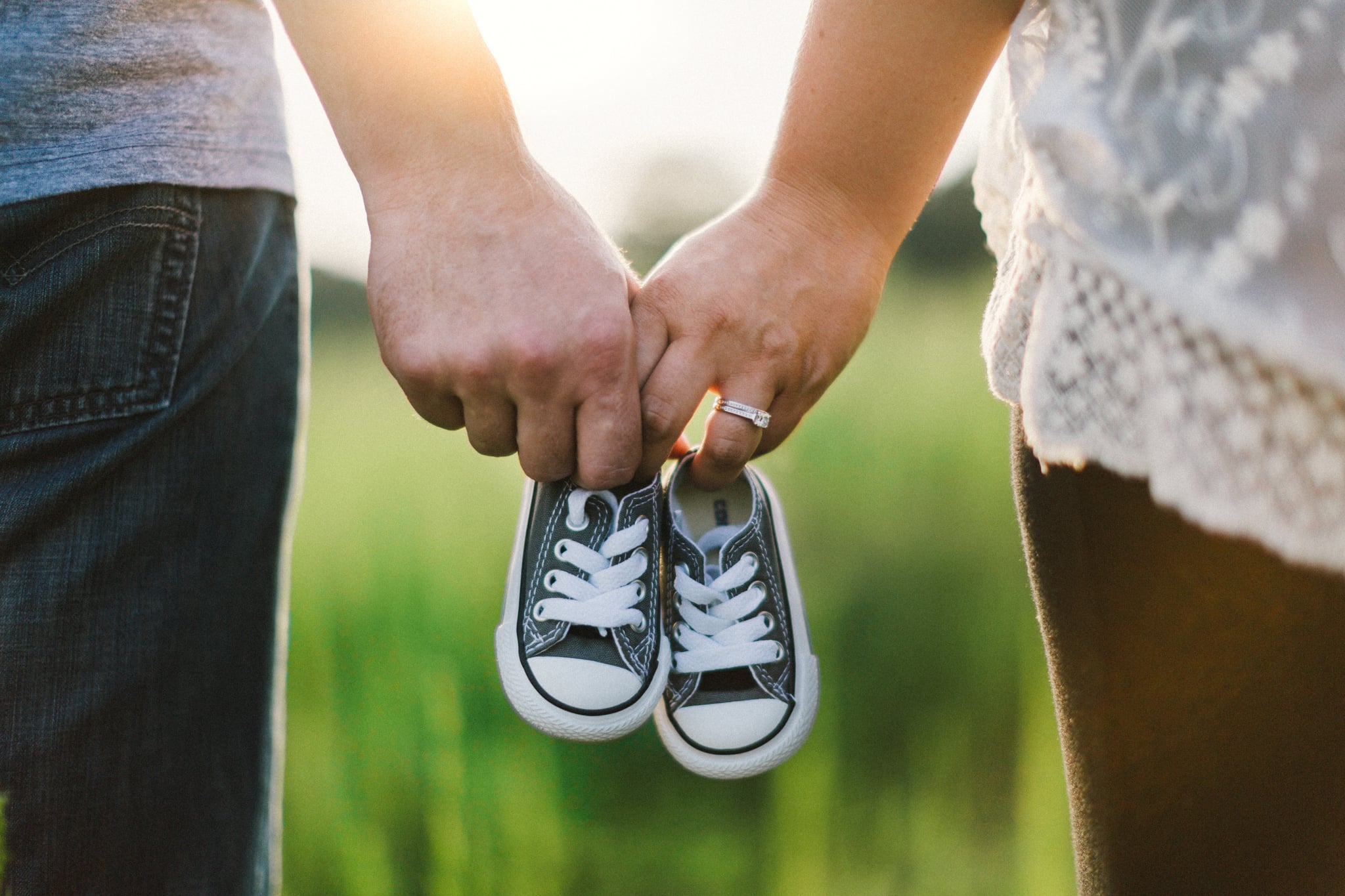 When I found out I was pregnant with my 5-year-old daughter, one of the first things I did was share our exciting news on Facebook, along with a photo of me pointing to my belly. It never occurred to me that anyone who saw my post would feel anything other than excitement for us. Until, after years of trying to get pregnant again, I lost the baby late in my second trimester. Soon after the loss, I remember seeing pregnancy announcements on social media, and literally feeling sick. All I could think was, "Why do they get to be happy, and I don't?" I know that might sound unfair, but I was grieving. If I could go back in time and not post my own pregnancy announcement online, I would. Because now I understand how tough it can be for people struggling to have a baby.

I also understand how, when you are excited about being pregnant, you want to shout it from the rooftops, and a Facebook post is the modern-day equivalent of doing just that. It's not that I begrudge anyone the right to announce their pregnancy on social media, especially since I did it myself. Everyone deserves to celebrate happy news, and share it with anyone (or everyone) of their choosing. I wish I could be happy with you, but for me, seeing that post after losing my baby felt like being sucker punched — it's brutal.

Related:
Why I Didn't Announce My Pregnancy on Social Media

After my miscarriage, lots of things sent me into a spiral: TV shows, advertisements, happy new moms on the street. The hardest part was that I couldn't control what I came in contact with when I started scrolling online. I could be mindlessly clicking through funny memes and food pics when all of the sudden, I come across a pregnancy announcement shared by someone I don't even know that well. Depending on my mood, seeing this can be extremely triggering. I might cry for hours, spiraling into a deep feeling of hopelessness. Obviously, I can't prevent anyone from posting an announcement on social media, and I wouldn't want to control what people post. Instead, these days, I tend to avoid Facebook and Instagram as much as possible, as an act of self-protection.

Another thing that I've found incredibly tough after struggling with infertility and loss: it's hard to relate to people who feel confident enough to share pregnancy news online. After the very traumatic loss I suffered, I went through an emotionally and physically grueling IVF cycle to conceive. When I found out I was pregnant, I feared telling a soul other than my husband. What if I jinxed it? What if something happened, and then I'd have to tell all those people we lost the baby again? I'll look at a social media pregnancy announcement, and just start feeling alone with what I've been through. How can they be so carefree? Why is their story all roses and balloons, while mine is fraught with ups and downs, and fear and pain and sadness?

Related:
IVF Was the Hardest Thing I've Ever Done, and I Want to Do It Again

Because let's face it: often what we put out on social creates an illusion that our life is perfect. But after struggling to conceive, I know that's the furthest thing from my reality. I can't even imagine what a pregnancy announcement would look like for me at this point. My face would be streaked with tears. I'd be staring off into the distance, blankly, probably thinking about the loss and pain my husband and I had been through to get here. I'd be covering my belly with my hands, afraid something could happen to this baby, and that it would all go away. I'd be surrounded, not by balloons, but by negative pregnancy tests, and used IVF needles. The caption would say something like, "I'm scared sh*tless. And totally beat up from all the 'nos,' and 'I'm sorrys.' I want to be excited, so hopefully that will come later. For now, just know that if you are struggling with infertility, you aren't alone." Now that's a pregnancy announcement I'd like to see on social media.