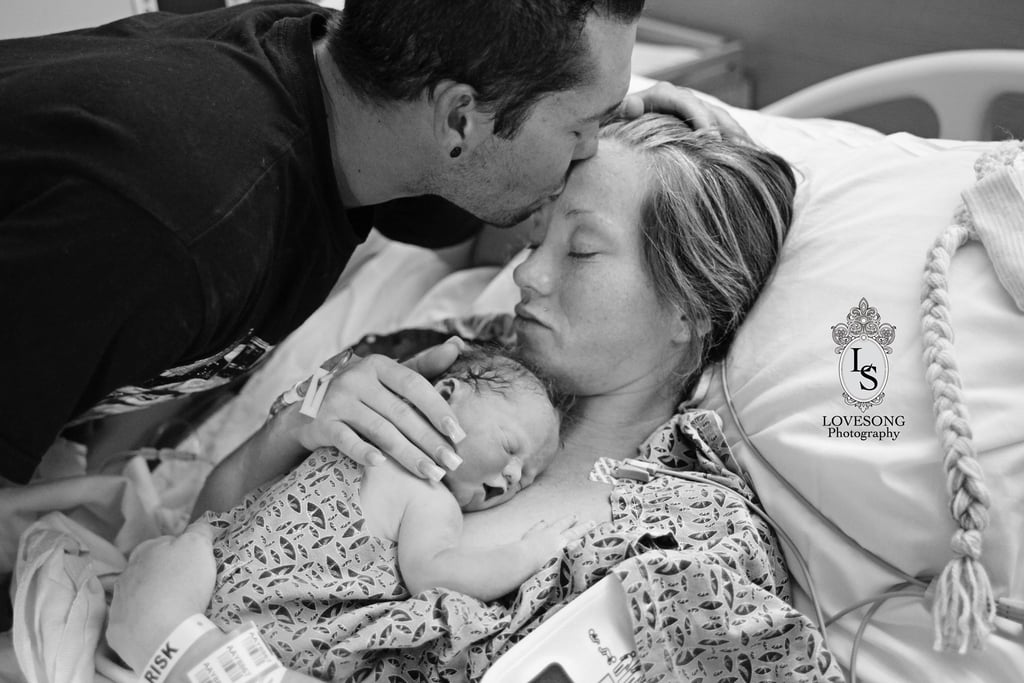 The Most Heartbreakingly Beautiful Newborn Photos You'll Ever See

"I grabbed mom's hand and I told her this was quite literally the worst thing that could ever happen to a mother, but together we were going to get through this," Lindsey Natzic-Villatoro of Lovesong Events and Photography said of the scene when she entered Emily McClearen's delivery room. Emily and her husband, Richard Staley, were about to enter into surgery for the unthinkable procedure that would bring their stillborn baby girl into the world.

The baby was full term, and Emily had had a normal pregnancy, but on an ordinary morning, she was concerned about a lack of fetal activity. She drove herself to the hospital, where they put her on a monitor. The nurse was unable to find a heartbeat. An ultrasound revealed that the umbilical cord had wrapped around her neck and that she was no longer alive.

The doctors gave Emily the choice of delivering her baby vaginally or via C-section, and she chose the latter. The heartbroken couple returned at 5 a.m. the next day for the surgery.

"I am a professional but human," said Lindsey, who specializes in photography sessions that are designed to support and heal families coping with a loss or tragedy. She was called in by a friend of Emily's to capture the emotionally charged birth of her stillborn baby. "Set aside my everyday photography, I photograph about 15-20 terminal sessions a month that range from every tragedy under the sun, but that never makes it easy," she continued. "Every session I do affects me differently."

The following images are the results of Lindsey's flawless work in capturing Monroe Faith Stanley's tragic entry to and departure from the world. We'll warn you, they're tough to look at, particularly due to the fact that at 6 pounds, 2 1/2 ounces, Monroe looks like any other healthy newborn. It is the Stanley family's hope that Monroe's first and only photos be shared to bring comfort to other families who have experienced similar tragedy. We think you'll agree — it's impossible not to be moved and captivated.