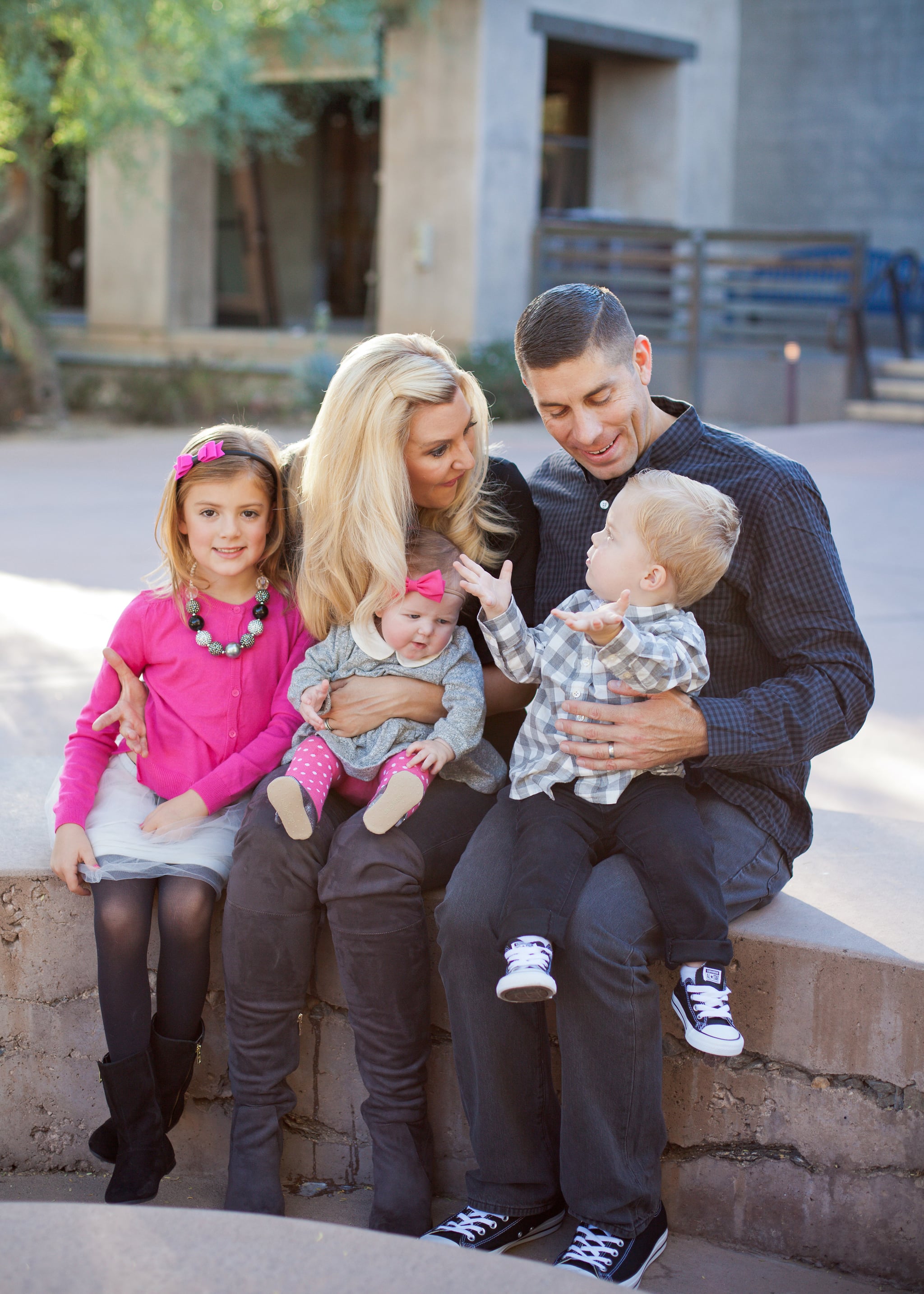 Impossible. That was the only word I could muster when the stick flashed "PREGNANT" before my eyes.

After a few moments of standing frozen in time, I fell to the floor and cried. But not tears of joy. Instead, I was overcome with emotions of fear, confusion, and dare I say it, anger.

You see, I was not planning on getting pregnant. With a 6-year-old girl and a 6-month-old boy, my family was complete. I knew my husband wanted a third and was willing to table the discussion for the time being. But in my mind, that discussion was never going to happen. We'd been through a lot in the past six months — challenges that tested our parenting, our marriage, and our financial security. In no way did I think adding a third human being to the fold would do anything but cause additional problems.

To say the pregnancy was a shock was an understatement.

To say the pregnancy was a shock was an understatement. I got pregnant with my oldest daughter with barely any effort, but I struggled to have our second. Two years, three miscarriages, and infertility specialists left both my husband and me emotionally bruised.

Although we were thrilled to bring a second child into our family, his arrival threw our world off balance. He had colic, wouldn't sleep, didn't take to breastfeeding, and was an overall difficult infant. I struggled with the baby blues, often snapping at my older daughter for no reason or wishing someone would just take the baby away from me.

My husband and I were tired, leading to fights in the middle of the night over what to do to calm the baby down. We'd fight over email about what time he'd be home from the office and fight over text about how we'd pay for daycare once I went back to work. Then, we'd fight about our fight the night before. It was a hurricane of arguments and emotions that spun around me for months.

But it got better. The baby started sleeping, I went back to work and reclaimed my professional footing. The train — which had veered off track — was finding its way back. My husband and I took a long weekend away together.

And then that pregnancy test.

I called my husband to break the news. After a pregnant pause (pun intended), he managed to stammer a nervous, "Umm . . . congratulations . . . ?" He then explained how a third child, though unexpected, would round out our family. I cursed him, thinking he had somehow done this purposefully.

For two months following, I experienced almost every emotion possible. At first I was in denial. Other than my traitorous husband, I didn't tell anyone I was expecting. I didn't schedule a doctor's appointment, and I continued about my life as if nothing had changed.

I was angry. Angry at God who was obviously playing a cruel joke on me, and angry at my husband for getting me pregnant.

My anger turned to guilt. I had more than a few friends struggling with infertility — I've helped give them their shots and cried with them after countless disappointments. I was guilty that I was the one who was pregnant, not them. And I was guilty for feeling angry about something that I knew deep down was such a miracle.

I wish I could say there was one moment where the skies opened and I felt joy or peace about the impending birth.

I wish I could say there was one moment where the skies opened and I felt joy or peace about the impending birth. To be honest, I was mostly afraid. I was scared that another child would destroy my marriage or deprive my other children of the love they needed from me. I was afraid I could not be a mom, much less a good one, to three kids.

Eight months after I sat in a puddle of tears on my kitchen floor, my third child, and second daughter, arrived. Nine beautiful pounds of squishy perfection. I won't lie and say it's been all rainbows and sunshine, but I will say that I truly believe I was meant to be a mother of three. It may not have been my plan, but it was the plan for me.

My youngest daughter brings a source of light and joy to our home that I've never seen before. Watching my son — now almost 2 — try to tickle her feet, feed her a bottle, or bring her a blanket melts my heart every single time. Witnessing my oldest daughter take on such a leadership role in the house has been remarkable.

My marriage is stronger, too. My husband and I have learned to come together as a team, communicate better, be honest with our feelings, and share in the brief moments of silence in our house after all the kids are asleep and we can just be.

I think back to that day — the positive pregnancy test day — often. I don't regret my initial emotions. They were real. And while I will never shy away from saying that my third was unplanned, I now know she was always wanted.

Music
TikTok's Changing the Music Industry For Better or Worse, and Artists Are Caught in the Middle
by Hannah Resnick 5 days ago

Pregnancy
Constance Wu on Returning to Work After First Child: "It Was the Hardest Day"
by Sara Youngblood Gregory 1 week ago