.@savannahguthrie and @hodakotb speak to Florida teacher Melissa Falkowski, who hid with 19 students in a closet during the shooting. All of them made it out safely. pic.twitter.com/xBtmlRoce6

As the fire alarm sounded at the end of the school day on Feb. 14, Marjory Stoneman Douglas High School teacher Melissa Falkowski took about 20 steps out of her classroom with her kids when she was informed that, actually, there was an active shooter on campus. The teacher ran with her kids back into the classroom, where she hid with the 19 panicked students in a closet while a former student walked the campus armed with an AR-15, shooting and killing at least 17 people.

For 40 minutes, Falkowski and her crying students huddled together in the closet until SWAT team members rescued them — all 20 of them were finally safe.

Now, Falkowski is being praised for her quick instincts and bravery, and while she's deserving of that praise, she admits that she's frustrated because the teachers at Marjory Stoneman Douglas were prepared for this exact scenario not two months ago. And the fact that they even had to be prepared for something like this, and that there were still deaths, is because the US government is failing us.

"We could not have been more prepared for this situation, which is what makes it so frustrating," Falkowski told CNN. "We did everything that we were supposed to do. Broward County Schools has prepared us for this situation, and to still have so many casualties, at least for me, it's very emotional. Because I feel today that our government, our country, has failed us and failed our kids and didn't keep us safe."

Another student, Delaney Tarr, echoed Falkowski's frustrations: "This was my teacher. I was in that closet. Having to feel that fear and see all those people think they're going to die is something no person should experience." 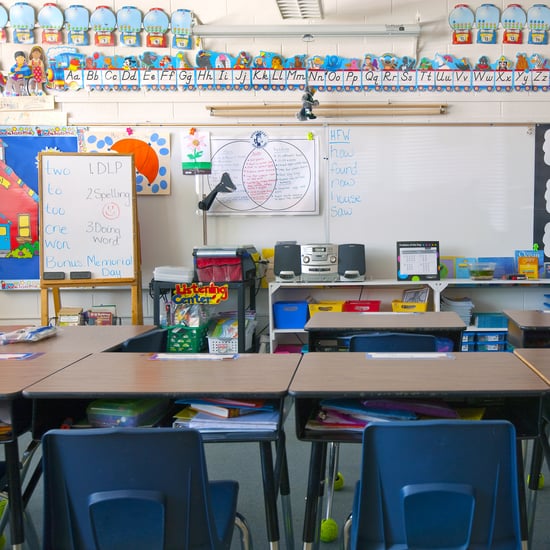 Back to School Shopping
If You're a Teacher, You've Got to Shop Target's Back-to-School Selection
by India Yaffe 8/05/21