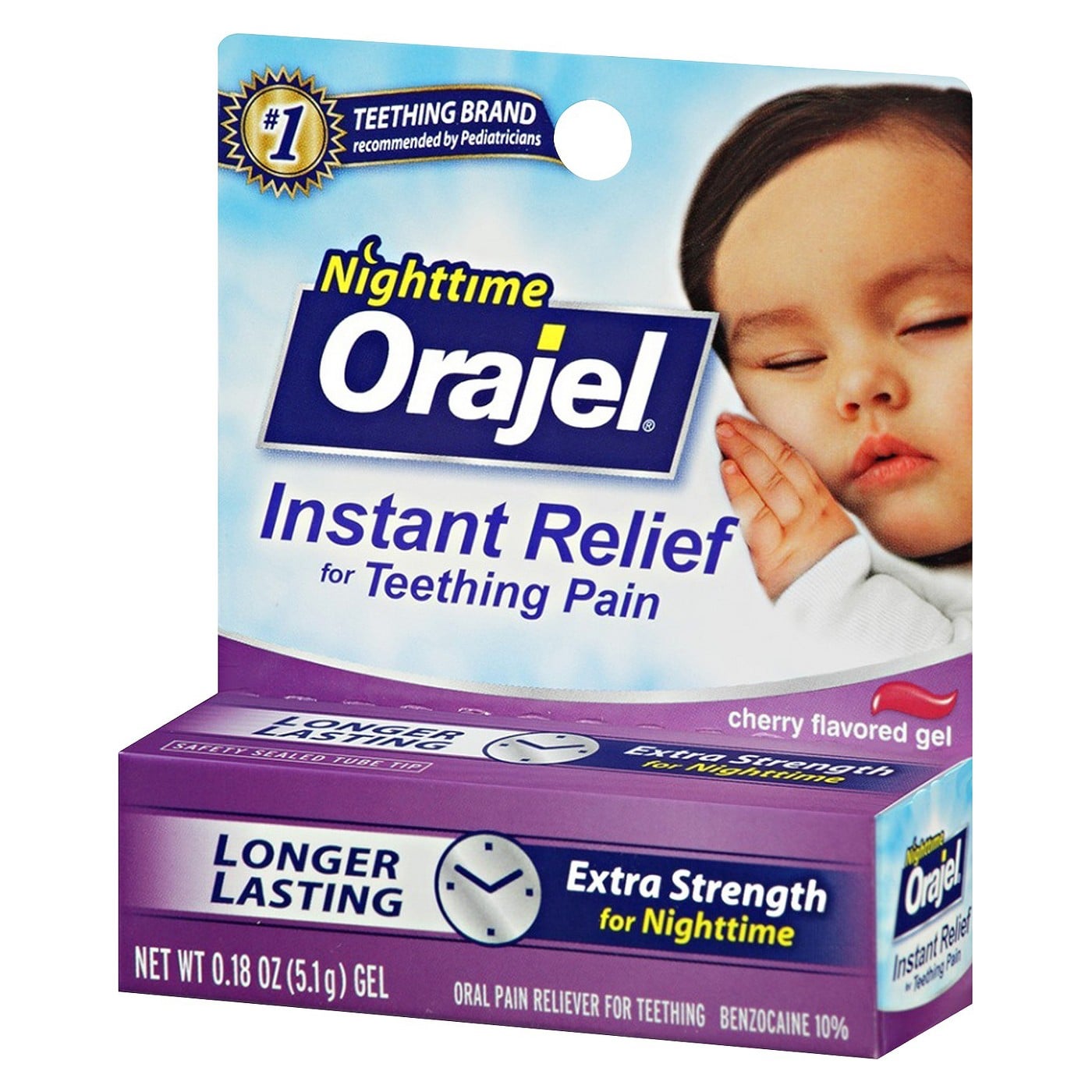 Watching a baby struggle through the pain of teething is enough to make any new mom want to try anything and everything to ebb their child's suffering. However, a mom's recent warning about teething gels — which the FDA has urged parents against using due to the potential effects of benzocaine — is one that needs to be read by all parents before they spring to purchase an over-the-counter remedy to soothe their little one.

In a post to Facebook, Danielle Kapetanovic describes a frightening situation in which her 15-month-old became unresponsive seconds after Baby Orajel was applied to her gums. "The directions say apply a 'pea size' — I put less than a pea size on my finger and applied it to her gums," the mom wrote. "Chloe immediately turned red, started kicking, got one or two screams in, and 10-15 seconds after the Orajel touched her gums she became unresponsive. Her eyes locked in a dead stare, she became limp and stopped breathing. She turned blue."

Kapetanovic tried hitting her daughter's back to wake her up, but to no avail, then ran her to the next room, laid her down on a bed, and began breathing into her mouth as Chloe's dad called 911. Thankfully, Chloe woke up screaming a few seconds later, with the whole ordeal lasting about 20 seconds in total. EMTs, and later her pediatrician, checked the little girl out, and luckily she's OK — but Kapetanovic wants to be sure it doesn't happen to any other parents.

"Please, do not give your children Baby Orajel. The potential temporary relief it may provide your baby from teething is simply not worth the risk," she wrote.

Orajel and similar teething gels contain the ingredient benzocaine, a local anesthetic that can lead to a rare but serious condition called methemoglobinemia. According to the FDA, the disorder causes the amount of oxygen carried through the bloodstream to be "greatly reduced" and in severe cases, can lead to death. The FDA "recommends that parents and caregivers not use benzocaine products for children younger than 2 years, except under the advice and supervision of a health care professional."

If you have a baby who is teething, heed both Kapetanovic and the FDA's warnings and avoid use of teething gels containing benzocaine. And even if you've heard this warning before, share it with all of your mama friends to be sure they're aware of the dangers as well — it takes a village!

Here are a few alternatives to soothe your baby's teething pain: