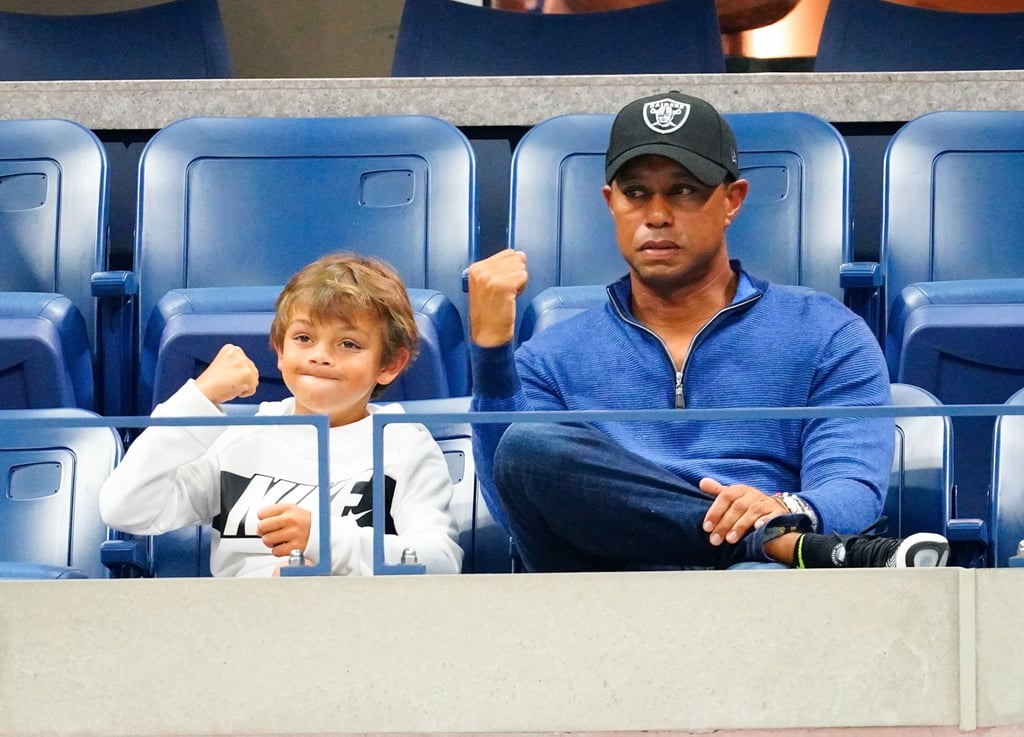 On Monday, Tiger Woods attended the 2019 US Open to cheer on Rafael Nadal, and this time, he wasn't the athlete sweating it out on the green. Tiger and his girlfriend, Erica Herman, watched the intense match versus Croatia's Marin Cilic alongside Tiger's 12-year-old daughter Sam Alexis and 10-year-old son Charlie Axel. Tiger might have been a spectator, but his excited fist-pumping reactions were exactly the same as when he plays, and his son definitely took note. Not only did Charlie pick up on his dad's famous fist pump during the match, but they had all the same facial expressions and even styled their hats the same way while watching. Too cute!

Tiger and his ex Elin Nordegren have two kids together — Sam and Charlie — and they're often seen cheering on their dad when he plays, as they recently did when he won the 2019 Masters Tournament in April. Now, they've joined Tiger in witnessing the greatness that is Rafa Nadal. Check out photos of Tiger and his adorable mini me son Charlie at the 2019 US Open ahead.

Related:
You Will Love This Guide on How Tennis Scoring Works
Previous Next Start Slideshow
Tiger WoodsCelebrity FamiliesCelebrity KidsTennisUS OpenAthletes