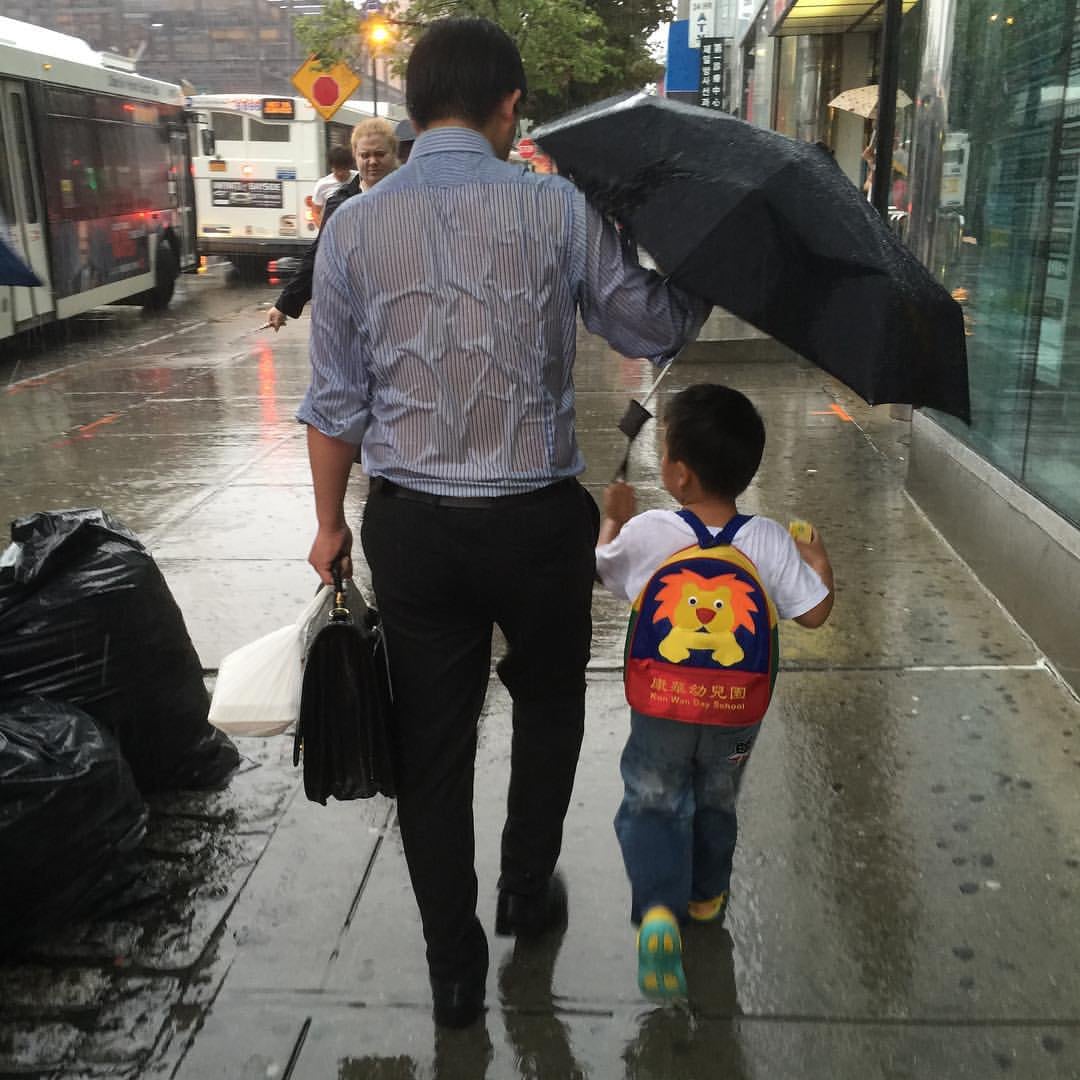 Parents make sacrifices for their children every day, but not all are as photo-worthy as this.

The image, posted on Imgur, shows a doting dad walking with his son on a rainy day. Instead of attempting to keep them both partially dry, the father completely shields his little one from the storm — while getting completely soaked.

It's pretty amazing how quickly such a simple-yet-selfless act has gone viral. Eumine Choi snapped the picture in Queens in New York, and now the man, dubbed "Umbrella Dad," is capturing the hearts of millions with his sweet gesture. "But you see, dad is doing more than keeping him dry," said one Reddit user. "He's teaching him how to put others before himself."

Despite the father's kind intentions, the photo still leaves some users, like this one, unimpressed: "Moms would have brought two umbrellas." It isn't easy being a dad!