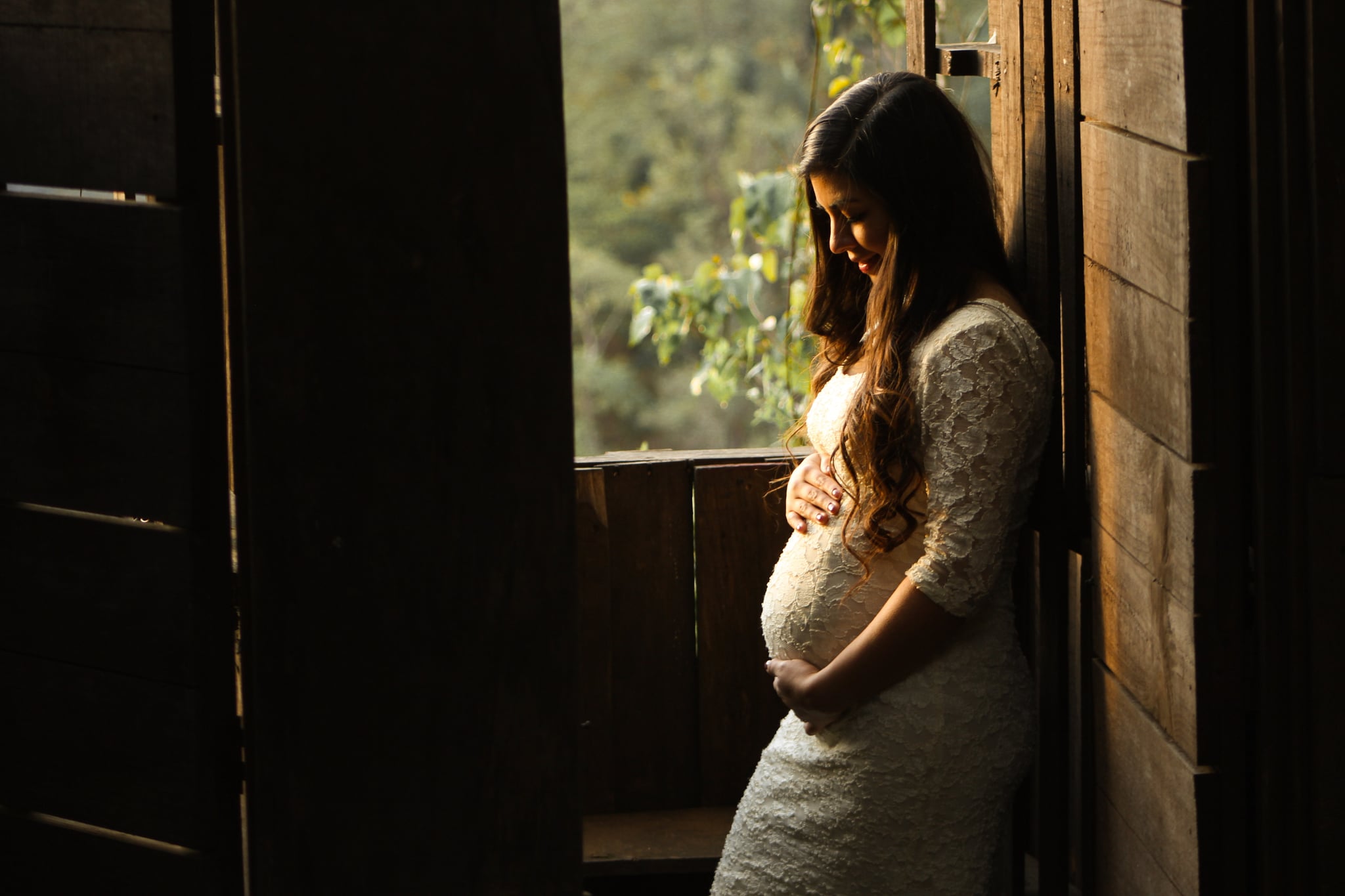 Society makes a lot of assumptions about what makes someone "ready" to have children — enough money, enough maturity, enough selflessness — with everyone usually thinking that you'll get there by 35. I disagree. I never become loving enough to have kids; I became loving enough only once they were born. I became unselfish because I had to. I learned to work hard and make money because they were there, needing me to do so. And I wasn't anywhere near 35.

Sure, I still make parenting mistakes every single day. But would I have magically overcome this foible if I'd waited until I was 35? No. Would I have been much worse at 24? No, I really don't believe I would have.

Children made me better than I ever would have been without them, and I wish I'd known that sooner.

In this day and age of fertility acupuncture in your late 30s, IVF at 42, and adopting at 48, it probably sounds odd to say I wish I'd had my first child before the age of 28. The truth is, though, I waited way too long. Not because I lack energy or am compromising my retirement or am currently in the throes of menopause; it's not my body that's the problem. It's the simple fact that children made me better than I ever would have been without them, and I wish I'd known that sooner.

Related:
Is It Too Soon to Have Parenting Regrets?

When I was 24, shortly after I married my husband, we decided to start trying. The idea of a baby was really exciting. I was getting a master's degree in teaching, he was working for the IRS (nerd), and we had the perfect life. We made several mistakes that first go-round. For one thing, I let myself believe I was pregnant that first month, and the truth that I wasn't was devastating. It was silly, but it really put a damper on things. For another, we told too many people that we were trying, which gave them a chance to air their opinions. Nothing happened, and we gave up.

For the next several years, nothing changed. I was in and out and school and never really accomplished much other than proving I could be a good student. I was happy, but not fulfilled. I wanted a baby, but I was too afraid.

Once I'd graduated from teaching school, decided it wasn't for me, moved to Chicago, gotten another master's degree in journalism, and moved back to my hometown of Portland, we started thinking about babies again. But this time, we did so casually and quietly. We'd been burned and had no desire to experience that again. So it was a real surprise when I got pregnant immediately upon going off the pill. And that's how my daughter became one half of the best thing that ever happened to me.

Be careful of the public perception that older is better. For some, it is. For me, it wasn't.

While I loved having a kid, pregnancy didn't agree with me, and I didn't like what it did to my body. I knew I wanted another one, so six months after we welcomed our daughter, I figured I should just try and get pregnancy number two over with. Boom. Baby boy.

People weren't very supportive of this move, and that was only after I was already pregnant. They warned me I would never sleep or assumed I would only choose such spacing if I were intending to have 12 kids. No one believed me that I wanted two and didn't want to wait.

Having kids "young" and right in a row was the smartest decision I ever made. Instead of achieving my dreams on my own, I did them with my family in tow. I became a writer (FINALLY) and learned to work — really work. My husband and I faced and dealt with relationship problems that had been threatening to break us for more than 10 years. I shed toxic friendships with abandon and cultivated only a few new ones. I wrestled my terrible temper under control. I got sober.

Every difficult step moved me closer to the person I was meant to be, and I truly believe none of it would have happened without my beloved babes there to push me along. I'll say it one more time: I waited too long. So be careful of the public perception that older is better. For some, it is. For me, it wasn't. Children just might be the missing piece to your entire life. They were to mine.