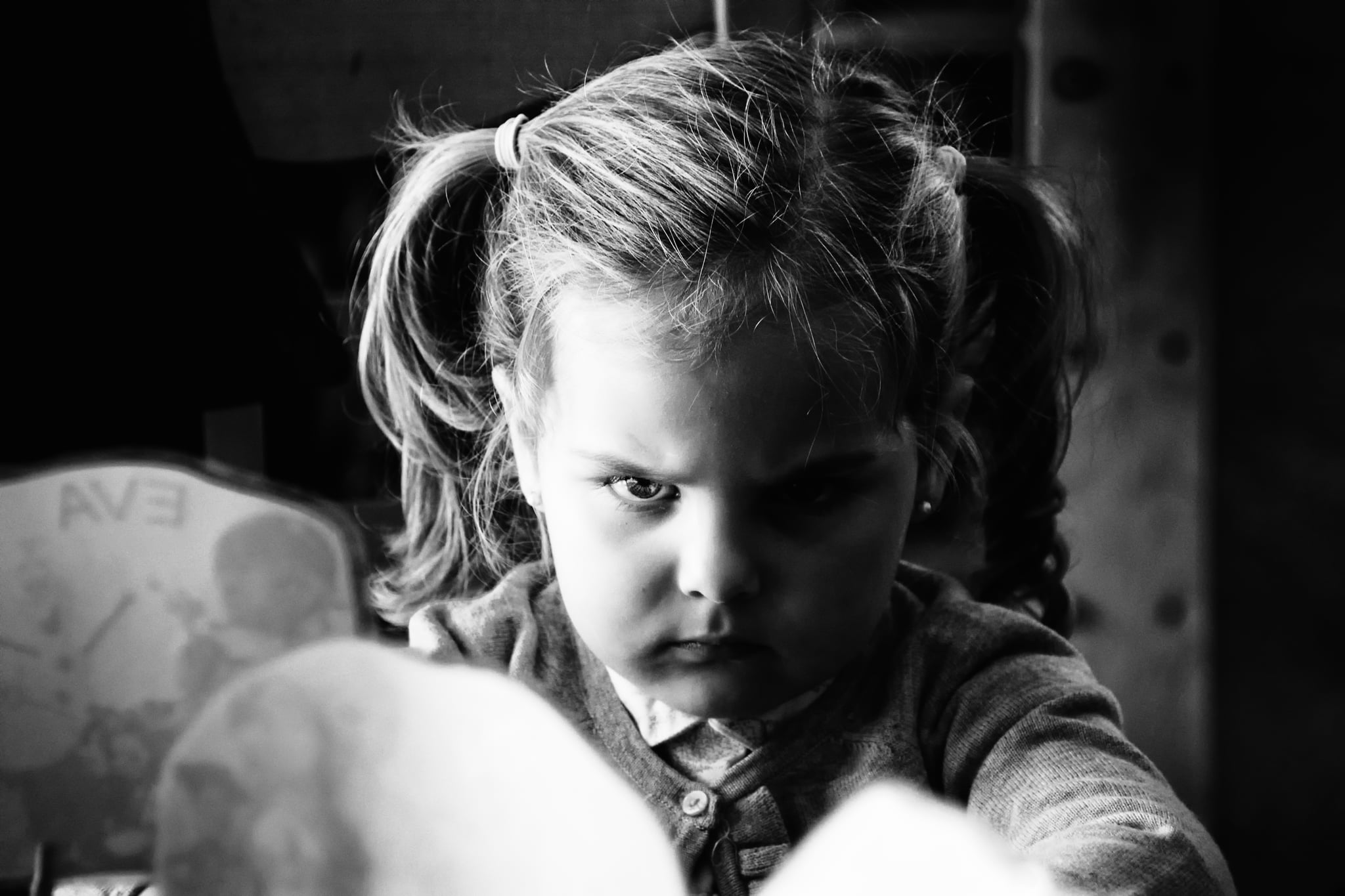 It started innocently and simply enough. I wanted my daughter to be happy, and from the time she could start expressing her own wants and needs, that often meant giving her whatever she asked for — within reason, of course. In my mind, feeding her a cookie for breakfast or buying a cheap stuffed animal at the Walgreen's checkout line wasn't hurting anyone, right? It was about conflict aversion, preventing meltdowns, and picking my battles, all skills every mom needs to survive.

But somewhere along the line, things got out of control. I realized that I wasn't the only one constantly capitulating to this tiny person's needs. My husband was doing it, taking her to Home Depot on a Saturday and somehow coming home with a couple of new toys from Target. My mom, whom my daughter calls Gaga, was perhaps the worst offender, making it her grandmotherly duty to do and buy whatever would make my daughter happy. She taught her to circle whatever she wanted in catalogs, then pass them over to Gaga, and magically the items would show up a week later. My mom once told me she was proud of herself because she had imposed a three-sweets-per-day rule for my daughter in her house, as if feeding a 3-year-old three ice cream cones a day was an exercise in restraint.

Recently, as we're approaching my daughter's sixth birthday, I realized all that well-intentioned giving has taught my daughter one thing: she's the boss in our family. And what the boss says, she thinks, always goes. Well, f*ck me.

I'm currently, frantically trying to backpedal, to teach her that her shiny, happy life isn't something she should take for granted as much as she obviously does. After all, she's not a monster, and I'm not a completely irresponsible parent. I've taught her about gratitude and using good manners since the day she was born. She knows the difference between right and wrong, between good and bad behavior. Her teacher literally told me she wished she had 18 students just like her in class. But at home, she wields her assumed power like a sword, ready to strike down anyone (mostly me) that tries to challenge her place on the throne.

She wields her assumed power like a sword, ready to strike down anyone that tries to challenge her place on the throne.

I've tried every appropriate punishment for a child who will look me in the face, roll her eyes, and whisper a defiant "no" every time I ask her to clean her room, share with her little brother, or get her own snack. She might concede to a short timeout in a place of her choosing, but mostly she just responds to my threats and admonishments with abject dismissal. I can see what she's thinking: why would the queen follow orders from her minion?

Recently, I've tried pulling out the big guns. After some particularly outrageous behavior, I confiscated all of her much-loved stuffed animals and told her she had to earn them back. She was sweet long enough to get her two favorites, then forgot all about the rest, which are still living under my bed months later. I often threaten the loss of her precious iPad, but she always calls that bluff, knowing that she can get it back just by annoying me for a few hours, after which I'll be begging her to keep quiet and zone out with her favorite screen for a while. I've warned her that I'll cancel birthday parties and playdates, but she knows that these are mostly idle threats.

Related:
Why Having a Bossy Girl is a Good Thing

So for now, I'm hoping that the sassy little tyrant I'm currently living with will eventually get over her hunger for control and dominance and learn that our house is a democracy, not a dictatorship — or at the very least that she will start using her power for good, not evil.