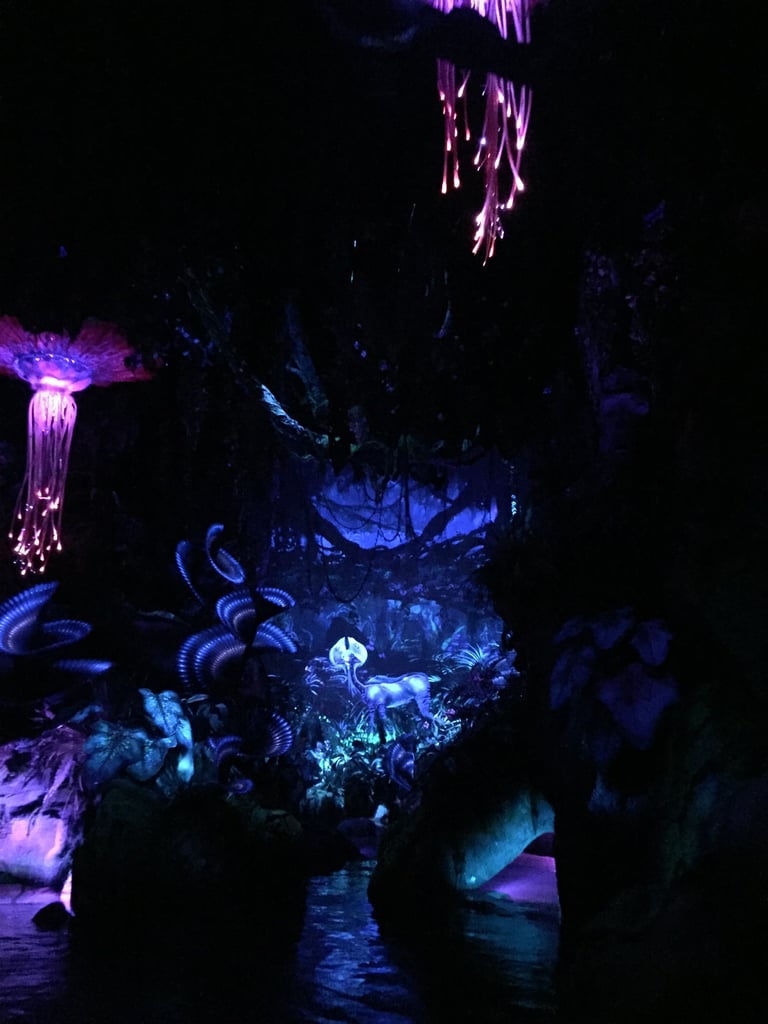 Walt Disney World's highly anticipated Avatar-inspired Pandora is fit for explorers of all ages. The over-the-top land — nestled within Animal Kingdom — is mostly about the floating mountains and bioluminescent plants. Then, of course, there are the rides.

As you approach the line, you'll see an intricate wooden structure depicting the Na'vi Shaman of Songs. The line itself is filled with interesting sights and lush plants that make for the perfect family photo op. Once inside, you'll board a cozy two-row boat that seats about three to four people per row.

Then the real magic happens. As the boat begins to move, explorers make their way deeper and deeper into a bioluminescent rainforest, where they can gawk at the many plants and animals that inhabit it. Every single corner of the Na'vi River Journey is taken up by a glow-in-the-dark plant or incredible animal projections that will make you question your vision. By the end of the ride, you'll encounter the Shaman of Songs. The character's animatronic, by the way, will be the most advanced you've ever seen.

Though your little ones might not have ever seen Avatar, as it has been eight years since its release, they'll still be awestruck by this eye-catching attraction.

Related:
There Are Boba Balls in Everything — and Other Food Revelations From Disney's Pandora
Previous Next Start Slideshow
Walt Disney WorldDisneyAvatarPandora: The World Of Avatar
Around The Web

Disney
Disney Cheeseboards Are a Thing, and I Suddenly Need Some Charcuterie
by India Yaffe 11 hours ago