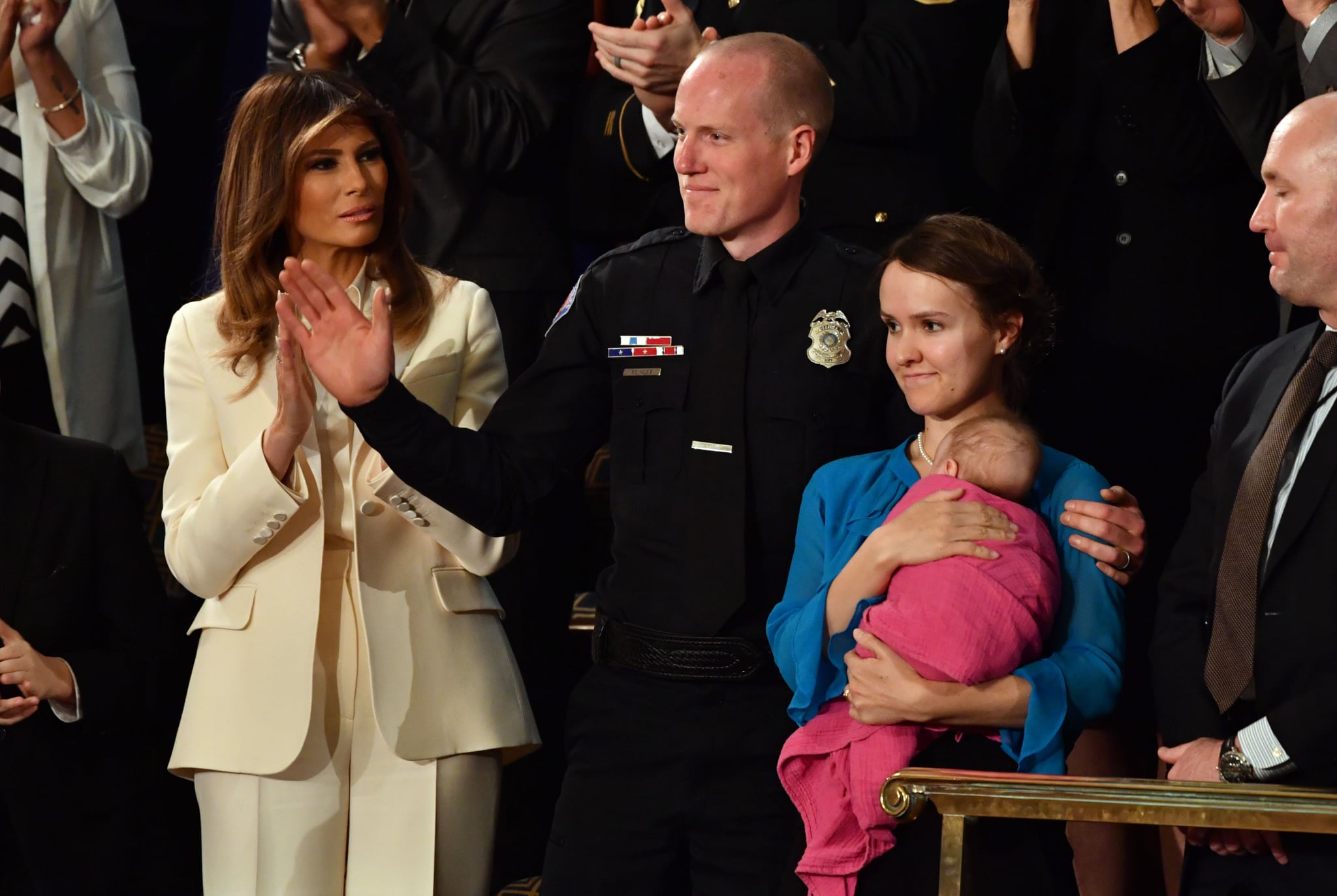 After tuning into Trump's first State of the Union address on Jan. 30, many viewers had questions about the family that the President and the First Lady honored. After all, that baby's sweet little face was definitely hard to miss. The couple in question is Albuquerque police officer Ryan Holets and his wife, Rebecca, the same pair who adopted a homeless, heroin-addicted woman's baby while she was still pregnant back in September 2017.

During a routine call, Ryan saw a 35-year-old pregnant woman, Crystal Champ, injecting heroin and offered to adopt her unborn daughter on the spot, and she agreed. Baby Hope was born on Oct. 12, and the Holets added a fifth child to their family.

Ryan and Rebecca made the trip to Washington along with three of their five children to be honored by the President for "breaking down walls between drug addicts and police officers to help save lives," according to a press release:

"As we have seen tonight, the most difficult challenges bring out the best Americans," said Trump, as the parents received a standing ovation from the audience. "Ryan and Rebecca, you embody the goodness of our nation. Thank you."

Although baby Hope was immediately treated for opioid addiction after being born, Ryan said that her health is improving each and every day in an interview with The Washington Post in December: "She's gaining weight, eating well, sleeping well. We're just praying and hoping for the best for her. As far as development goes, we won't know the effects until she's older."

And despite initially refusing treatment for heroin addiction, Crystal Champ and her partner Tom Key finally decided to enroll in a rehabilitation program. Ryan decided to help the pair out as much as he could by starting a GoFundMe page to raise money to cover the cost of the treatment.