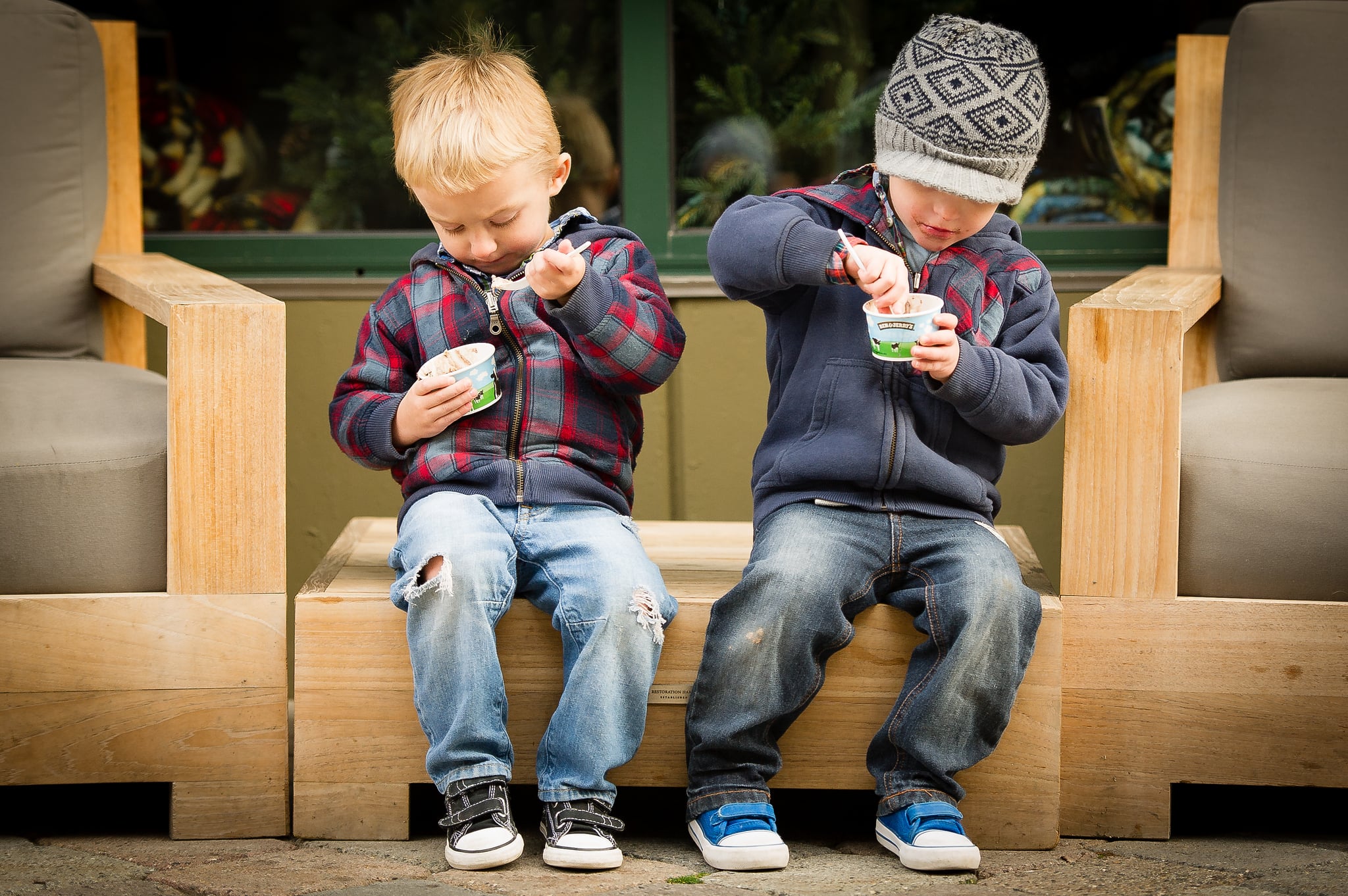 My husband, two kids, and I were about five days into a two-week vacation with my parents when I realized it: I was actually jealous of my 65-year-old mom and dad. Not because they were planning a trip to Morocco, not because they could go to a movie any night of the week, and not even because they slept nine hours most nights (OK, also because of all those things).

I was envious because their job descriptions as grandma and grandpa were so much more fun and less stressful than the roles of mom and dad — and they were totally throwing it in my face.

Suddenly, I had an epiphany about why grandparents are so freaking jolly.

Suddenly, I had an epiphany about why grandparents are so freaking jolly. Not only do they have the awesome job of giving their grandkids, whom they undeniably love immensely and unconditionally, absolutely everything they possibly want — "Ice cream for breakfast? Sure! You can't decide between those two toys at Target? Let's buy them both!" — but doing so also gives them the added joy of sticking it to their kid (i.e. me), who undoubtedly provided them with that unique brand of torture only one's own offspring can dispense throughout their own childhood.

Remember that time you decided to see if the hose was long enough to reach around to your bedroom window, then proceeded to unleash a steady stream of water all over your new shag carpet? Well, here's a sugared-up kid with a water gun in your house as payback.

Remember all those meltdowns you had because mom wouldn't buy you every single Care Bear ever made? Enjoy your son's 12 new superhero vehicles, complete with tiny plastic torpedoes that you'll be finding under your couch for the next decade.

Remember the great Spin Art disaster of 1985? Your little one just had to have the biggest, messiest art kit ever made.

I'm not suggesting that a grandparent's only motivation for spoiling our kids is revenge. Of course, they love seeing their smiling faces when they give them way too many birthday gifts or whisper that once mom's out of the room, they're going to slip them another candy bar.

But think about it. If, in 30-ish years, you have the opportunity to innocently pass down a little retribution to the same humans who are currently stealing your sleep, testing your sanity, and driving you to hide in the pantry, wouldn't you do it? I'll admit, the thought brings a smile to my face.

The true key to the grandparent revenge plan is subtlety.

The true key to the grandparent revenge plan is subtlety. Feeding your grandkids cupcakes until they puke does no one any good; neither does letting them stay up all night watching horror movies or buying them the puppy their parents have explicitly forbidden. The subterfuge must be nuanced, tiny little acts that no self-respecting parent would ever allow (like the 9 a.m. ice cream cone my son magically procured from my parents' refrigerator every morning on our vacation), but aren't egregious enough to warrant a serious conversation.

After all, as a grandparent you're practically required to spoil your grandkids. And messing with your kids/their parents? Well, that's the bonus no one has to know about.