Blogger and mom Sabrina Lee of Pearls in April discusses her decision to donate her breast milk. 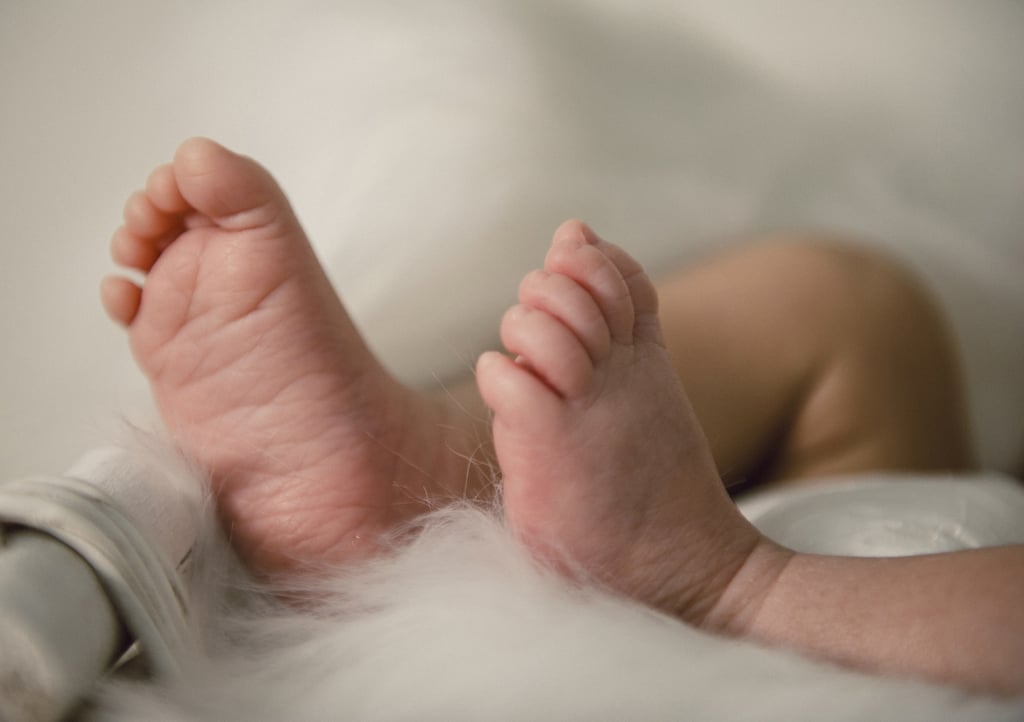 When I first gave birth to Marko, I was given the opportunity to attempt breastfeeding for the very first time with the help of a very kind nurse who was terribly patient and knew exactly how to instruct a very flustered and still shaky new mother. She helped guide his little mouth as he latched on, bringing comfort to what must have felt like chaos for this new little guy. Breastfeeding is supposed to be instinctual and very natural, is it not? Little did I know, this would be the beginning of a very trying time for both myself and my new tiny human.

I understood the science behind it. I read the books, attended the classes, and had set my goals when it came to motherhood: breast is best — my baby would get nothing but for the next six months. 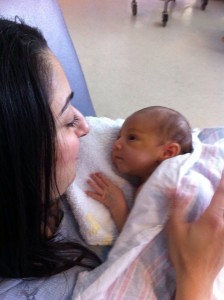 Shortly after his birth, Marko developed severe jaundice and was admitted to the hospital's NICU for a week. His little body was sheltered within an incubator, ultraviolet lights shining down on him to reduce his bilirubin levels. I was permitted ten to fifteen minute intervals every few hours to hold and feed him.

Yet I couldn't. He wouldn't latch. I remember sitting in the NICU, my husband and a nurse standing over head, sweating as I nervously tried to hold my newborn and complete the "simple" task of feeding. Marko was too lethargic to suck and I was an emotional mess. After several attempts, the nurse kindly instructed me to begin pumping so they can at least feed him the milk through a tube snaked through his nose. I walked back to my room, cried and did as I was told.

For the next month, I would sit with my pump in hand every three hours and extract as much milk as I could. I must have been lucky because I produced lots and quickly filled my freezer with bags upon bags of liquid gold. In the midst of all this, I visited with a couple of lactation consultants and even had an emergency call via Skype with one when I feared I was losing my milk during his six week growth spurt (she assured me I wasn't!). I worked hard at it, and as I started to build some confidence, he eventually latched. I was thrilled! We had gotten past the hump and now I was successfully feeding my child. Well, kind of. 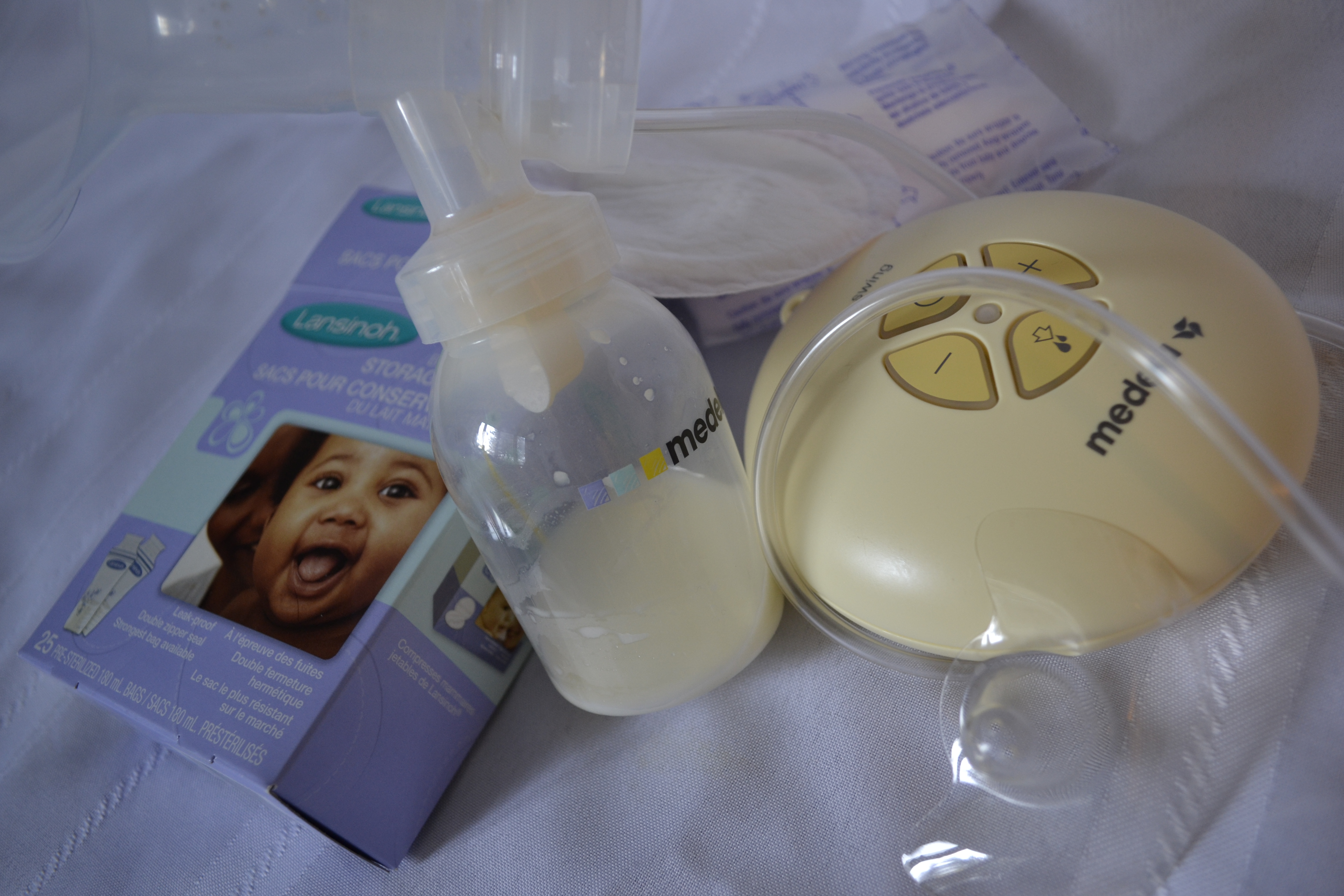 After several back and forth visits with his pediatrician over the course of three months, we finally came to realize that my poor little guy was suffering of acid reflux and an intolerance to cow milk. For every step forward, it seemed like I was taking a few steps back. But what could I do? I wanted to breastfeed and breastfeed I would. I cut out all form of dairy from my diet and after a couple of weeks I began to notice a remarkable change in my baby's behavior. He was calmer. He wasn't screaming after every feed. I had succeeded!

I was thrilled to watch my son finally begin to thrive. He was no longer yellow in color, no longer arching his back, his dirty diapers seemed normal and the eczema on his skin began to clear up. Yet, I was feeling sorry for myself. What would I do with all those bags of milk that I had stored in my freezer? All that hard work of pumping at all hours of the night were now gone to waste, all thanks to my cheese-yogurt-latte filled diet I once consumed. I just didn't have the heart to toss it down the sink.

While discussing my dilemma with a few women, I was made aware of a group called Human Milk 4 Human Babies. Founded in 2010, it is a global network providing families in need of breastmilk a means to connect with women willing to donate. I couldn't feed my own son the milk but I would be able to help another mother out. Within a day, I was able to connect with a woman in my city and donate my bags of milk to help feed her 10-day-old daughter while she worked on increasing her low supply.

I can honestly say, the feeling I got from knowing that all my hard work ended up feeding not only my own child but someone else's was worth every single sacrifice and tear shed. Breastfeeding doesn't always work out for everyone and it certainly isn't easy. At least not for me. I'm grateful that these networks exist and that women feel comfortable enough to share something so intimate with one another. Talk about a community!

I'm proud to say, I'm eight months into breastfeeding and have grown to love every minute of it. It was hard work but it paid off in ways I never thought it would!

Image Source: Pearls in April
Personal EssayBreastfeeding
Around The Web

Parenting
I Came Out as Pansexual to My Mom, and I'm Grateful She Accepts Me For Who I Am
by Larry Stansbury 2 hours ago

Personal Essay
I Have Depression and Anxiety, and COVID-19 Has Taken an Emotional Toll
by Jenna Wirth 17 hours ago

Personal Essay
Even If College Is Open in the Fall, I'm Not Sure I Want to Go
by Sarah Nunez-Lafontaine 22 hours ago