Husband and dad Brett Ortler explains the touching reason why he loves his wife's post-baby body in this post originally featured on Fatherly. 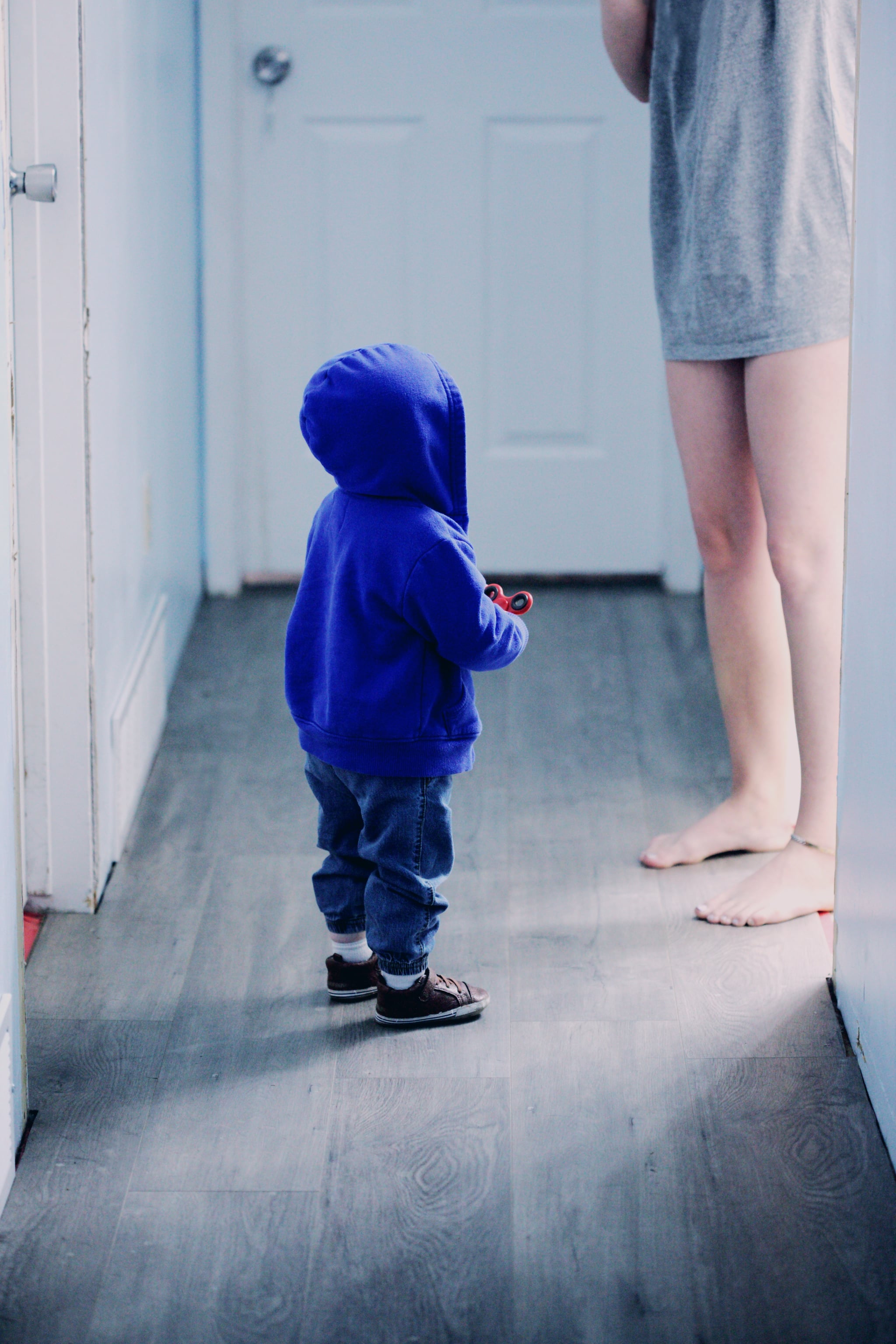 What did I say to my wife about how her body changed after she gave birth?

Plus, it's a little-known fact that pregnancy rarely happens on its own, so I am directly responsible for the changes that have occurred. In other words, this is exactly what you signed up for. When you said, "Let's have a baby!" you may have imagined your progeny taking the first step on Mars, discovering the cure for cancer, or leading the Minnesota Vikings to a Super Bowl title after an excruciating 54 years, but you were also saying:

"Hey, Lady, I'd like you to carry my child for 10 months. If we're fortunate, this will produce a living child. However, this process will dramatically alter your neurotransmitter levels and lead to massive, permanent changes to your mind and personality, not to mention indelible changes to your body. Oh, you'll also become a de facto dairy dispenser and gain enough weight to leapfrog 4 boxing weight classes." And that doesn't mention the most obvious symptoms of pregnancy itself, which, if you read off really quickly would be enough to make most people think they just overheard the terrifying tail end for a new pharmaceutical ad: Pregnadon't.

Of course, it gets worse the more pregnancies your partner has to endure. We've got 2 kids, but my wife was pregnant 4 times in all (our batting average wasn't great). That's a total of 26 months — 2 years of kicking, nausea, and random cravings (pineapple and curly fries were a legit entrée item during the last pregnancy), not to mention the effects of breastfeeding or the scars from C-sections.

Let's be clear: my wife's body has changed because of pregnancy, but so what? Changes be damned, she's the same smokin' spitfire redhead she's always been. And my body has changed too. When I got married, I was 27. I was a weightlifter, a runner, and I still had the sensibility of the wrestler I once was. Today, the only time I lift is when I fly my infant daughter around the room, my usual run involves chasing my 3-year-old while pretending to be the Snow Monster from Frozen, and the biggest opponent I wrestle with is the question of having 3 pieces of pizza or 6 when we splurge for delivery.

The idea of judging my wife's postpartum body is repellent because it's selfish and myopic; I mean, I don't know anything about episiotomies or tiger stripes or discrimination in the workplace, and these are the rewards that a new mother can expect.

Think about this way: if one of your beer-league softball buddies is laid up from work for months, gains a lot of weight in the process, and then has to undergo a major abdominal surgery, I can guarantee you'd never find yourself wondering aloud about his abs, scars, or less-perky pecs. That's because you'd be too busy high-fiving him and saying, "Dude, you lived!" The only difference between that scenario and a pregnancy is, assuming all went well, your partner not only survived but also miraculously produced a human.

And not just any human — that human is your kid. And that kid is part of your family. I love my wife's postpartum body because, when I look at it, I see my family, and my family makes life worth living every day. Also because, after everything I put her through, she still sleeps with me.