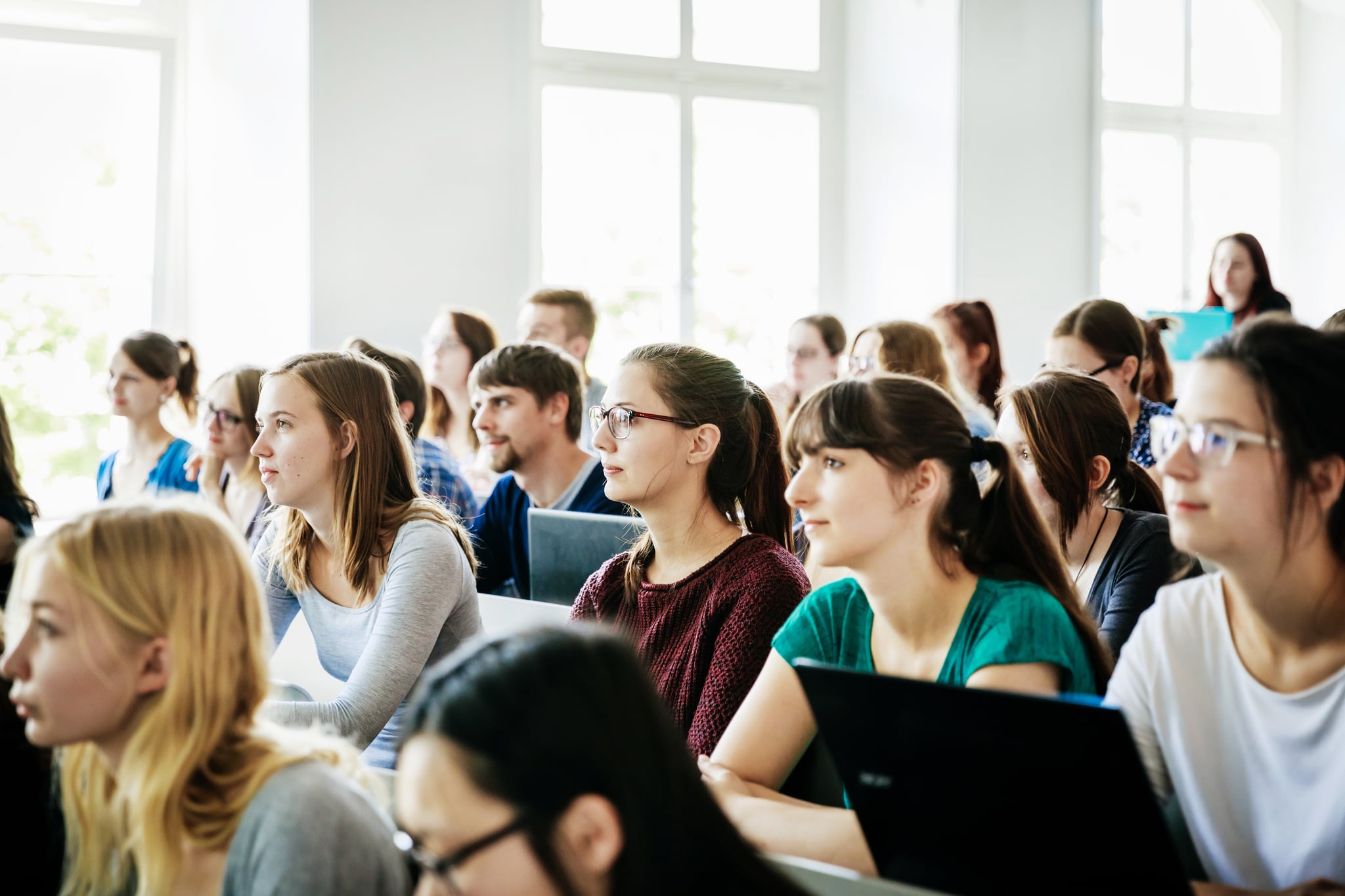 I teach at a university — and it's nothing like you think. But I love it anyway.

I'm in an interesting position that doesn't necessarily fit with the classic image of a college professor — because, technically, I'm not a full professor. My title is "faculty associate," which is similar to adjuncting: only a part-time teaching load, a lower-ranked title, and a lower pay grade. There have been a lot of discussions in higher ed lately about the adjuncting crisis and the damage that's been done — to the system and to the instructors themselves — by relying so heavily on adjuncts who don't get the kind of pay and benefits that the all-too-rare tenured positions get. Teaching like this is hard, but the teaching itself is one of the best things I've ever done.

Related:
Being a Teacher Was the Most Rewarding Job I've Ever Had — Here's Why

While I was getting my MFA, I had my first teaching assignments as part of my grad school funding. I can honestly say that my first day of teaching an in-person screenwriting class was probably in my top three most terrifying moments of my life so far. Not only was I inexperienced, but I was younger than the other TAs and instructors (I was the youngest in my grad school cohort by a full decade), and I look even younger; when I walk into a classroom of undergrads, it's not uncommon for them to assume I'm one of them. And yet, that semester was probably one of the best semesters of teaching I ever had: I had an extraordinary group of students, and even better, I realized that I'm actually a pretty good teacher.

I always learned best from the more accessible, human professors, and I love getting to be one of those instructors now.

That semester also taught me something incredibly important that I've taken forward and that's also a big part of why I love my teaching gig. Instead of looking at my age as a hindrance, I learned that it's actually an asset, because it lets me work with students as fellow human beings, not some inaccessible scion of knowledge. In my own experience, I always learned best from the more accessible, human professors, and I love getting to be one of those instructors now. Since I teach writing and theory in theater and film, which is a more informal field to begin with, it's easier than in more formal disciplines, but the point remains. There's nothing I love more than getting a comment from a student telling me that the improv games we played in class taught them more about dialogue than a textbook could, or that allowing the class to go on a tangent about the merits of Marvel movies actually helped them understand dramatic structure.

Student feedback can be a really awful part of teaching at the college level, but for me, it's been one of the best parts. Up until very recently, I was almost always teaching 200-level, partially pre-scripted courses that were required for all theater and film majors — not exactly the kind of class most students want to take. It can be a slog for teachers, too, and I work hard to find ways to make it less frustrating while still covering all the necessary, fundamental topics. For me, it's incredibly rewarding to hear from students that my extra work actually did what I hoped and made the subject both understandable and interesting.

Related:
I Learned More From My "Sh*tty" College Jobs Than I Ever Did in Class

Last semester, I got a piece of feedback that just might be my favorite ever. I taught a section of a course that had been created by a senior professor. My job was teaching the in-person module, while the supervisor actually created most of the course materials and structure; I could bring in some of my own ideas, but not many. At the end of the semester, I hosted an informal feedback session with my students, with whom I'd built a decent rapport and who I trusted to be honest with me. One young woman told me, bluntly, that the class itself was not particularly useful — but that the way I had taught it and the additional ideas I'd brought in had made her actually want to come to class every day. Reader, I almost cried. That's what I teach for: reaching students in ways like that.

That's what I love most about teaching: the idea that I get to do something that might have a real impact, even a small one.

Despite having a more tenuous employment situation than your stereotypical professor, I also have had an incredible privilege to create and innovate in ways that many adjunct-type teachers don't get to. Over the past year, I've gotten to spearhead the creation of a new set of classes, focused on teaching musical theater writing and theory. And honestly? It's one of the most joyful things I've ever done. Getting to teach the topics I love most is ridiculously satisfying — and I love the idea that something I create will outlast my stay at any one institution.

In the end, that's what I love most about teaching: the idea that I get to do something that might have a real impact, even a small one. Don't get me wrong: working in higher ed is difficult, underfunded, and sometimes underappreciated, but I genuinely love getting to work with my students and create something that lasts.