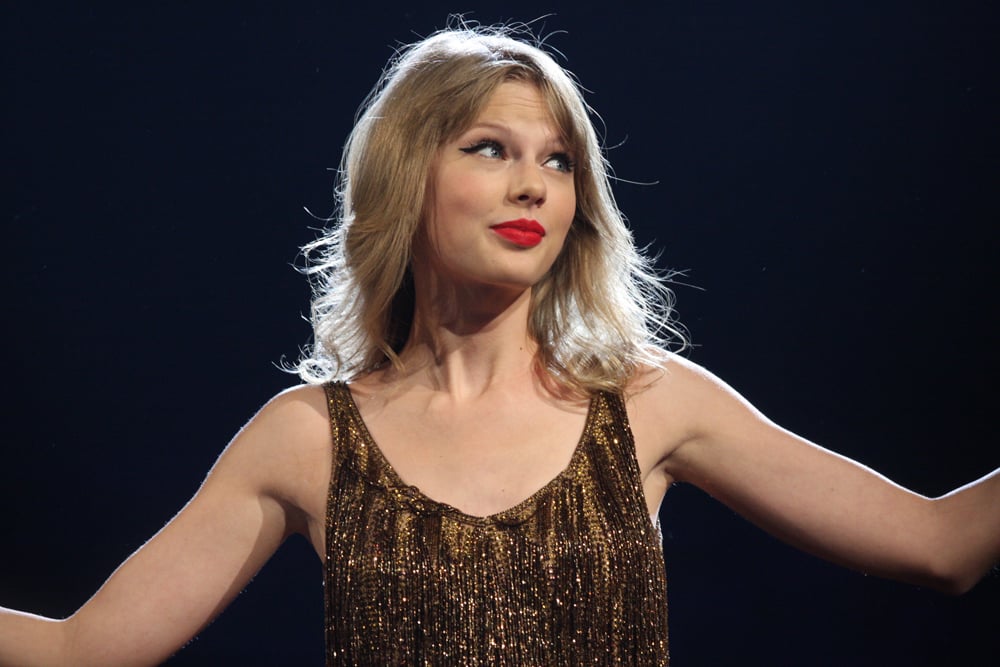 Taylor Swift, You're My Daughter's First Celeb Crush — 10 Reasons I'm OK With That!

So the very last person that I thought would have Taylor Swift fever has officially jumped on the bandwagon — my 5-year-old daughter. And while my kindergartner is too young to know much more than a few of Taylor's songs (and that she's a pretty singer), I've decided that even if she eventually becomes a full-on Swiftie, I'm more than OK with that.

Here's why: when it comes to role models for girls, Taylor is pretty spot-on. For me, it all started when the singer was performing at the 2014 VMAs and right before pretending to jump off the "1989" sign, she joked, "I don't care if it's VMAs, I'm not jumping off." Yes! Amen sister. Now if only half the other starlets said the same thing to themselves before embarrassing themselves on stage! See, that Taylor has it together. She is successful, strong, independent, and gracious (among many other positives), but here are the main reasons I'm cool with my daughter looking up to the songstress.