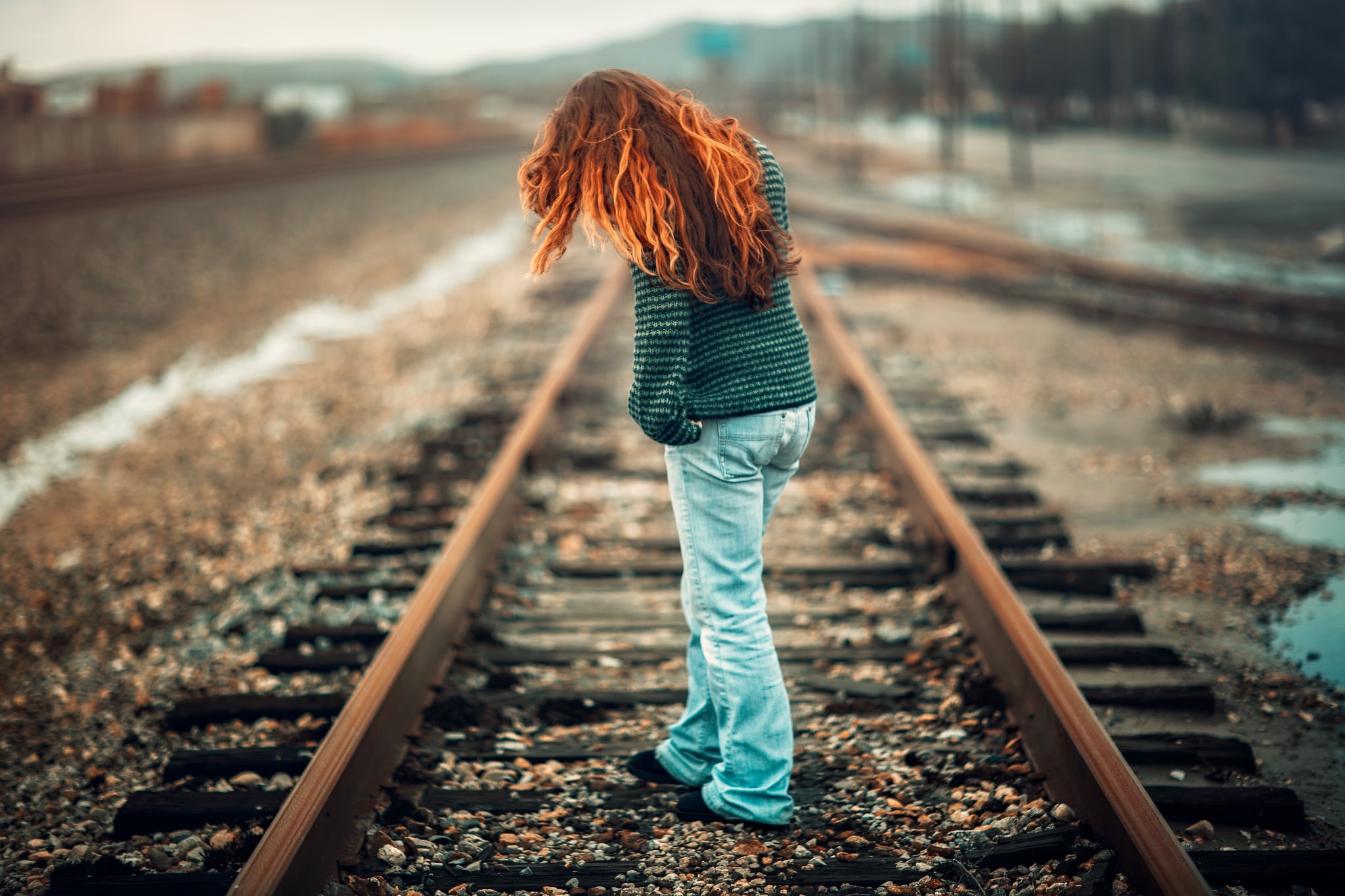 When I think back to my 16-year-old self, I'm actually filled with so much tenderness for the awkward and often painful memories of stumbling through adolescence. While I'm glad I never have to go through some of those things again, I've realized that that's the absolute best gift one is given with age: the ability to cultivate compassion for yourself. Teenagers go through a lot — intense first loves, devastating first heartbreaks, the highs and lows of friendship — and it's only after you get out of that stage that you can appreciate how much you learned.

I would tell her that none of this will happen until she embarks on the journey of self-discovery and self-awareness.

As a teenager, I spent so much time agonizing over how unlovable I thought I was and whether or not I would ever truly fit in with my peers. I was always worried — worried about what other people thought of me, worried that I would never have my first kiss, worried that I wouldn't get asked to the prom. So much of my self-worth came from other people that I didn't even think to look at myself and think about what I wanted. Did I actually really like that song or was I just trying to fit in? Did that boy interest me or did I just like him because everyone else did?

Now, as I close in on my 40th year of life, I think back to that time and realize how far I've come. Sometimes it feels like I was 16 just yesterday, while other times the idea seems so foreign, like the lyrics to a song I once knew by heart. And if there's one thing I would tell my 16-year-old self with absolute certainty, it's that feeling like you "belong" starts with you. Nobody can tell you you don't fit in except yourself. And that once you do find (or make) your place, you'll never truly feel lonely again. As the very wise Carrie Bradshaw once said, "The most exciting, challenging, and significant relationship of all is the one you have with yourself."

I would tell her that while her first kiss may not happen as soon as she'd hoped, the most earth-shattering kiss that would change everything would happen soon enough. I would tell her that while she won't attend the prom with her crush, finding the deepest of love with a great man will more than make up for it. And I would tell her that in between those two memories, she would experience a lifetime's worth of happiness with the greatest friends of all time. And all this before we even reach the life-altering exhilaration of motherhood. So much to look forward to.

Related:
31 Things Never to Say to Your Teen

But none of this will happen until she embarks on the journey of self-discovery and self-awareness. Somewhere between adolescence and adulthood, you will come face-to-face with your own self-worth, and if you're smart enough, embrace it. There is no easy, marked path to follow when you're trying to figure out who you are, but the journey, however bumpy or detour-filled it may be, is one remarkable ride.