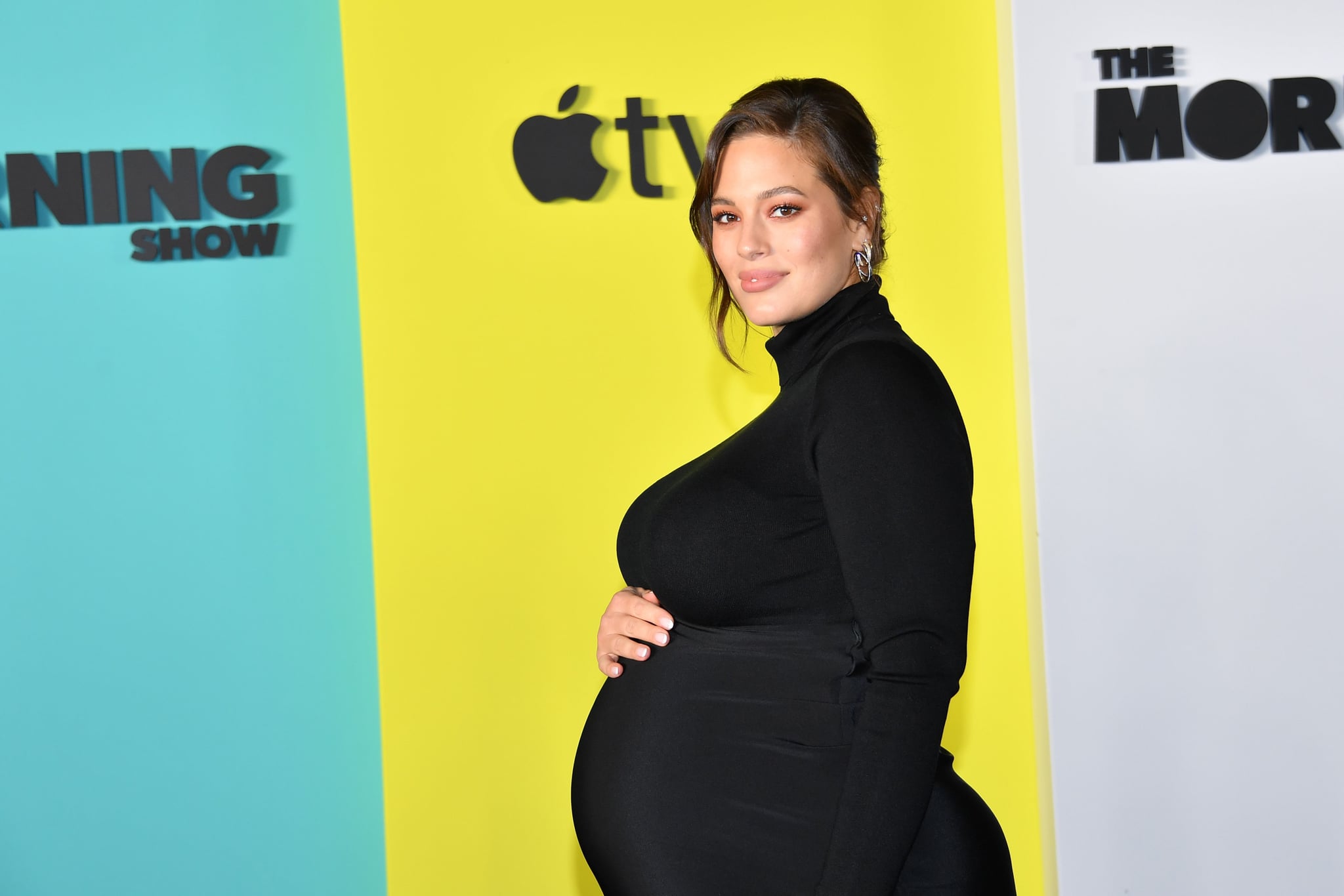 Ashley Graham is on the precipice of being a parent to three children under the age of 2 years old. Yes, you read that right. She is set to give birth to twin boys in the coming weeks, and with her son Isaac's second birthday not approaching until January, she and husband Justin Ervin are going to have the rare experience of what she lovingly calls the "Graham Ervin Home Daycare Center."

The model – who is partnering with a buy-now-pay-over-time solution called Affirm to help new parents stay in control of their finances – knows what it sounds like.

"That sounds insane," she told POPSUGAR. "I'm possibly going into insanity. But you know what? I'm up for the challenge."

In fact, she thrives on "organized chaos," has "systems in place," and has had no fears about multiples: "Twins run in my family. My grandfather's a twin, and I have a ton of twin cousins."

The other thing fans might assume she has down pat by now? That positive body image she has come to be known for, particularly following her first pregnancy and postpartum experience.

If only it were that easy, she admitted with a laugh.

"With this pregnancy, I actually haven't even weighed myself because I just don't want to know. And it's been really beneficial for me because my health isn't determined by my weight."

"Because our bodies are always changing, it's always going to be this tug and pull of where you are with your body," she said. "When I got pregnant with Isaac, I got smacked in the face with, 'Oh, you're going to have to really practice what you preach' because my body was changing so quickly. And I didn't realize what pregnancy was really going to do to it, between the stretch marks and gaining 55 pounds. So now with this pregnancy, I actually haven't even weighed myself because I just don't want to know. And it's been really beneficial for me because my health isn't determined by my weight. I know that I'm taking great care of myself and the boys, but there is this constant conversation that I'm having with myself, like: 'Your body is a vessel. Your body is strong. Your body is meant to do this.' And the affirmations never go away."

Still, she has gained the wisdom of experience following her first pregnancy. For example, she now confidently calls "bullsh*t" on "bounce back" culture – in which society pushes women to appear to have never been pregnant mere weeks after childbirth.

"Everybody was telling me, 'Oh, since you've decided to breastfeed, the weight's just going to fall off of you.' And that was such a BS moment for me because it didn't. And that's just the most important thing to remember with this whole idea of what happens after birth. The 'bounce back' is such a lie and I'm so grateful that I already know what's going to happen. I already know how it's going to go."

That knowledge is also helping her mentally prepare for the additional work that comes with twins.

"Being pregnant the second time around is exciting, but you're not looking at the apps to see what fruit size your baby is every single day. And now knowing on the other side that it's going to be a lot in the beginning, and I'm going to have my hands full, and there's going to be diaper and poop everywhere. And it just is what it is. You go through it once, you can handle it twice."

One key difference in her upcoming postpartum experience – aside from having double the babies – is that she won't be in isolation. Just a few weeks after her first child was born, the pandemic took hold.

"Quarantine hit and I moved to Nebraska to live with my mom and I ate cinnamon rolls every day," she joked. But, she was grateful for the time at home with her baby when her work obligations were halted. "I got the maternity leave I never could have asked for," she said. "This time around, I'm going to have to forgive myself for not being able to pour eight months into only my twins. But that's normal. That's a normal maternity leave and the reality of a lot of mothers."

And as she nears this next chapter of her life, she does take pride in the progress that has been made for birthing women, even in the short time between her pregnancies.

"There is starting to become this conversation around women, what they're going through with birth, and with their bodies and loss and postpartum . . . all of the in between. And it's unfortunate that it's taken this long to normalize it, but I'm so glad that it's happening."

Olivia Munn
John Mulaney on Life With a Newborn: "He Has Been Stuck to Me For Two Months"
by Kate Schweitzer 3 days ago