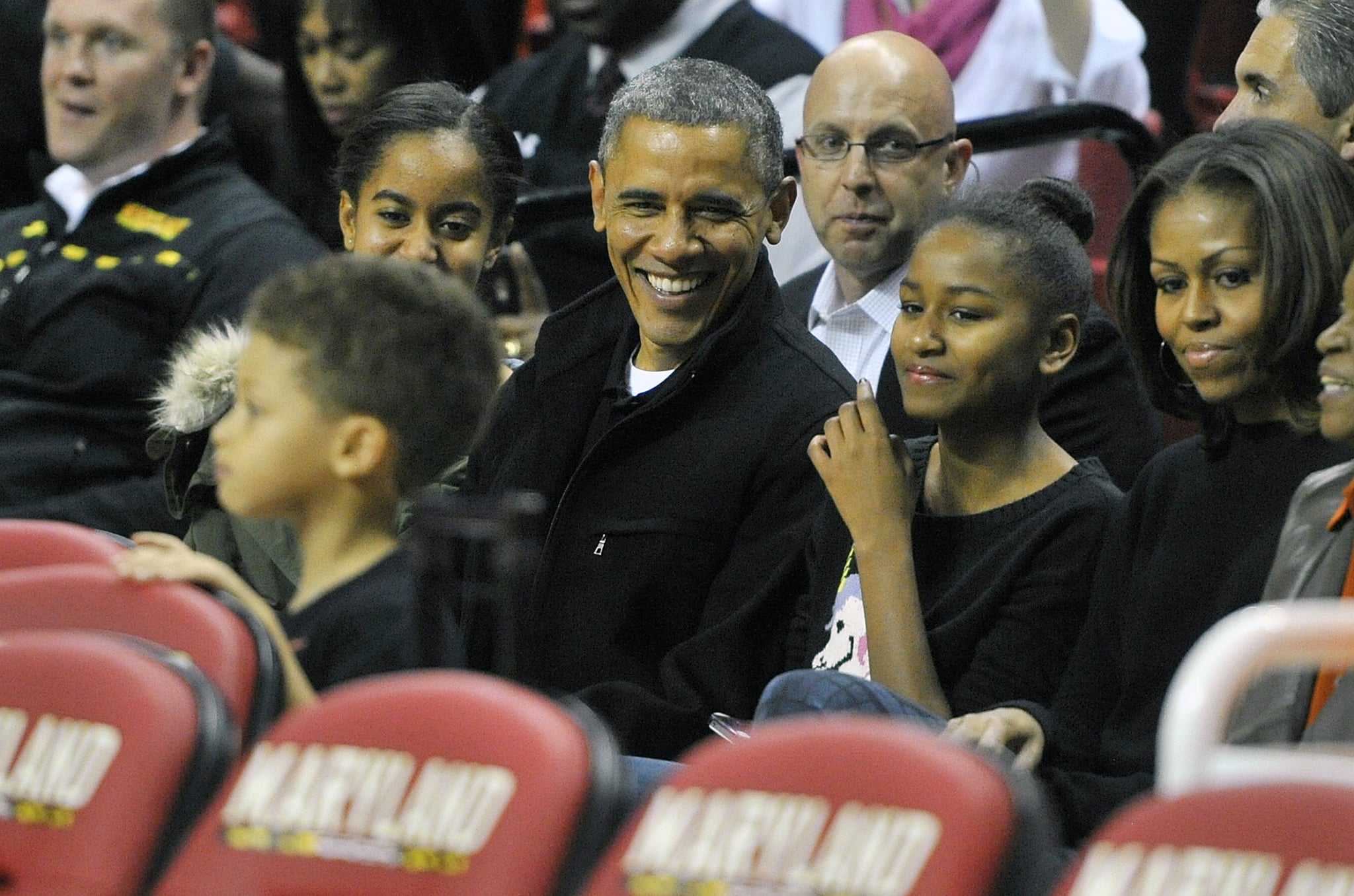 Coach Barack has a nice ring to it, doesn't it? As Barack Obama's memoir, A Promised Land, hits shelves this week, excerpts from his time as president are making their rounds across the internet, and we can't help but immerse ourselves in these awesome anecdotes. One story, obtained by Today, reflects on Barack's short stint as Sasha's fourth-grade basketball coach, which was all going well until some parents had something to say about it.

"Given all the time I'd missed with the girls over years of campaigning and legislative sessions, I cherished the normal 'dad stuff' that much more. But, of course, nothing about our lives was completely normal any longer," he said. Barack does have a point — when the coach of the elementary school Vipers is also the Commander in Chief, it's bound to rile some parents up.

Barack and his former aide, Reggie Love, helped lead the team to win the league championships, but they didn't walk away from the job without a fight. "We explained that there was nothing special about our practices — that it was just an excuse for me to spend extra time with Sasha . . . but when it became clear that the complaints had nothing to do with basketball and that the Vipers coaches were feeling squeezed, I decided it would be simpler for all concerned if I went back to just being a fan."

"All that matters is that you are present, fully, to witness the miracle of your child growing up."

But like all parents know, watching your child win something as minute as an elementary-school basketball championship can be an unbelievably thrilling and proud moment, and Barack felt that firsthand. "When the Vipers won the league championships in an 18-16 nail-biter, Reggie and I celebrated like it was the NCAA finals," he recalled. "Every parent savors such moments, I supposed, when the world slows down, your strivings get pushed to the back of your mind, and all that matters is that you are present, fully, to witness the miracle of your child growing up."

As we all witnessed, Sasha and Malia Obama grew up a lot during Barack's eight years in the White House. At the time of his inauguration in January 2009, Sasha was just 7 years old and Malia was 10. Check out more from Barack Obama's new memoir, A Promised Land here.