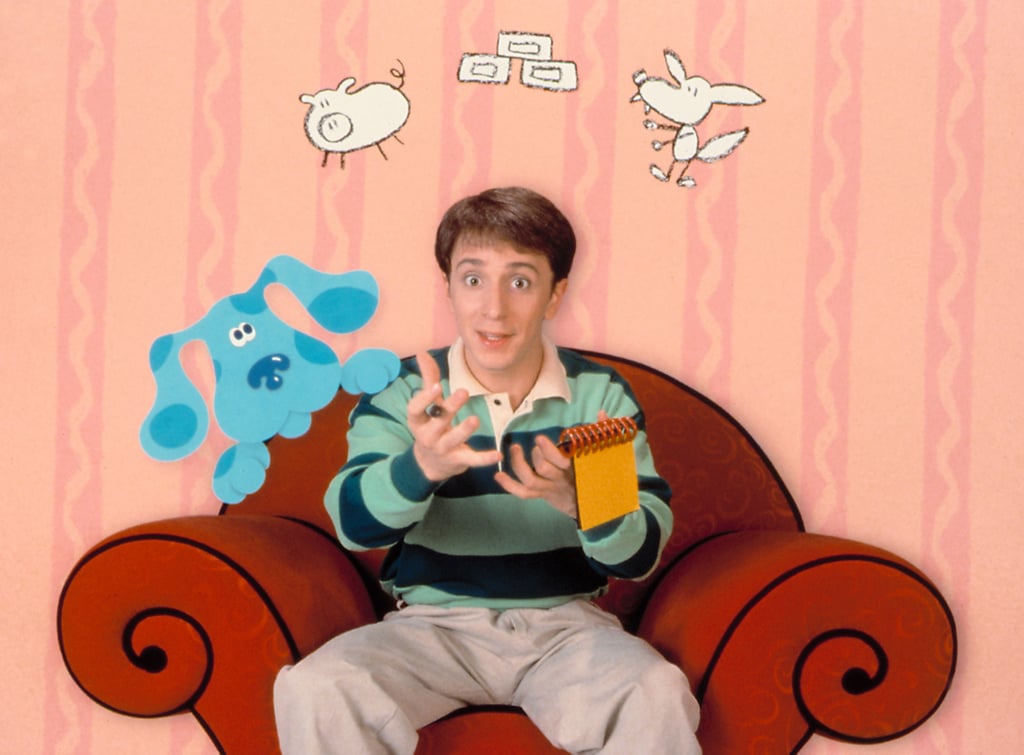 "I Never Forgot You, Ever": Steve From Blue's Clues Fully Has Me Tearing Up 25 Years Later

Plop yourself down on the nearest Thinking Chair, because Steve Burns, the original host of Nick Jr.'s Blue's Clues, is back with a heartwarming message for all the '90s babies who grew up with Mr. Salt, Mrs. Pepper, and Sidetable Drawer. Taking us back to the early days of preschool and kindergarten, Steve checked in with fans via a video shared to Nick Jr.'s Twitter account on Sept. 7.

"I'm super glad we're still friends," Steve said while wearing his signature green striped shirt and standing in front of the wavy wallpaper pattern we all know and love. "I mean, we started out with clues, and now, it's what? Student loans and jobs and families? And some of it has been kind of hard, you know? I know you know. I wanted to tell you that I really couldn't have done all of that without your help. . . . I guess I just wanted to say that after all these years, I never forgot you, ever."

After hosting the show for six years, Steve passed the crayon and notebook to his character's younger brother Joe (Donovan Patton) in 2002.

"People think I left the show to pursue a music career. That didn't happen at all," he said in a 2006 interview with The Huffington Post, now known as HuffPost. He added: "I left the show because it was just simply time to go. I was pretty much playing a boyish, older-brotherish kind of character on the show. I was getting older; I was losing my hair; a lot of the original gangsters on the show, like the people who created it, were all moving on to other careers. It just felt like time. I just had a gut feeling like it was time to go."

Steve has since signed on as a producer for Blue's Clues & You! and helped with the casting decision to hire Joshua Dela Cruz, who plays Steve and Joe's cousin as the show's host.

Even though it's been 25 years since the show's original air date, seeing Steve is like seeing an old friend, so please excuse us as we watch his nostalgia-packed video on repeat. While we reminisce over finding clues with Steve and Blue, check out the sweet message for grown-up fans of the Nickelodeon show here.

Nostalgia
From "Kenan & Kel" to "Sabrina the Teenage Witch," Coolio's Most Iconic TV Roles
by Chanel Vargas 2 days ago