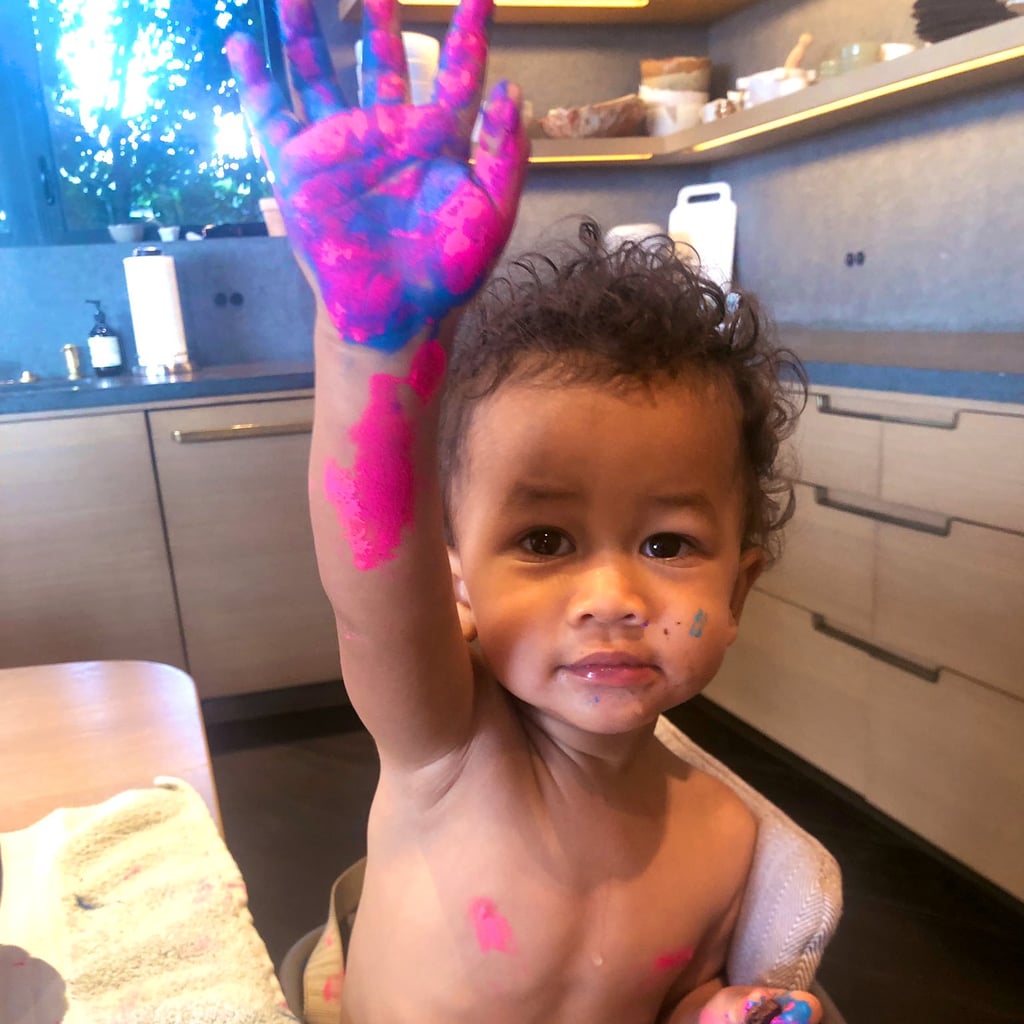 Many people can relate to having set expectations about the size of the family we want to have one day . . . you know, the idea that we want a certain number of kids. Mom of two Chrissy Teigen is the first to admit that she, too, had ideas about the number of kiddos she wanted to have, but in pure Chrissy fashion, she shared this info with fans via a hilarious Twitter photo of her youngest child, Miles.

Covered head to toe in pink and blue paint that was intended for a pumpkin art project, Chrissy wrote, "when I had zero babies I wanted 4. Then 1, I wanted 3. Then 2, I'm good with 2. just posting this to look at when I'm pregnant with my third."

Her fans know a good Chrissy joke when they see one, and they jumped right in with some hilarious reactions and comments of their own.