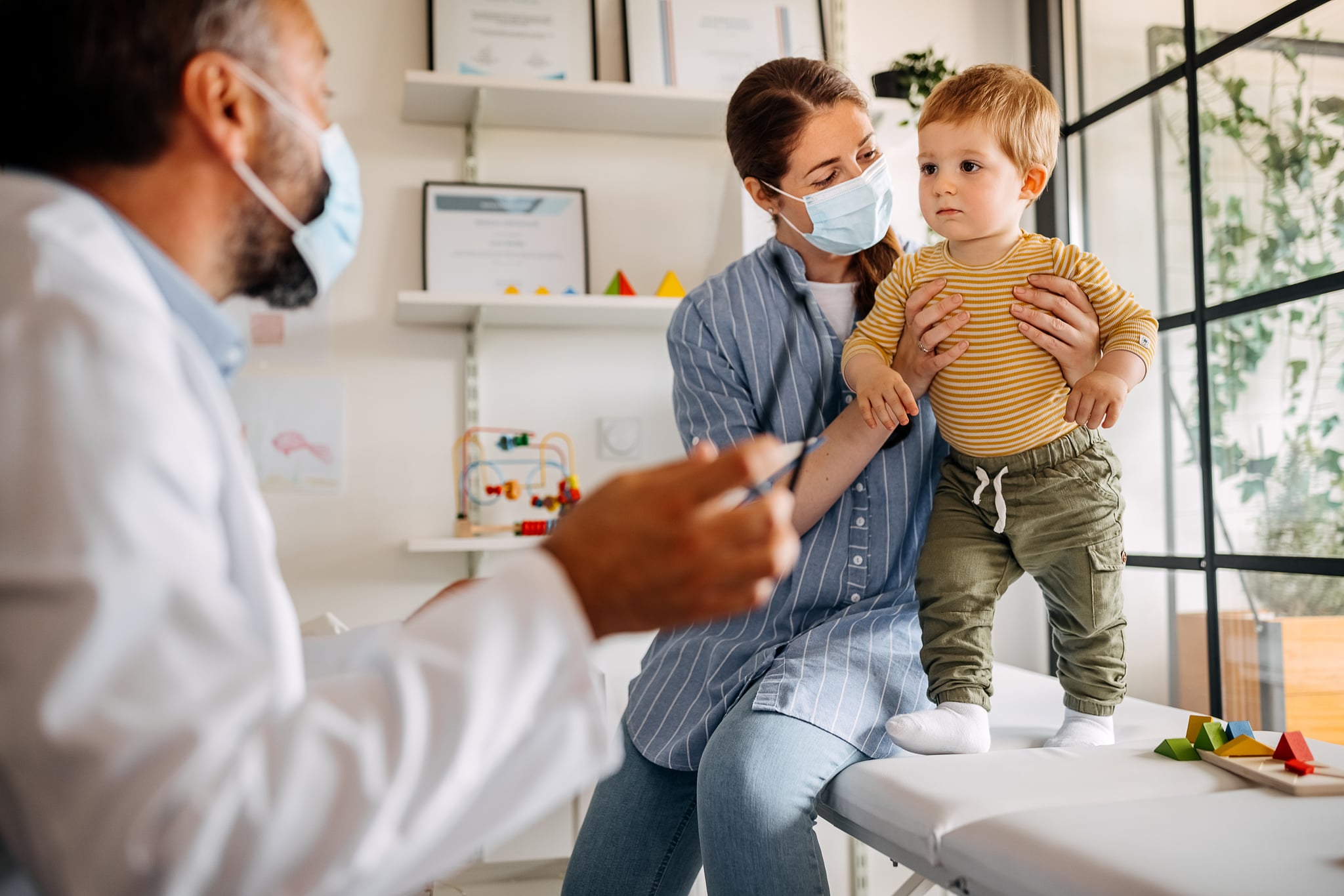 On Friday, June 17 the Food and Drug Administration (FDA) authorized both the Moderna and Pfizer coronavirus vaccines for children under the age of five. In addition, the FDA has also amended the emergency use authorization for the Moderna vaccine to include children and teens ages 6 through 17. Previously it was restricted to adults age 18 and over.

The FDA approval sets the stage for a CDC recommendation which could come as early as next week. "A separate advisory panel to the Centers for Disease Control and Prevention is meeting Friday and Saturday on the matter," reports the New York Times, nothing that the CDC recommendations is "the final step before doses are rolled out."

The White House has already been planning for the authorization. On June 9, the Biden administration officially unveiled its plan for vaccinating children under age five, revealing in a press statement that "a significant supply of vaccines" has been procured for this age group, "with 10 million doses available initially and millions more available in the coming weeks." Pending official authorizations, the administration has been "planning for all scenarios, including for the first vaccinations to start as early as the week of June 20th," the White House said in a statement.

To ensure the vaccines are available to as many people as possible, the White House also stated that they plan to include "all of the supplies that health care providers need to serve younger kids, including small needles," in the packages of vaccine doses. The statement also said that the Biden administration plans to provide federal funding to help support public health clinics that serve hard-to-reach families that may not have access to pediatricians, and will prioritize providing vaccines to "the hardest-hit, highest-risk communities." Both Moderna and Pfizer, creators of the two mRNA vaccines, have reported promising results in their vaccines' ability to produce an immune response to COVID in young children.

The journey to getting a COVID-19 vaccine approved for use in young kids has been a long one. In January, Anthony Fauci, MD, said that he hoped the FDA could approve Pfizer's vaccine for children under 5 by the following month. "My hope is that it's going to be within the next month or so and not much later than that, but I can't guarantee that," Dr. Fauci said during an interview with a nonprofit group.

News of the vaccine authorization from the FDA likely comes as a relief to many parents of young children. According to the CDC, COVID-related hospitalizations of infants and children rose during the Omicron wave of COVID, although the variant was widely considered less severe than previous ones.

Related:
This Doctor Answers Parents' Most Common Questions About What to Expect From the Child COVID-19 Vaccine Rollout