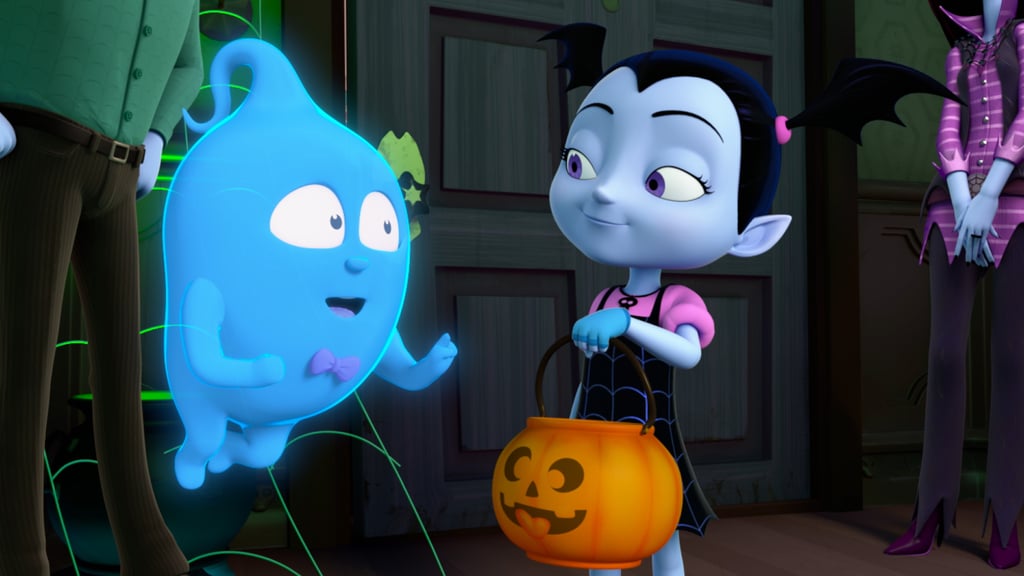 Although Disney Junior's Vampirina airs all year long, the spooky season of Halloween is when our girl really gets to shine! In a series of new episodes throughout October, dubbed "HalloVeen," Vampirina and her family will celebrate Halloween — as themselves! — as well as Día de los Muertos, in an episode in which Sara Ramirez (Grey's Anatomy), Henry Winkler (Barry), and more guest star. One of the four new episodes will even be a musical!

Read through to learn more about the four new episodes and to see an exclusive clip from "Trick or Treaters" before it premieres on Friday, Oct. 4!

Related:
Get Ready to Boogie With the Family, Tickets For Disney Junior Holiday Party on Tour Are on Sale!
Previous Next Start Slideshow
HalloweenDisney JuniorDisneyHalloween For KidsKid TV And Movies