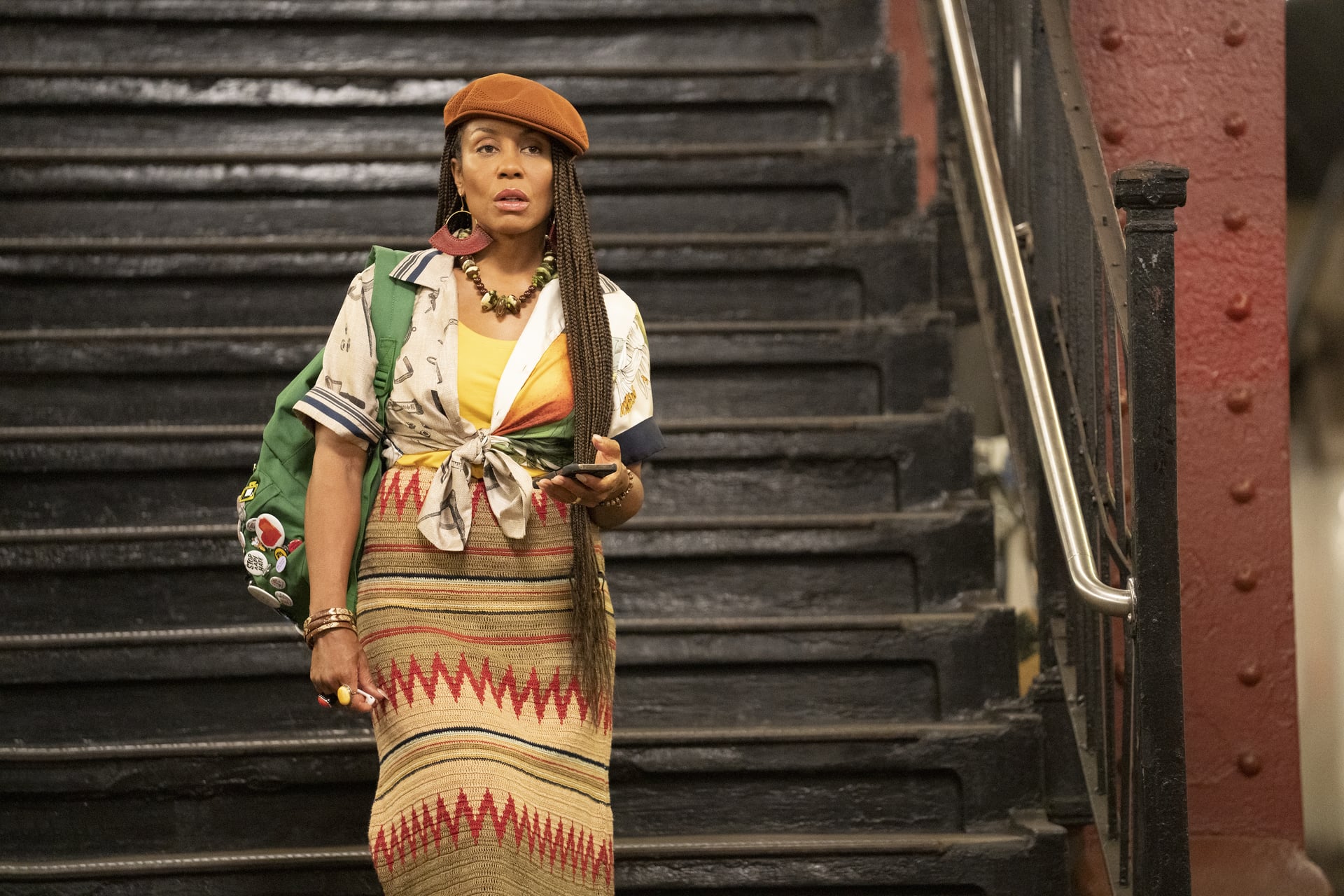 The sixth episode of And Just Like That has a lot going on (is Carrie moving downtown and getting a facelift?!), but one of the secondary storylines was perhaps the reboot's most refreshing and relatable.

Miranda's law professor Dr. Nya Wallace (Karen Pittman) confides that she's not looking forward to dinner with "Fertile Myrtle," a friend who's had two babies in three years and can't seem to talk about anything else — a hardship considering in a previous episode, Nya revealed that she'd undergone two unsuccessful rounds of IVF.

Of course, at that dinner, Nya's predictions come true: Myrtle announces she is pregnant.

"Get movin', man, pick up the slack," Myrtle's husband joked to Nya's partner before being shushed by his wife. Nya tried to diffuse the awkwardness by saying they were fine and "doing our thing." Although her partner suggested a third IVF attempt, Nya was quick to minimize their family planning issues: "IVF is really hard on my body," she said. "And we're trying to save money to buy an apartment, so it's timing."

The Sex and the City franchise is no stranger to tackling fertility issues. In the original series, Charlotte (Kristin Davis) struggled to conceive – in her quest to have a child, she tried hormone treatments and acupuncture, and she had a devastating miscarriage. Ultimately, she and husband Harry pursued adoption, which was highly emotional and racked with disappointment until the series finale, in which they were able to adopt a baby girl from China. In typical Charlotte fashion, she knew exactly what she wanted and was unwavering in her pursuit of it.

Related:
See How Charlotte Handles Her Daughter's Gender Exploration in the Latest Episode of And Just Like That…

But in the case of AJLT's Nya, it's refreshing to see the complexity of a woman who is both struggling to get pregnant yet also struggling with whether or not she actually wants to.

In fact, in a previous episode, she admitted that, after a pregnancy loss, she had a genuine reaction that is rarely discussed: "When my last round of IVF didn't go through, um . . . I felt a huge wave of relief."

Her response was one she nearly whispered across the table to Miranda, but that internal push-and-pull is certainly common.

Nya continued: "My husband and I, we love our life. Nobody's life is perfect, but my life? It's really f*cking close, right? But I'm also afraid that if I don't have a child I'm going to regret it one day."

In this latest episode, Nya's friend says, "a couple like you, you've gotta have babies." However, if AJLT is out to showcase multifaceted characters the way it's trying to so far, we may end up seeing a couple like that who just doesn't.