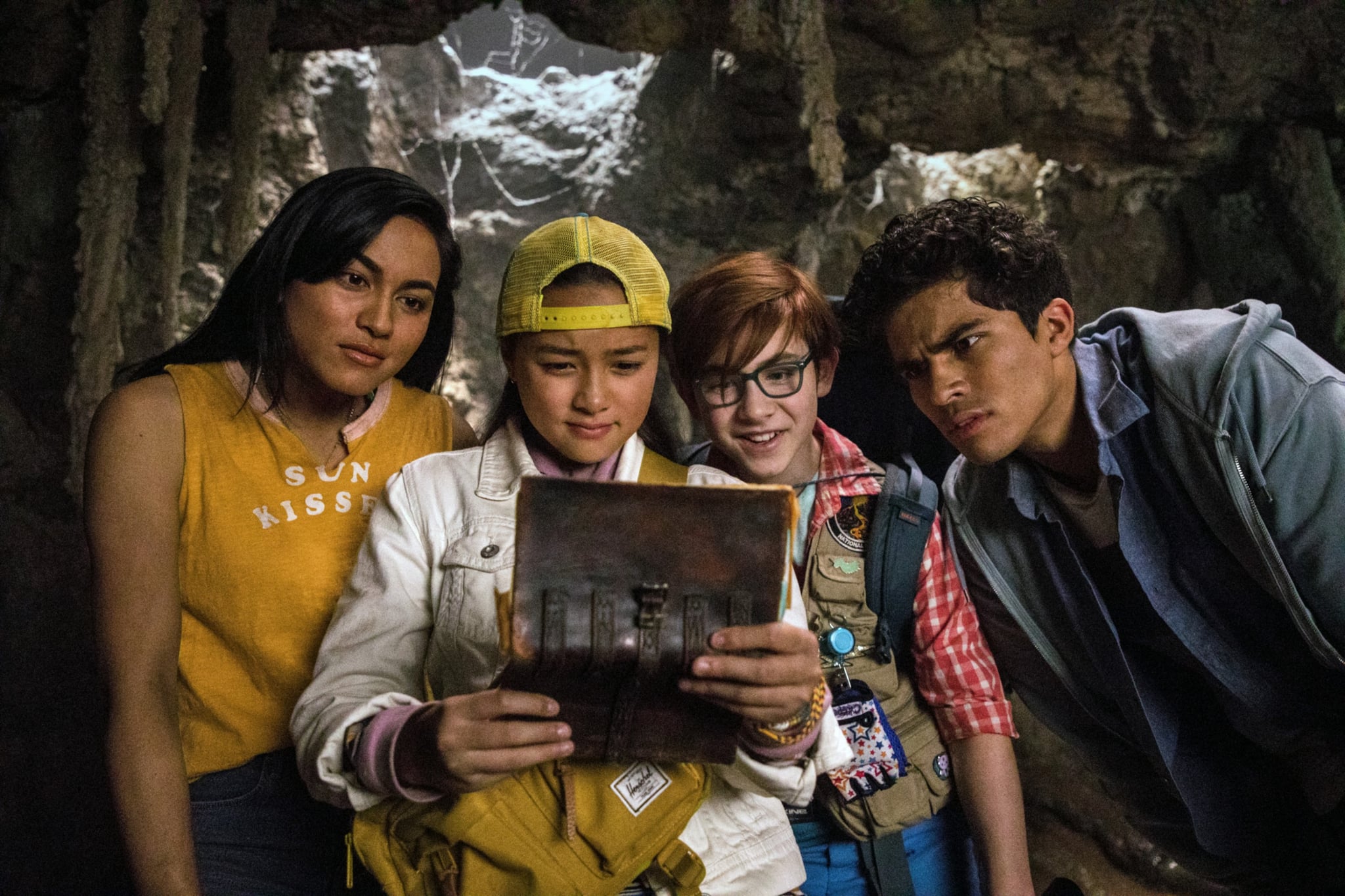 Two siblings from Brooklyn, Pili (Kea Peahu) and Ioane (Alex Aiono), seem like an average brother and sister enjoying their life in Netflix's newest original movie, Finding 'Ohana. That is, until they go back to O'ahu, Hawaii, to explore their family's roots (with no cell service and internet) and find an old leather journal that leads to an epic treasure hunt with newfound friends Hana (Lindsay Watson) and Casper (Owen Vaccaro).

But it's more than just the geocaching game Pili is used to — real danger waits around every bend. Directed by Jude Weng (The Good Place), this movie is a classic family-friendly story that will have you settling into the couch and passing the popcorn like you used to do in movie theaters. But, while a fantasy adventure movie is a welcome escape right now, there are a few intense scenes and other moments that you may want to think about before pressing play with little kids. Keep reading for a few things parents should keep in mind while watching the movie.

Related:
See the Kids' Movies That Are Being Added to Netflix's Catalog in 2021

Overall, the theme of Finding 'Ohana is about forgiveness, acceptance, family love, friendship, and adventure. It was entertaining and heartfelt, and it taught me something about Hawaiian culture. (Also, I'm obsessed with the pirates-being-dubbed-over-by-kids-voices scenes.) If you like a good treasure-hunt film, then this is a must watch, although I would probably skip it for younger kids since it can be intense and a little confusing.