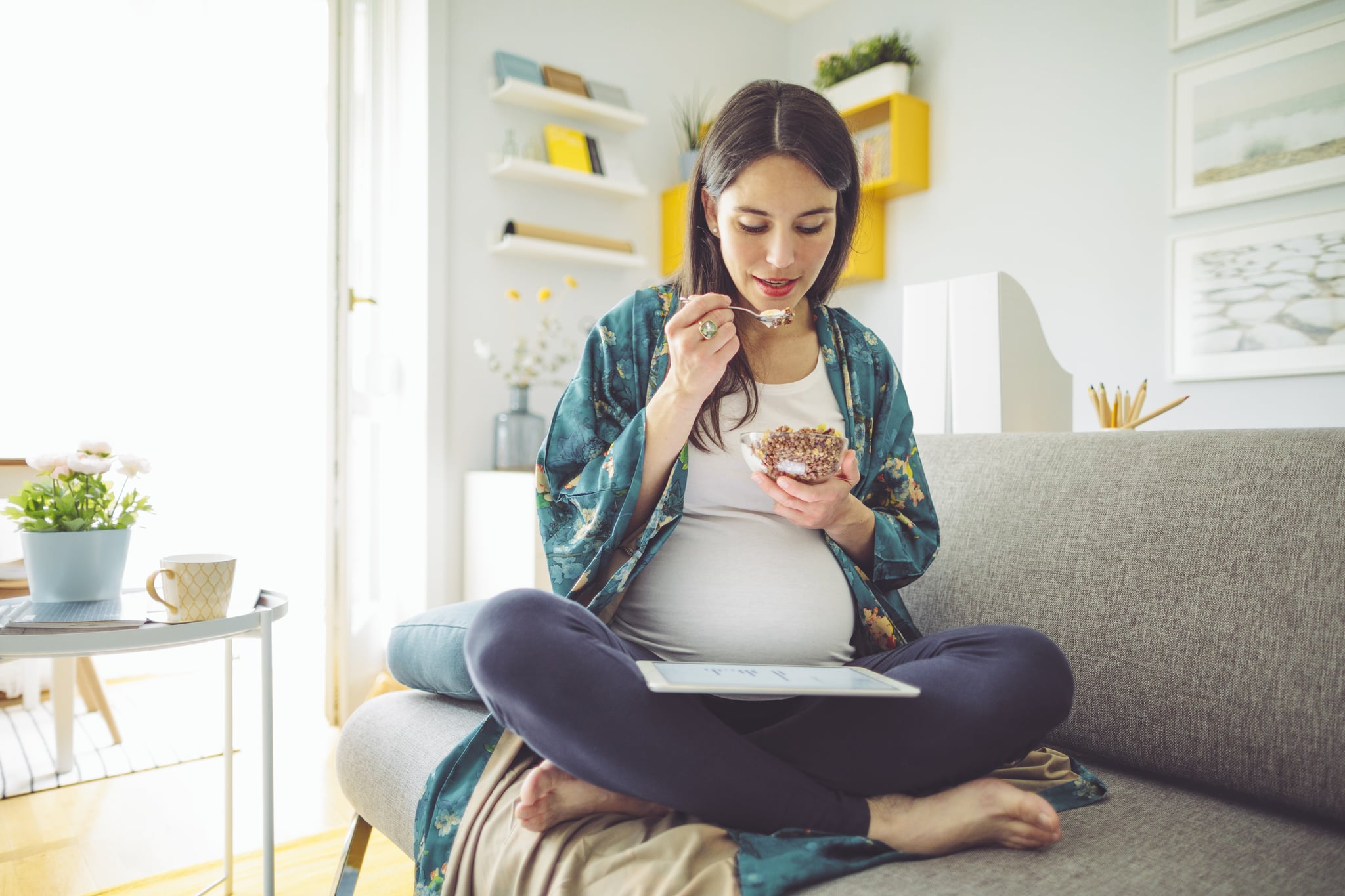 In 2014, my life changed when I found out I was pregnant. It changed even more when I was told I had gestational diabetes. Here I was, about two months into my pregnancy, enjoying the full "eating for two" bliss that comes with carrying another person inside of me, when a routine checkup with my ob-gyn lead to a diagnosis of full-blown gestational diabetes.

According to the Mayo Clinic, gestational diabetes is a type of diabetes that forms during pregnancy, causing high levels of blood sugar that can affect you and your baby's health. There's no known cause for it, but if not prevented, it can cause babies to grow larger, make it harder for them to breathe, and leave them with a higher chance of having Type 2 Diabetes later in life.

When my doctor told me it was likely I had it, I didn't want to believe her. I went home and looked up the annual percentage of women diagnosed with gestational diabetes in the US, which according to the Centers for Disease Control and Prevention, was only 2 to 10 percent. I still wasn't convinced. But then I looked up the risk factors, and I met many of them: I was over 30 years old, my mother had pre-diabetes, and I was Asian-American.

A week later, I took a glucose screening test and I failed it miserably. I then had to take a three-hour glucose tolerance test. That consisted of fasting the night before, drinking a supersweet syrupy concoction, and getting my blood drawn every hour for three hours. A few days later my doctor called and confirmed that I did have gestational diabetes, and all I remember taking away from that conversation was, "No more eating what you want to eat."

Related:
Here's How I Gained the Exact Recommended Weight For Pregnancy

In my opinion, the worst part of having gestational diabetes is the strict diet you have to follow. Imagine being pregnant for two months and eating all of the potatoes and pasta your heart desires, and then being told you can't. That was me. Carbs became my number one enemy because they turn into sugars, and sugar is exactly what my body didn't need. A dietitian taught me just how many every day foods contain natural carbs. I had no idea a small apple has about 20 grams of carbs and a cup of 1 percent milk has about 12 grams of carbs. I also didn't know I couldn't have any dairy or fruit before noon because that would cause a spike in my body's ability to control my sugar levels.

I had to record everything I ate in a food diary and write down my blood sugar levels. That meant four times a day I had to test my blood with a self-monitoring kit, and each time I had to prick myself with a needle. I had to do this first thing when I woke up, an hour after breakfast, an hour after lunch and an hour after dinner. It wouldn't have been so bad if I could prick myself correctly at each attempt, but sometimes I'd jump and I wouldn't get enough blood, or the needle would get stuck in the dispenser and I'd have to do it all again. It caused me a lot of anxiety, and I despised having to do this at work or whenever I was out.

To describe my entire experience in simpler terms: imagine going to an all-you-can-eat buffet, but only getting to eat from the salad bar. It sounds as fun as getting a root canal, and it was, but in reality it was also a blessing. On March 12, 2015, I had a healthy baby girl. Holding her in my arms for the first time, all the sacrifice felt worth it. The disciplined diet, routine blood checks, and constant doctor visits prepared me for what lay ahead as a parent. I now realize life is full of unexpected changes, and you just have to roll with it and do your best. That's my motto for motherhood.