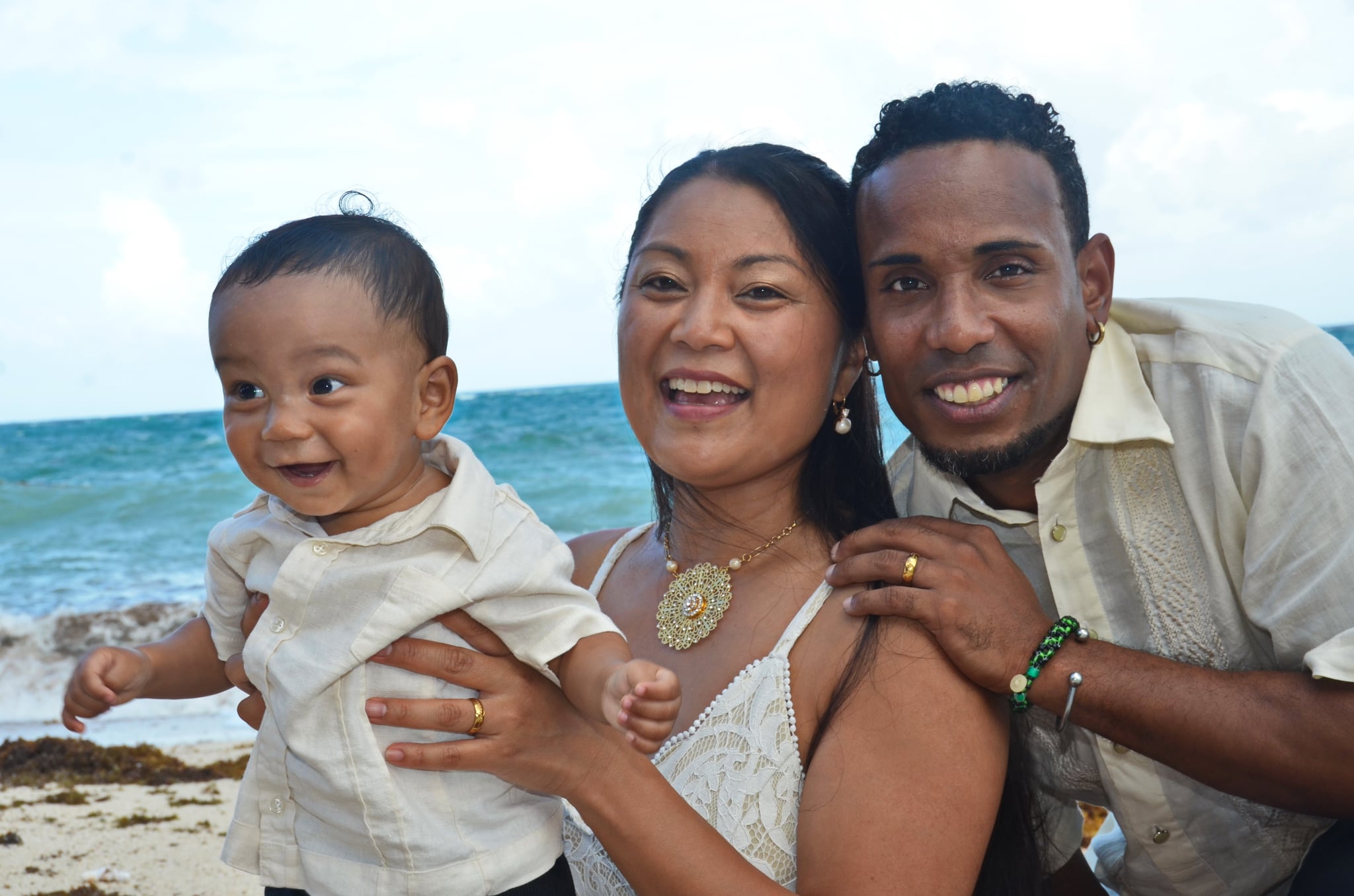 His brown eyes wide and his tiny body leaning forward, Isagani whispers "Papa!" as his father's image emerges on my phone. The word is tentative, in contrast to the boldness with which he squeals "Mama!" Though "Papa" may be harder to say, it reminds me that he has only met his father three times in his 13 months. He's more familiar with the blurry image and deep voice jaggedly pushing through the spotty WiFi service in Santiago de Cuba than a person in real life. While we await a spouse petition to bring my husband, Tito, to join us in the United States, I am raising our son alone.

To date, I've endured pregnancy, a C-section birth, and our son's first year as a single mother. "Single mother" has many meanings, and there are two ways I often clarify mine: I am not romantically single, I have a partner; but unlike a couple who has separated, I am the only parent who can support and care for our son. We live as a long-distance family, and with some saving and effort we can visit Tito in Cuba, though he can't visit us due to the difficulty Cubans have obtaining visas to come to the United States. Meanwhile, I work tirelessly to make ends meet as an adjunct professor and working artist, shouldering the costs of parenting, living in one of the most expensive parts of the country, and petitioning for my husband.

Of course, I haven't done it entirely alone. I've learned, by necessity, the true importance of asking for and accepting help. I've cultivated a village, including Isagani's circle of aunties, who have stepped in in Tito's place. When I was pregnant, I invited three of my close female friends to be my birth partners. They learned how to prepare me for birth with the guidance of a doula, attended hospital appointments where I was often the only one without a spouse — and often it was assumed that a friend was the other parent, which didn't bother me especially being queer-identified, but did exaggerate the fact that solo parenting was a rarity. They read books, and became familiar with my favorite playlists and comfort foods. They were with me emotionally and physically in the months leading up to my emergency C-section. This meant day in and day out for the week before and after my birth, these friends were on call and on rotation, holding me as I writhed in pain, helping me in and out of the bathtub, and counting contraction lengths with me.

Related:
I Accidentally Got Pregnant With My Best Friend's Baby, and I Wouldn't Change a Thing

I've learned, by necessity, the true importance of asking for and accepting help.

After preparing for nearly 10 months for a natural birth, after two days of intense contractions, unusual bleeding, and visits to the hospital to be told I was nowhere close to dilated enough, I was rushed to the hospital for the most frightening decision of my life — to surrender to a C-section. One of my three friends, Ramona, joined me in the emergency room and watched my body get cut open and my son be pulled out before she cut the cord. From my baby shower to those terrifying moments, I held photos of Tito and myself close and tried to include him on the phone, but there was no way for him to truly experience the daily hope, excitement, pain, and fear that took place leading up to and after the birth. The dedication my friends have shown me is beyond expectation. As a new working mom, I've relied upon the circle of adopted aunties to help care for and in some ways raise Isagani, as well as help care for me — especially in the first few months of recuperation when even holding the baby or walking around was painful. I made a "virtual village" page online to keep people abreast of Isagani's developments and source help when we need it. Raising a child isn't cheap, and as I manage a tight budget, we depend heavily upon donated items from other mamas and other low-cost and free resources available to new mothers. 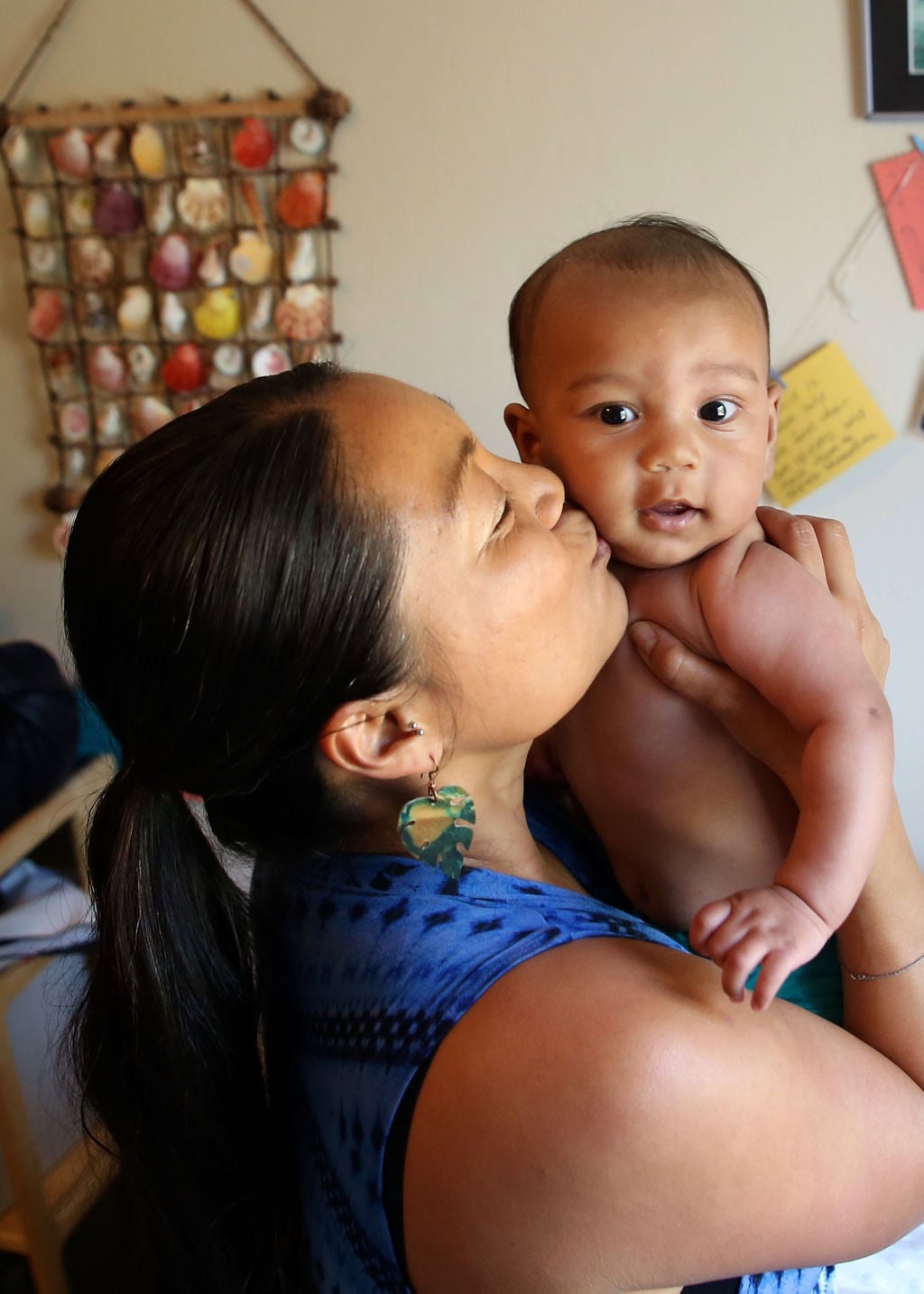 But without my husband to ease recovery, offer relief, and share the responsibilities during sleepless days and nights, it was, and is, impossible to not feel very alone. While other mothers have agreed that new parenting is difficult for most of us, not having my partner here means I can never say "it's your turn, honey" one of the bazillion times the baby wakes up and needs a bottle or comforting. It means I can't rest my head and receive affection in the way all new mothers deserve, confer with the other parent about difficult decisions, or celebrate milestones like the baby's first words or foods. It means that my lack of sleep may be double that of a mom whose partner is present. My tiredness has reached levels I have never experienced in my life, especially after I returned to work and the balance of full-time childrearing with a more-than-full-time work schedule. I often find myself crying when Isagani cries because I'm overwhelmed, aching from sheer exhaustion, or in pain from the toll this is taking on my body.

It's heartbreaking to know that my son won't have his Papa to help guide him for an unknown amount of time.

Since Isagani was born, we've made three visits to Cuba to be a family. When Isagani was 9 weeks old, I brought him to Cuba for his father to meet him for the first time. Almost six months later, when we returned for Tito and I to get married, I realized he had missed the most intense moments of my life. Our son was 8 months old, aware enough to show delight at our reunion.

Related:
It's Really F*cking Hard to be a Single Mom — But My Kids Make It Worth It Every Day

We enjoyed a fleeting few days of our floating world; Isagani beamed in his stroller as we said our vows in front of the roaring sea and two strangers as witnesses. Under the current administration, we've been told we'd have to wait at least a year for approval of a petition, and even then, it could be much longer, with the interview in a third country (the US Embassy in Cuba has been closed) and additional recent scrutiny and processing delays. The prospect of continuing to raise our son on my own for this long is painful to bear.

It doesn't get much easier, and in some ways has gotten more difficult. Now that we are married, we are deeply bonded, but my husband's absence feels bigger. This would normally be a "honeymoon" year for a newlywed couple, but we spend most of it trying to connect online. It's heartbreaking to know that my son won't have his Papa to help guide him for an unknown amount of time. Now that he is over a year old, he's a budding toddler. He's eating solids, starting to talk, and about to take his first steps. Will we get to witness any of his milestones together? How will I keep up with a toddler when he starts running? How will I manage working several jobs and the strain of single parenting, emotionally and physically, as the baby grows up? Will I get over feeling lonely during our four- to six-month stretches apart? And, how will it be when Isagani starts looking for his father, but can only see him on WhatsApp? 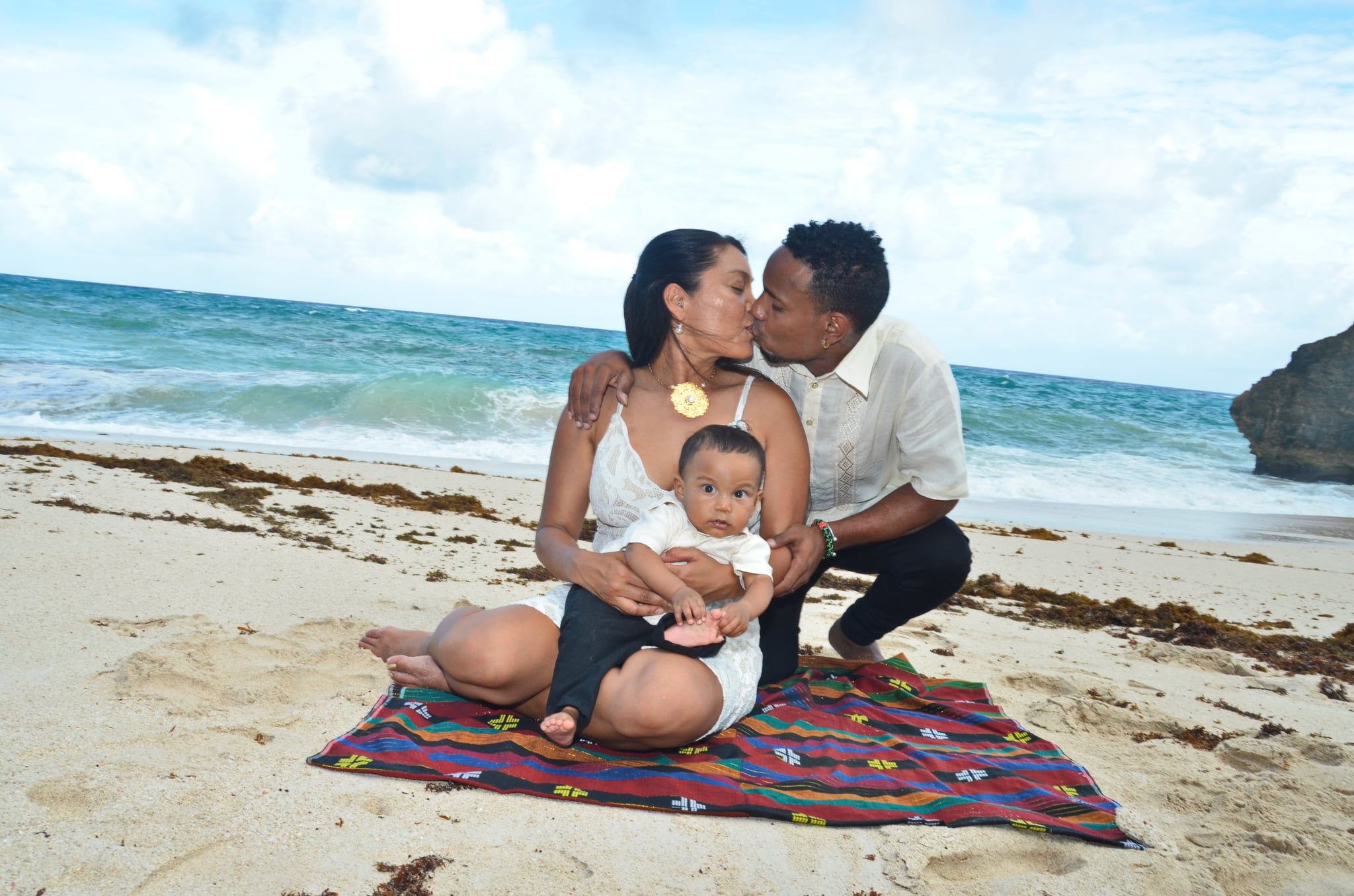 What do I look forward to when, one day, my husband gets his visa approved? Catching up on everything, from actual lived experience as husband and wife, to deepening our partnership and friendship, to integrating him into our son's life as a guide. I look forward to graduating out of the sleepless desperation that I have to remain in, which many mothers leave behind after the first few months. I look forward to him helping me with the dishes, carrying groceries, and letting me take a nap, to holding me close after a long day. I look forward to the affection I know I deserve, and to not having to work double on this journey, which could be fun, exciting, and collaborative. I look forward to living life as a couple and as a family.

Life is rough, but I know we'll make it.

Until then, our son is proof that we are doing alright: he's healthy, social, and contagiously happy. He's sharp and curious, growing up with a delightful personality. He understands much more than we know, so I am going to explain soon why his father lives most of the year on the phone, and how one day he'll be beside him. I'll explain that his ancestors come from two beautiful island nations, Cuba and the Philippines, and he'll speak Spanish, English, and some Tagalog. He increasingly resembles his papa, with his big, toothy smile and curls bouncing on his head. Life is rough, but I know we'll make it. Living as a "single mother" and a long-distance wife, I have become all the more resilient. And I know that if I am capable of this, I am capable of anything.