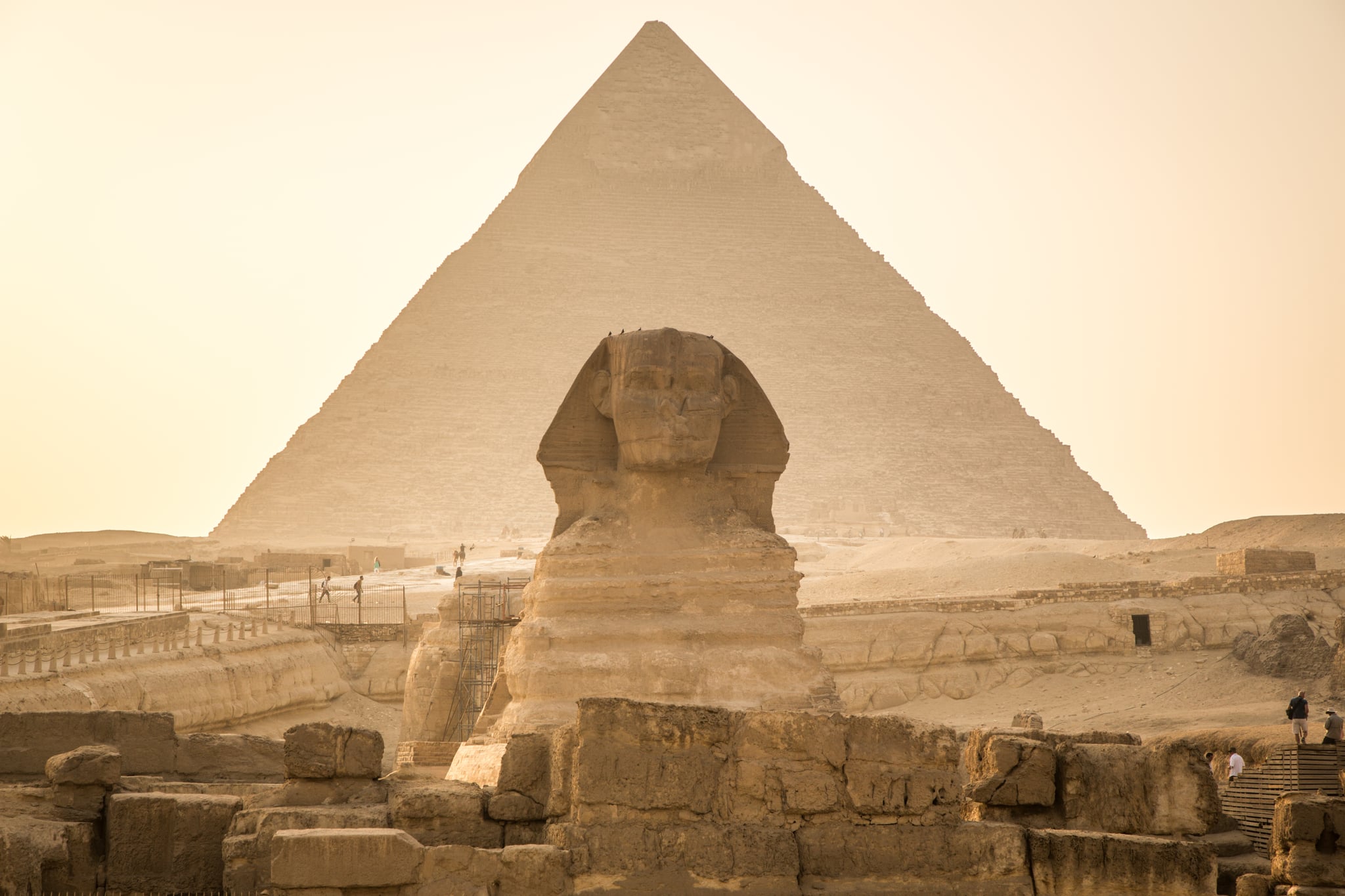 Recently, Egypt has been in the news all over the world — memes about the stranded ship in the Suez Canal flooded the internet, and then there was the Pharaoh's Golden Parade, a moving spectacle where our ancestors were transported to a new location befitting those great kings and queens.

But in reality, many people I know (including my kids) have little knowledge of Egypt. They know Egypt is famous for the pyramids and the pharaohs, but it's more than that — Egypt is also home to my kids' heritage and history, and I want them to dive into it. I want to keep our heritage alive for them and share the things I love about it, as well as the things from our culture that I've left behind because they no longer fit me. I even want to share the things that I now know are wrong, even if they're socially accepted in my home country, because it's important to learn both the good and the bad.

Although I lived most of my adult life in Egypt (I now live in Canada), I recently began struggling with identity issues. So when the pandemic started and we all were forced to stay indoors, I took this time to educate myself about my heritage. Many expats go through this — we begin to challenge the cultural norms we grew up with as we learn and grow as people. When I first started this journey, I kept asking myself, "Who am I?"

It can be a complicated question. Egypt has been invaded and colonized by many cultures, with each one leaving its mark, creating a disjointed identity that we suffer from to this day. One of the aspects of this that affected me the most is colorism and the upholding of Eurocentric beauty standards that tell us to think that people have to look a certain way to be considered beautiful. With many cultures embedded in our identity, it's wrong also to assume who "looks Egyptian" and who doesn't. Although we are not white, women with white skin and straight hair are still considered "prettier" than others. I was often told I don't look Egyptian, and I never took that as a compliment. I'm proud to be a descendant of one of the oldest, most progressive civilizations in the world, no matter what people thought I looked like. But that was just the beginning of my identity journey. And I knew I would need to understand more in order to teach my kids about our ancestors and history.

I began by googling how to teach kids about our heritage (as any modern parent does). Language was one point I saw made time and time again, and one I admit I've not been as proactive about as I could be. My eldest can speak and understand Arabic, but not fluently, while my twins only know the words I repeat a lot, such as "no," "stop it," or "let's go." I know this was my responsibility and that earlier is better, but I also believe it's never too late, so we've been learning one Arabic word a day as a family.

We also began trying new Egyptian foods. We'd research a recipe, learn about its origins, then make it together. Some that we've tried have been around for centuries and were enjoyed daily by the people in ancient Egypt. It's humbling and inspiring to know that in some way, we're preserving the same food rituals our ancestors practiced.

I've incorporated many Egyptian traditions into my kids' lives since they were little — we have special celebrations for certain holidays, for example, which I've been adamant about keeping alive. Not only because of the important role they play in my memories of growing up, but also because it's one of the only things I can do to keep my homeland close while living abroad. Take the Easter Monday in Egypt, known as Sham-Al-Nessim, where we practice traditions that have been passed on from the times of the pharaohs. Many families have forgotten about this or choose not to partake, but other families, especially those who have their roots from upper Egypt, have kept it in practice.

The idea is this: On the morning of Easter Monday, the head of the family must smash an onion outside the doorstep of the house, then wake up everyone using it. Believe me, I hate waking up early on any day . . . imagine being woken up by an onion. Back in ancient Egypt, this day was thought of as the beginning of spring, and though we now celebrate it as Easter Monday, the tradition remained. They believed that bad smells ward off evil, hence the onions. This year, my husband didn't wake up early enough, so I asked my firstborn to wake him up with an onion. Not only did it help her connect with the tradition, but there was also a little bit of payback since he's usually the one waking us up with an onion. Husband 0, wife 1. Although I'm still keeping up old traditions like this, I've also started new ones with my family. For Easter, we do egg hunts like so many others, then we go out to eat ice cream and spend the day near a body of water (don't ask me why!). These little experiences keep my kids engaged in both their history and their present and give them multiple new ways to connect with their identity.

Related:
How I'm Teaching My Kids About Their Asian Heritage When I'm Disconnected From My Own

In order to connect my kids with our ancestors, we started working on a family tree, which was an eye-opening experience. I had to ask my parents as well as my husband's (and lots of my extended family) to help me track down everyone. I didn't know where my ancestors came from, where they were born, what they looked like, or what they did. But learning about it with my kids helped us learn more about the country itself. We virtually explored different regions, checking maps to see where each family member was born and where they ended up living. It was important for me to do this with my kids to help them learn about our ancestors and how different Egypt was during the lives of my grandparents or my great-grandparents. It also helped them better understand the history of our direct relatives, like how my husband's family became an integral part of the coptic religion and why we've kept that faith alive throughout the years. But they weren't the only ones learning: I knew my paternal and maternal grandfather, yet I didn't know, for example, that my paternal grandpa was a polyglot (he spoke English, French, German, and Italian fluently) or that my maternal grandpa was one of the first people to introduce plastics to Egypt.

One of the many mental struggles I went through, and one I think many parents in a similar situation face, is how to raise kids between two cultures. How do you inspire kids to keep the traditions and heritage alive when many people around them don't share the same background — or when some might ridicule or diminish your culture? I know my kids love certain Egyptian foods, but they don't like to eat them at school because their friends don't know what they're eating or make fun of what they bring. I don't force my kids to take that food to school, but I do tell them how amazing our heritage is, how it's a culture where women were equal to men, able to lead armies and rule as pharaohs, how breastfeeding was normalized and even celebrated in a goddess statue. And I tell them instead of feeling embarrassed, they should educate their friends. It paid off when on "identity day," my youngest chose to speak about her identity as an Egyptian — a proud mom moment.

Besides the work that we can do on our own to educate our kids about their own culture (and the culture of those around them), I think it's also an opportunity that many schools and communities could explore. I'd love if there were more education resources available about different cultures and heritages. It would be a great educational platform for people to explore cultures they may not be familiar with, while also allowing for more inclusion and diversity.

But no matter how it comes about, it's incredibly important to keep our heritage alive and teach it to our kids, so they can teach it to their kids. I want my kids to always be proud of their ancestors and to grow up knowing that their identity is not only where they were born or where they grow up, but also what lies in their DNA, in the stories of their family, and in every small tradition they keep — even waking up with an onion.