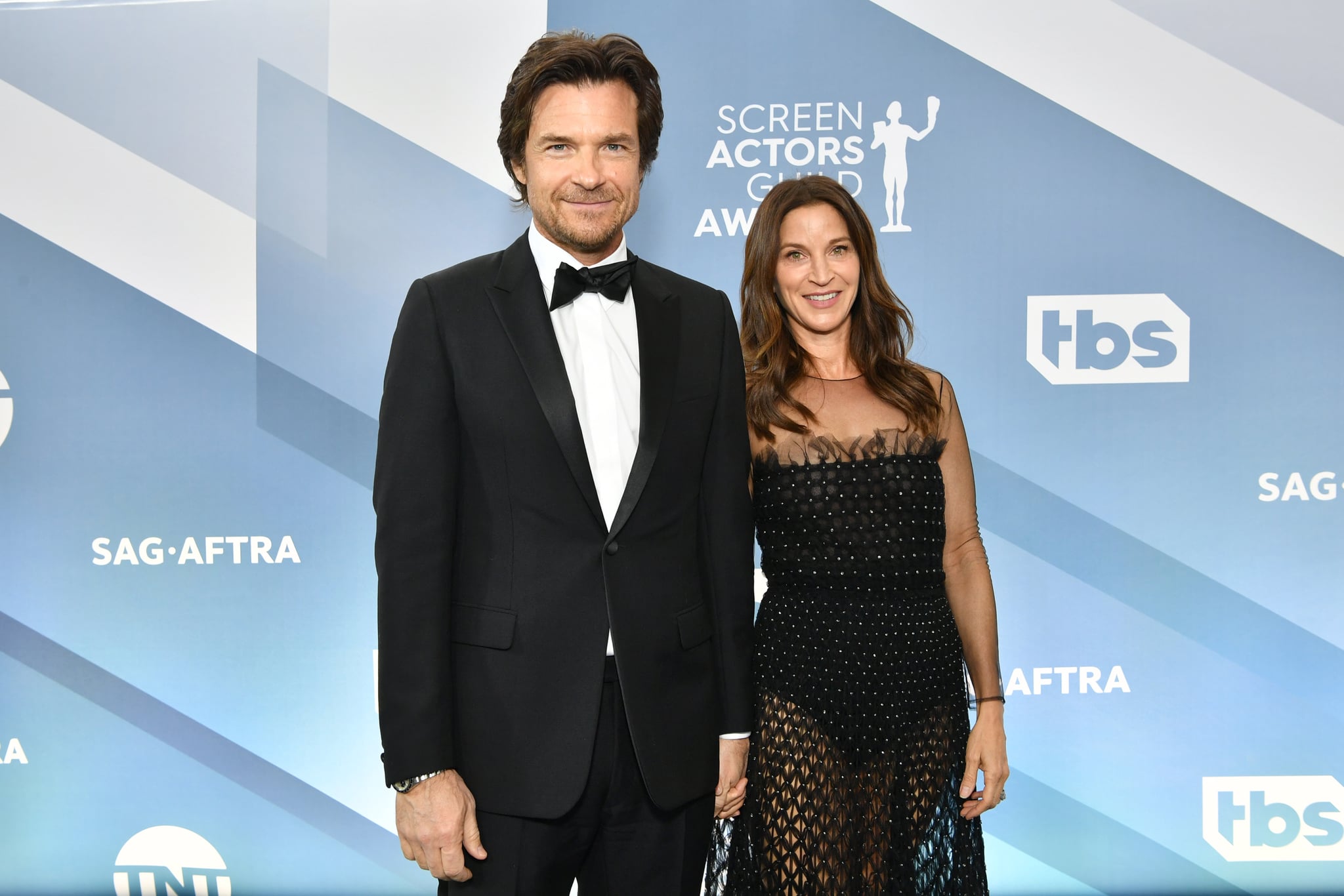 Ozark star Jason Bateman and his wife, Amanda Anka, handle their roles as parents with a little bit of humor and a whole lot of love and patience. Jason, who is well known for his humor, has shared a variety of funny stories about parenting his two daughters, Francesca and Maple, but he's also handed a lot of credit to his wife for sometimes playing the roles of both mom and dad while he's working. In a 2019 SAG interview, Jason said, "My wife keeps me really grounded by doing nothing other than just being her. She's got a full-time career herself, and she's able to be an incredible mom, and she's also almost a full-time dad too because I'm out of town so much. I'm floored by that." But what Jason does do is bring his daughters into the parts of his work that he can — like totally letting Maple crash an interview recently! Keep reading for even more stories about Jason and Amanda's daughters.

Related:
Kristen Bell Wasn't Sure She Wanted Kids Until She Had a Heart-to-Heart With Jason Bateman

Francesca Nora Bateman was born in October 2006. She is Jason and Amanda's oldest daughter. Francesca is affectionately known as Franny at home, and Jason has joked that growing up she was very into all manner of kids' movies. "But obviously, you know, Frozen is always on heavy rotation. You name it, I don't think there are really any we haven't seen. It's pretty amazing," Jason told Made in Hollywood a few years ago. Franny has grown up since then, though, and Jason was tasked in 2018 with helping her figure out how real Santa, the Tooth Fairy, and the Easter Bunny are — because Franny is one smart girl who had a lot of questions about the logistics of it all.

Maple Sylvie Bateman was born in February 2012. She is Jason and Amanda's youngest daughter. Maple has been tagging along with her famous dad for her whole life, and Jason has said that he actually loves to bring his kids along when he can. He told USA Today in 2013 that when Maple was 1, she was getting a little bit loud on a cross-country flight. "And I thought to myself, 'Why did I do this?' It's a two-day trip and I always want to bring them. It's just so fun. There's room service." Maple is still a bold child who loves to be around her dad, even popping into a 2020 interview with Jimmy Kimmel that Jason did from home during the COVID-19 pandemic. Maple waved from outside the window and Jason jokingly told Jimmy that he keeps her outside so there's more food in the house for him.