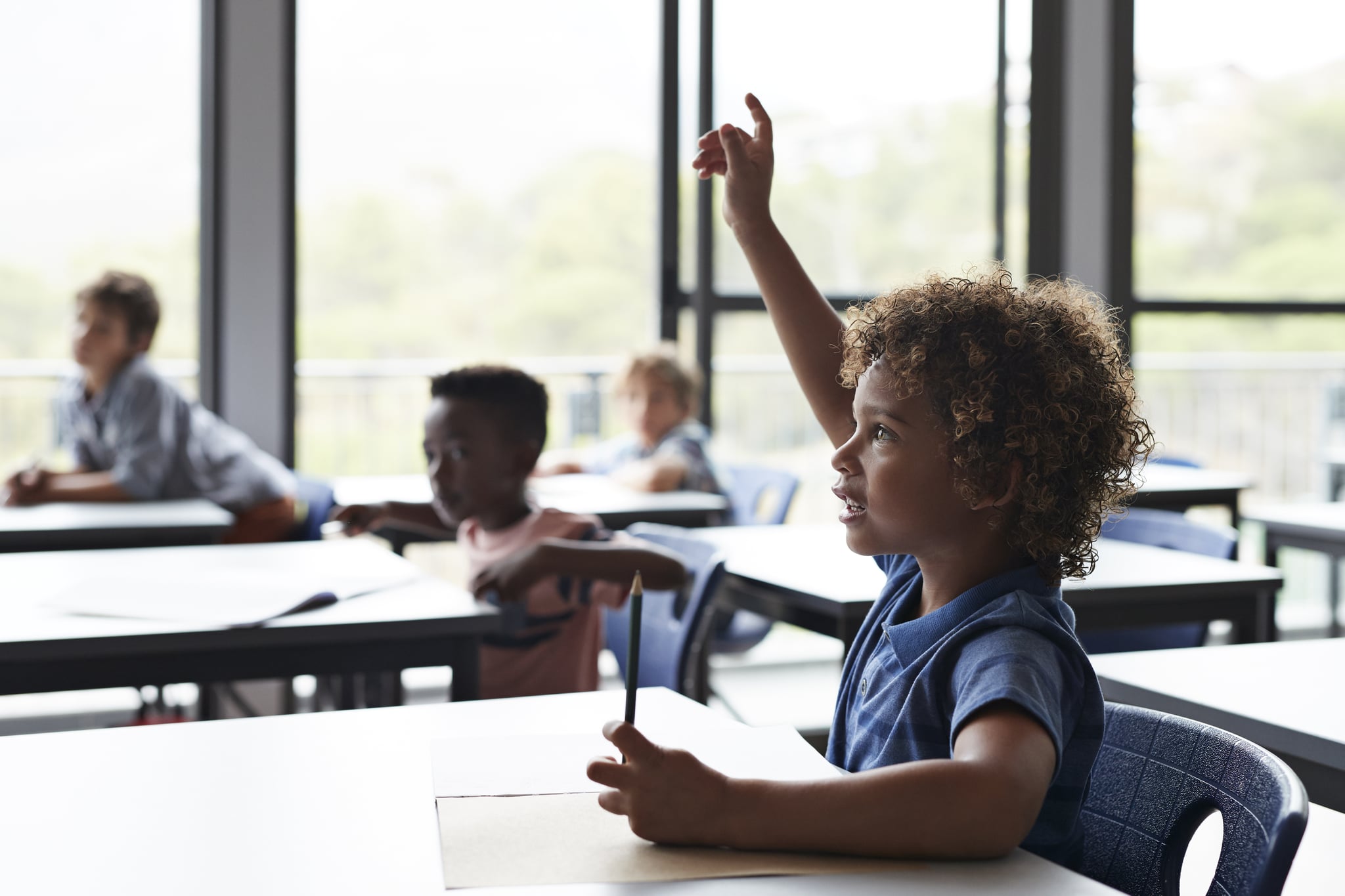 Teachers can truly make the difference in a child's confidence. My son was very introverted in his early preschool days. While I would never push him out of his shell, I could tell that there were times he truly wanted to speak up and be heard, but something within him held him back. He was also a later talker, and I think that may have played a role in his apprehensiveness. But his confidence eventually began to grow — and I have his teacher to thank for that.

I came in one day to pick my son up from preschool. Parents were crowded in the room, linking hands with their children. My son and I were trying to weave between the chatting parents when his teacher placed her hand on my shoulder to stop me. "I have to tell you something," she said. I felt a little caught off-guard because my son never really rocked any boats, especially at school. But when I looked his teacher in her face, she beamed.

"Joey told a story today in class," she said. "A very long story about how he played in a soccer game and even scored a goal."

"Oh, really?" I said. I looked down at my son and he looked back at me, smiling — chest puffed out and head high. "Good job, honey!" I said as I hugged him.

Related:
Parents, I'm a Teacher, and We Seriously Appreciate When You Advocate For Your Child

His teacher and I chatted a little longer. As the other children and parents trickled out for the day, Joey sat down at a nearby table to color. His teacher told me that, at first, my son was very reluctant to tell his story. He tried to hurry through it. He must have felt the pressure of having all eyes on him. But to encourage him and give him confidence, his teacher told him, "Take your time." So he did just that. He told his heroic soccer story to his class, who sat waiting and listening. With that one gesture, my son learned that his voice, his words, his story . . . matter.

After this moment, I tried to utter those same words back to him whenever I felt that he was trying to rush through a story or that maybe he felt his voice didn't matter. "Take your time." By stating this simple phrase to my son, I let him know that he both had my attention and was worth my attention. He could take as long as he needed because I would be there to listen.

It's been two years since this big preschool moment, and I am happy to report that, while my son still has that protective shell, he spends most of his time outside of it. His confidence has soared. Just the other day, my son (now a second-grader) and I were walking out of school to our car. We ran into his teacher in passing. "Oh, hey there, Mr. Joey — the math whiz!" she said.

"Oh yeah!" she answered. "He's always shooting his hand up in the air, wanting to answer any math problem or add to the discussion."

If my heart could explode out of sheer pride, it would have in that very moment. I don't care how great my son is at math — it's not about that at all. Because his preschool teacher told him to take his time, he learned that his voice matters. Sure, she taught him his ABCs and numbers, too. But she gave him the greatest gift he could have ever received: confidence.