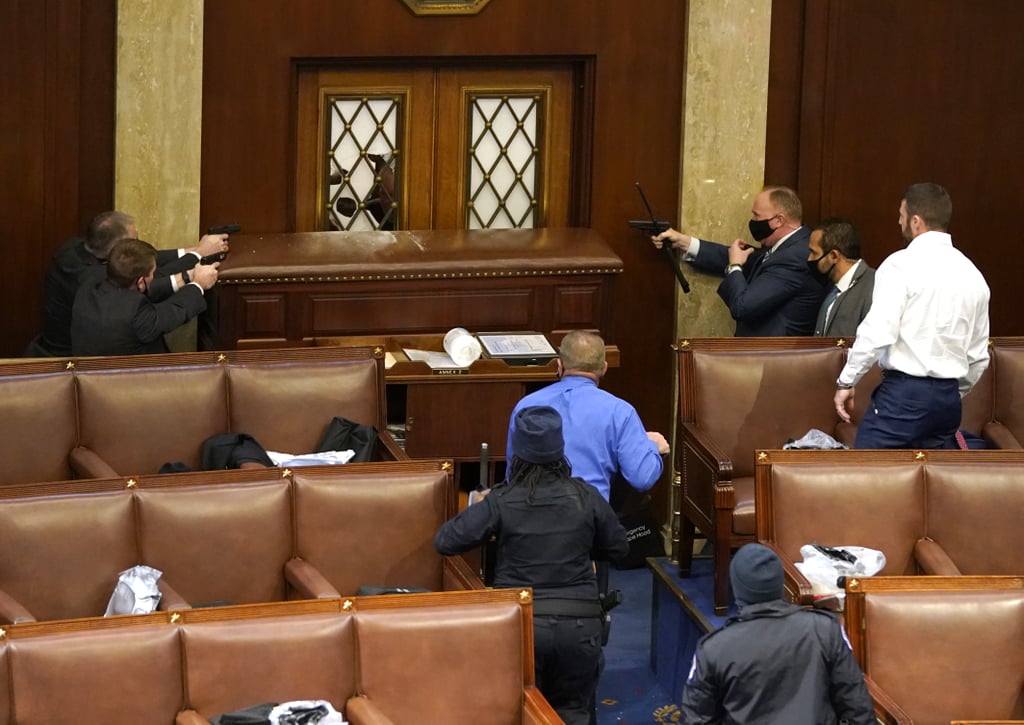 In the aftermath of the insurrection at the US Capitol by domestic terrorists on Jan. 6, details emerged that depicted what must have been a harrowing, traumatic day for those besieged inside. One of the most horrific photographs taken was that of the House chamber in full lockdown. Masked officers pointed guns at a shattered door, which was barricaded by a large wood desk, while a mob of rioters were just on the other side. Other images showed panicked lawmakers huddled behind chairs in the invaded Senate chamber. In an interview for Vanity Fair, an aide to a Democratic member of Congress recounted her boss's experience of barricading herself in an office and putting furniture in front of the doors: "She was trying to stay quiet because she was afraid people could hear her inside her office . . . this is like an active-shooter drill that we helped our kids prepare for."

The only difference? What occurred at our nation's Capitol this week is shocking and unprecedented, but it's what now happens in our children's schools — on average — every 12 days.

What occurred at our nation's Capitol this week is shocking and unprecedented, but it's what now happens in our children's schools — on average — every 12 days.

In fact, this is only the third fatal shooting incident to have ever taken place in the US Capitol — only the second one in the past century. Meanwhile, there were four fatal school shootings this past year alone — and it's worth noting that schools across the nation were mostly shut down in 2020 due to the coronavirus pandemic. Over the past 10 years, there have been roughly 230 school shootings with 375 victims.

What's more, it is the very legislative body that resides in the US Capitol that has done relatively nothing to keep America's children from having to perform active-shooter drills before they learn how to read. It's this Congress that did nothing after the Sandy Hook Elementary School shooting in 2012 that cost 26 people — including 20 children between the ages of 6 and 7 — their lives. And it's the same Congress that passed no new gun-reform legislation after the Parkland massacre of 2018, which killed 17 people at Stoneman Douglas High School. Thankfully, that tragedy prompted a surge in new state-level gun-control laws, but in 2019, after 110 bills containing the word "gun" were introduced to Congress (among the more than 7,600 total bills), according to the Capitol's official record-keeping site, only one became law, and it wasn't focused on the gun debate at all.

This dichotomy isn't lost on our nation's teachers and students, who have spent their formative years experiencing what those within the US Capitol have only now begun to witness firsthand. 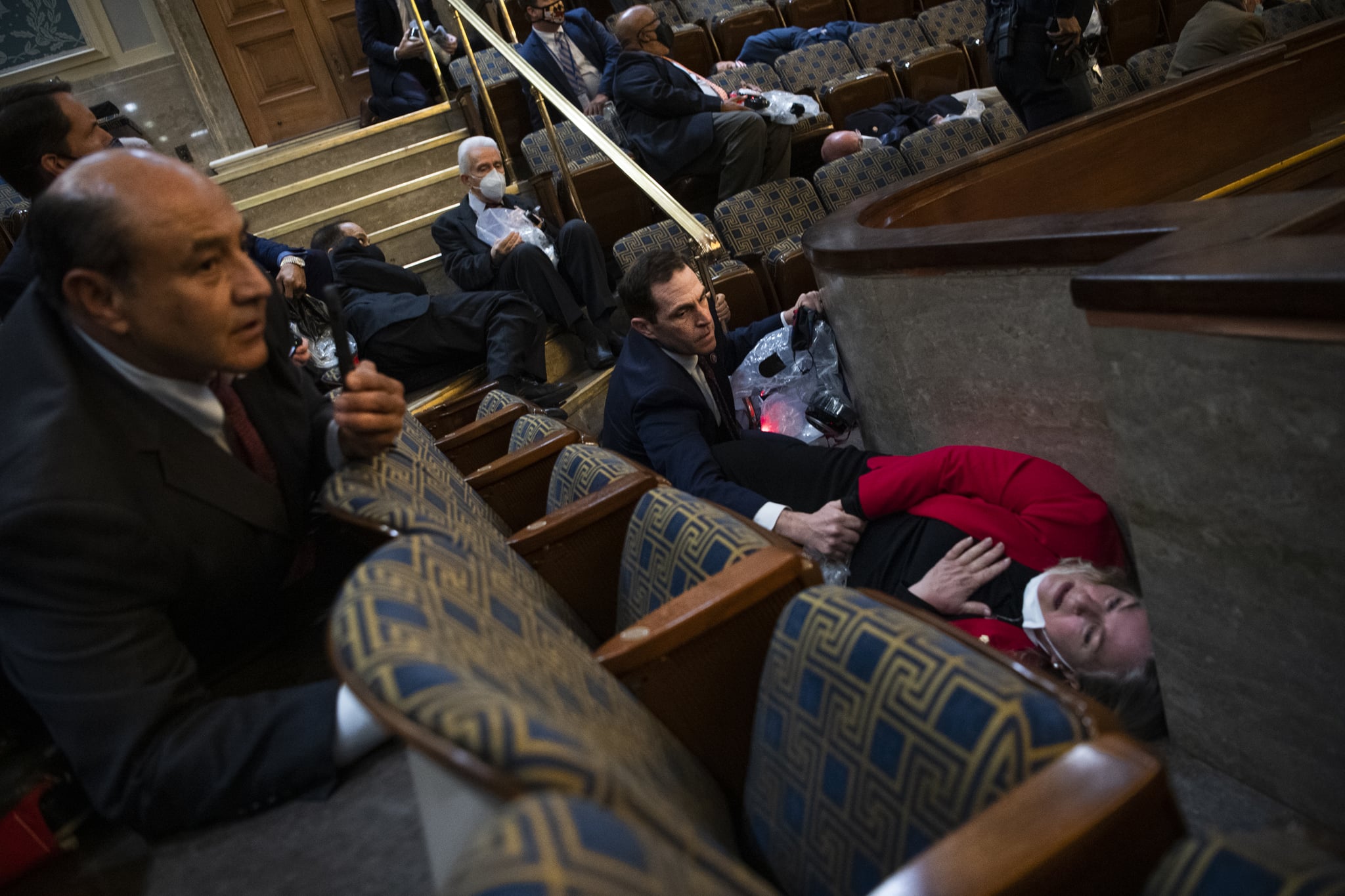 David Hogg, a survivor of the Parkland shooting and gun-control activist, tweeted that "Congress is now seeing just a small amount of what American school children have gone through for decades with active shooter drills and shootings enabled by their inaction."

A middle-school science teacher tweeted that she wondered "how Congress enjoyed the lockdown" and "if they now have a better understanding of how school children felt when an active shooter invaded their 'safe and sacred' space."

Many more members of the school community have taken to social media to express their outrage, with some sarcastically advising that "maybe Congress should have invited school children to teach them what to do in the case of an active shooter" and others sharing advice that they've learned from their own experiences with mass-shooting drills, like "playing dead" and running in a zigzag.