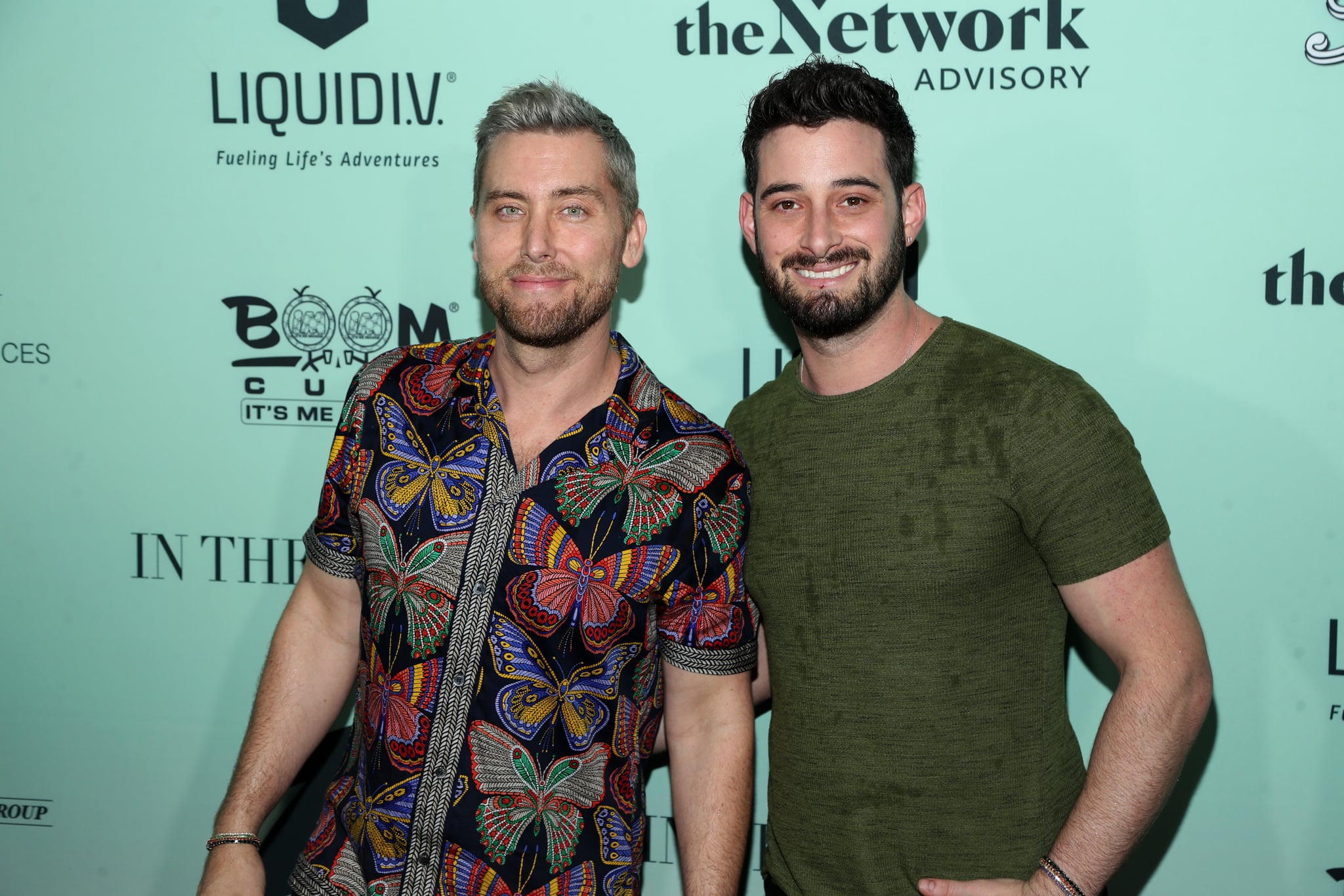 Lance Bass and his husband, Michael Turchin, are determined to start a family of their own. Recently, the 41-year-old *NSYNC alum opened up about how difficult it was to learn about their surrogate's miscarriage last year and the unique challenges the COVID-19 pandemic has presented in his journey to fatherhood.

"We're two and a half years in and we keep running into a lot of different hiccups," Bass told Too Fab in an interview. "We haven't been pregnant since last year, you know, when we lost [the pregnancy] last year. But now, we found a new donor and we love the donor, so we have our embryos ready to go right now."

In March, Lance shared that his surrogate had experienced a miscarriage in the fall of 2019 when she was eight weeks pregnant. It was the couple's ninth round of IVF. Despite the loss, Lance knew that he wasn't the only one who was struggling with starting a family.

"We unfortunately lost him after eight weeks, which happens to pretty much everyone when you're going through IVF," he told Entertainment Tonight in March. "I didn't even know that as we were going through this, but we've met so many great couples who have the same story. So, you do feel a lot of support knowing other people have gone through it."

Because of the COVID-19 pandemic, Lance and Michael's attempts to start a family had understandably been put on hold. "Unfortunately, we just lost our surrogate that we've had for over two years," he explained. "And so now begins the process of finding a replacement surrogate, which is hard during COVID because a lot of surrogates really don't want to get pregnant during a time like this."

"You try to trick yourself into not getting excited because you know anything can happen at any time."

Lance continued, noting that he's been trying to stay as levelheaded as possible throughout the process: "You try to trick yourself into not getting excited because you know anything can happen at any time, especially in those first few weeks when there's a huge possibility that the [embryos] won't stick," he said. "You keep telling yourself that and trying not to get your hopes up, but you're always going to have those thoughts in the back of your brain where you're already planning out their lives. Especially once you know the sex — you can't help but fast-forward over their entire lives and imagine [what] they're going to be like, who they might marry, and all kinds of stuff."

"That's the thing that sucks — you can't help yourself from thinking those thoughts and having this perfect world scenario in your mind," he added. "Getting over that has been hard. It's like all these hopes and dreams I had won't be happening this time. But everything happens for a reason and when it needs to happen, it'll have to happen."

Lance said that so far there have been "way more downs than ups," but he's hopeful that he will become a father eventually. "Nine [of the embryos] did not work, so now we're onto 10 and hopefully the next time will work," he said. "I'm trying not to worry about it. Of course, in a perfect world, I would love to have my own kids. But if it's not meant in the cards, then it's not meant in the cards and there are plenty of kids who need adopting. So, I'm not opposed to going right ahead and adopting if this fails next time."