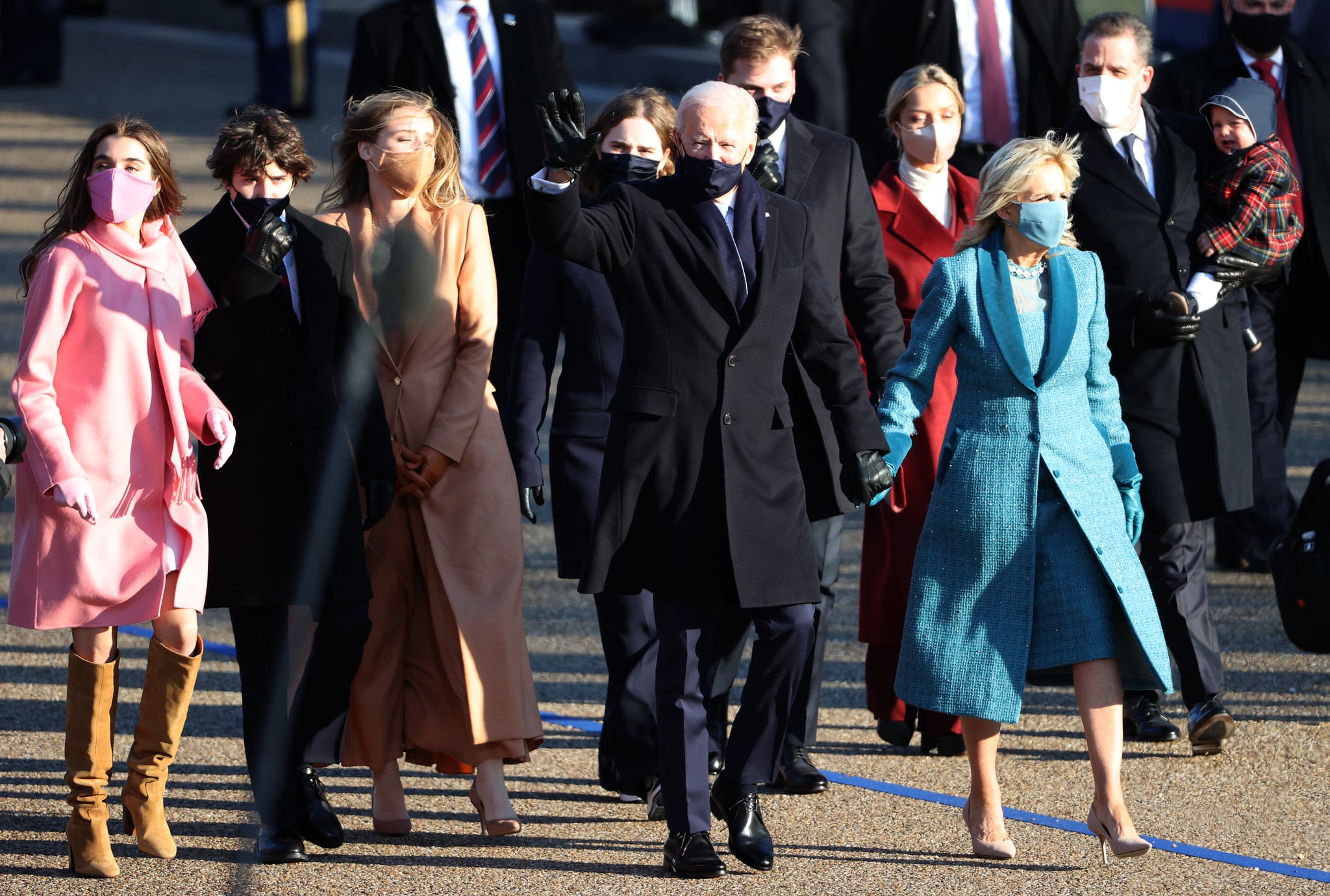 It's clear from anyone who watches that the Biden family are incredibly close, from President Joe Biden and Dr. Jill Biden on down to their grandchildren. But did you know there's a touching significance to some of their grandchildren's names? The Biden family, as we all know, have suffered their fair share of tragedies, but the names of the youngest members of the family are tributes to the closeness of the family and to the members who are no longer with them.

Hunter Biden's eldest daughter, Naomi, is named after her late aunt, Naomi Biden, the daughter of Joe Biden and his first wife, Neilia. When Hunter was 2 years old, he was in a car accident with his siblings and their mother; Hunter and his brother, Beau, survived, but their mother and their 1-year-old sister, Naomi, did not. Hunter paid tribute to his late sister by naming his first daughter after her. According to CNN, she's following in the family footsteps: she graduated from Columbia Law School in May 2020. Beau Biden also honored his late sister in his daughter's name: his daughter Natalie's middle name is Naomi.

When the late Beau welcomed his son in 2006, he chose to honor his brother with the name. Robert Biden's middle name is Hunter, after his uncle. Years after Beau's death, his brother, Hunter, paid tribute to him in kind through the naming of his youngest son. In 2020, Hunter and his second wife, Melissa Cohen, had their son, whose name was not revealed to the public until the day before the Biden inauguration. According to People, inauguration officials listed "Beau Biden" among the family members traveling to the ceremony.

The Biden family have been through a lot through the years, including the loss of two siblings. Naomi died in a car crash back in 1972, just weeks after her father's first election to the Senate. The elder Beau died in 2015 after battling brain cancer, and he was clearly on his father's mind as Joe Biden prepared for the inauguration. At his sendoff in Delaware, soon-to-be-President Biden spoke at the Major Joseph R. "Beau" Biden III National Guard/Reserve Center and paid tribute to his late son. "I am even more proud to be standing here doing this from the Major Beau Biden facility. Ladies and gentlemen, I only have one regret: he's not here. Because we should be introducing him as president," Biden said. It's clear that the Biden family hold each other close, finding ways to honor each other and the ones they've lost over the years.