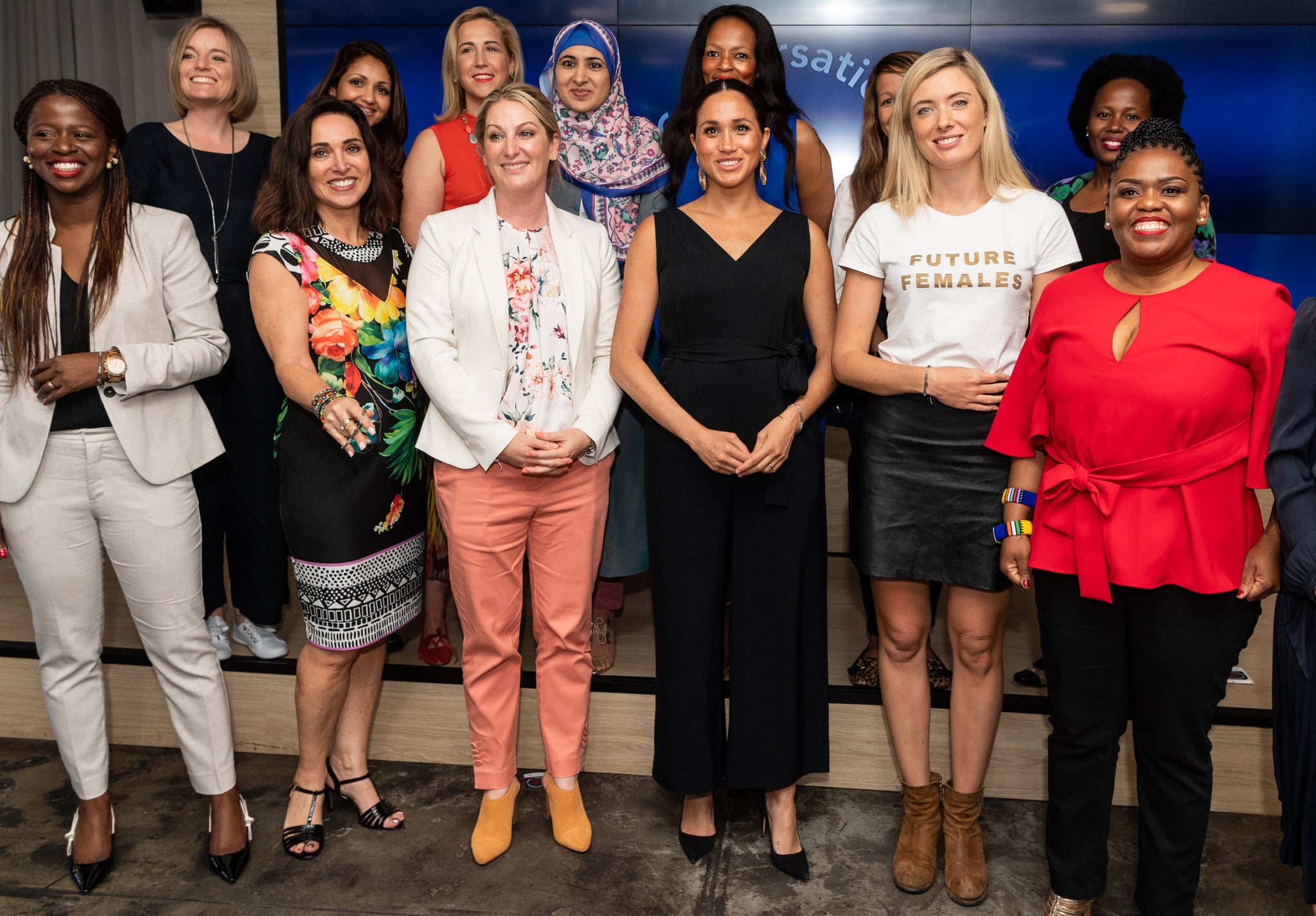 Meghan Markle has been exceptionally busy on her family's royal tour of Southern Africa. While speaking with female founders of tech companies in the region at the Ladies Who Launch meeting, she talked about how important it is to set a good example for the future generation.

Matsi Modise, founder of the skills training company Simodisa, said that Meghan emphasized how hard it can be to strike a balance between work and motherhood. "She talked about being a mother and having duties as a duchess and fulfilling what her heart desires — and that it can't just fade away now that you're a duchess," explained Matsi. "You have to be true to who you are."

By all accounts, the founders walked away from the conversation feeling inspired. "You know the phrase, 'If you have climbed a mountain, you're the one who has the biggest to fall?' You are the one who is ushering a path for everyone else," said Matsi. "She spoke about how we have to keep pushing and going forward, knowing that you are doing it for others who will follow. She wasn't referring to being a royal, but life in general when you have challenges."

Little Kids
These Body-Positive Songs Are For Kids, but Our Inner Children Love Them, Too
by Melanie Whyte 8 hours ago