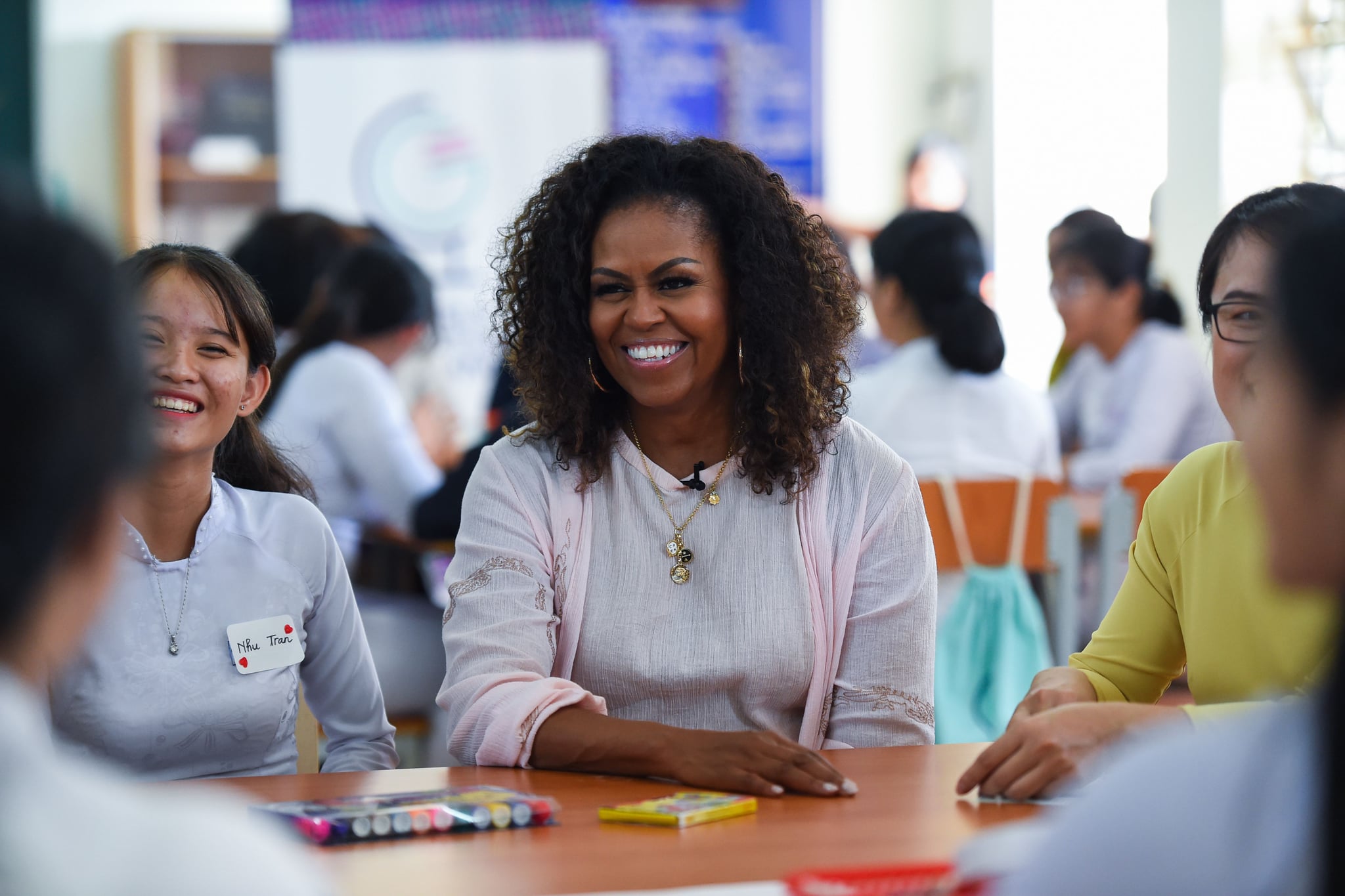 Former First Lady Michelle Obama has an exciting announcement for young readers: she's releasing a new version of her bestselling memoir, Becoming, for older kids next month! On Feb. 3, Michelle shared the exciting news on her Instagram with a sweet video.

"I'm so excited to share that we are releasing new young readers' and paperback editions of Becoming on March 2!" she wrote. "Being honest about who I am and sharing my story in Becoming was one of the most freeing experiences of my life. And one of the highlights of my experience was hearing from so many of you and getting into the kind of deep, honest conversations that leave everyone feeling more connected and nourished."

Michelle said she hopes that her young readers' edition of Becoming can serve as a "conversation starter" for families. "Maybe it'll open up new dialogues with your children or grandchildren," she explained. "Maybe you can use it as an opportunity to begin a book club with the young people you know or use it as an excuse to invite them into your existing book club."

Since Becoming smashed so many records after its 2018 release — including becoming the bestselling memoir in history — we're excited to have the chance to share a new edition with the young people in our lives. Here's to many virtual book clubs (and possibly, a family movie night) in the future!