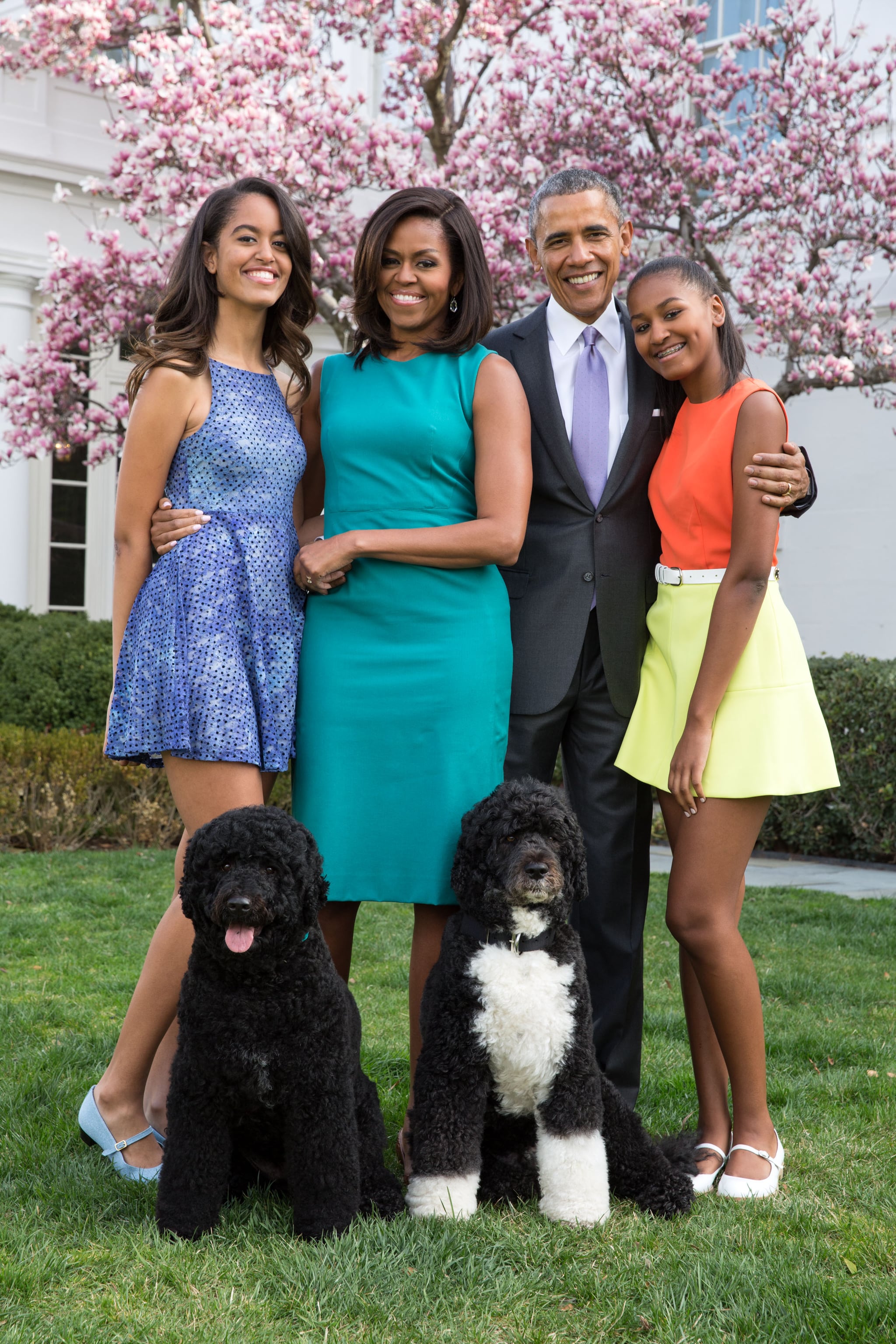 At the end of 2019, Michelle Obama had finished filming her new Netflix show, Waffles + Mochi, and was ready to embrace empty nester life with Barack since both Malia and Sasha were officially away at college. Then the pandemic hit, and her 22- and 19-year-old daughters found themselves back at home with their parents.

"Our girls were supposed to have emptied out of my nest," Michelle told People. "I was sort of celebrating that they were out building their lives and allowing me the emotional space to let them go. Well, they're back!"

And even though this was an unexpected change for the Obamas, as it was for so many families across the world, it's not surprising that Michelle embraced this extra time with her girls. In a 2018 interview, Michelle joked that she wouldn't let Sasha and Malia leave her behind so easily. "I told them, 'No matter where you go, I'll drop in whenever I need to see you. I'll find you!' It's like, 'I can audit classes at that university,'" she said. "It's just what they want. Just texting, 'LOL, guess who's in town?'"

"Those recaptured moments have meant the world to us and I think they've made our relationships with our children even stronger."

Of their family's time at home over the last year, Michelle shared that it felt like she was stealing moments back with her daughters that she never would have had otherwise.

"Those recaptured moments have meant the world to us and I think they've made our relationships with our children even stronger," she said, adding that being home together definitely felt different considering both Sasha and Malia are used to the freedoms of being on their own at college. "There's something about witnessing your children become adults and developing a different relationship with them. They didn't come back into the house into the same set of rules, because I didn't want them to miss out on independence. They came back as young women and our conversations are more peer-oriented than they are mother-to-daughter."

Michelle, who has already been vaccinated for COVID-19, says she sees a light at the end of the tunnel in terms of the pandemic, and she's thinking ahead to the future, which includes retirement. "I've been telling my daughters I'm moving toward retirement right now, [selectively] picking projects and chasing summer," the former First Lady said. "Barack and I never want to experience winter again. We're building the foundation for somebody else to continue the work so we can retire and be with each other — and Barack can golf too much, and I can tease him about golfing too much because he's got nothing else to do."

We wish the Obamas a well-deserved retirement when it happens, but we certainly hope that some of that banter makes it to Instagram so we can enjoy their teasing each other, too.

Michelle Obama
Michelle Obama Responds to "Horrifying" SCOTUS Decision: "It Must Be a Wake-Up Call"
by Yerin Kim 17 hours ago