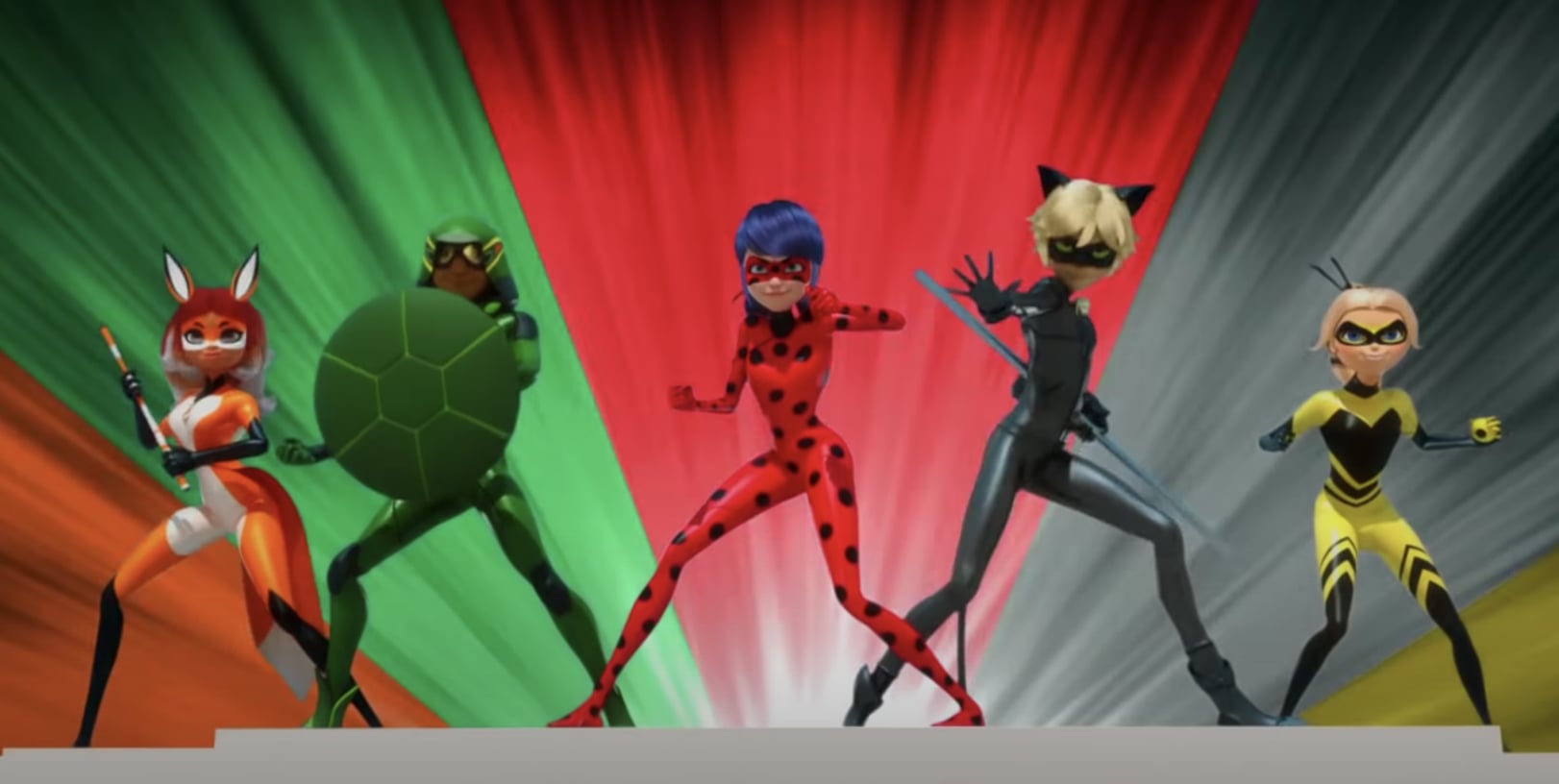 "All that is necessary for the triumph of evil is that good people do nothing" is a quote that often gets repeated in Miraculous: Tales of Ladybug and Cat Noir, underscoring the main theme of justice in the computer animated French series that's gained momentum in the US since its premiere in 2015. The latest seasons are available on Netflix and regularly air on Disney Channel. In fact, a new movie just aired on Disney called Miraculous World: New York, United Heroez.

Besides being a brightly animated, action-packed show, it does sometimes deals with heavy topics — but that doesn't mean it's not appropriate for kids. In fact, it's an inspiring show for families to watch together. At its core, Miraculous encourages positivity and open-mindedness, redefines superheroes, celebrates diversity and inclusivity, and gives agency to teenagers to fight against evil and stand up for their beliefs.

The show takes place in Paris and introduces us to Marinette Dupain-Cheng and Adrien Agreste, two teen friends who fight crime together as Ladybug and Cat Noir respectively . . . without realizing they know each other. By using their "Miraculouses" or magical jeweled objects that give them special powers, they protect Paris from supervillains created by an arch nemesis named Hawk Moth. He preys on peoples' negative emotions and turns them into villains who help him try to capture Ladybug and Cat Noir's powers. Each episode predictably ends with Ladybug and Cat Noir defeating the villain and capturing and purifying the "akuma" or entity that makes them evil (It wouldn't be a kid's show without a happy resolution!). But, it only drives home the point that kindness and good deeds are rewarded in Miraculous, and evil may sometimes get ahead, but it never prevails. 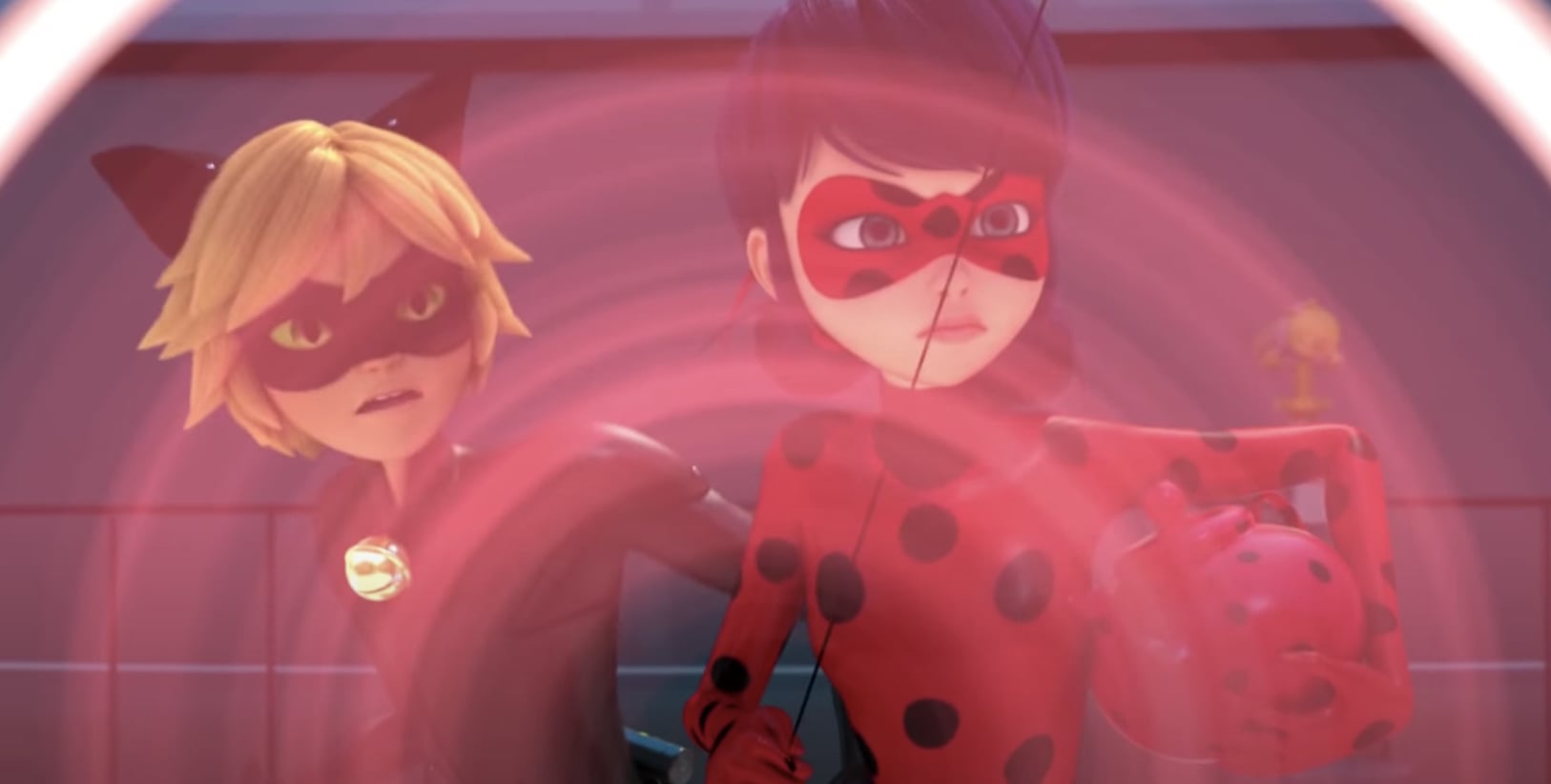 We're so used to seeing people acquire their powers through preternatural means (ie a meteorite or a spider), it's satisfying to see portrayals of civilians being powerful and saving the world. Marinette and Adrien received their Miraculouses when they were the only ones to help an elderly stranger who, unbeknownst to them at the time, gifts them their powers. Despite being animated, Miraculous gives us realistic examples of superheroes and doesn't try to set parameters on who can be one. Ladybug, for instance, is not called a female superhero: she is a superhero in her own right and doesn't play second fiddle to Cat Noir just because she's a girl.

In a French interview, creator Thomas Astruc said the characters are tributes to heroes like Catwoman and Spiderman, but with the genders reversed. What's so fun about the show is that anyone can be a hero or superhero: not just through magical powers, but because those powers only amplify the heroic traits they already have. In the two-part episode arc of "Heroes' Day," Hawk Moth releases several villains to take down Paris, but normal Parisians help the superheroes defeat the villains, saying, "Parisians, we can be heroes, just for one day!" And when Ladybug and Cat Noir need help fighting crime, they call on their peers because they realize the importance of asking for help, and give them their own Miraculouses.

The lack of dictation over who can be a hero and superhero is overlaid by the show's emphasis on diversity and inclusion. Different cultures and identities are celebrated in the Miraculous universe constantly — Marinette, for example, is part Chinese, and Adrien's fencing partner Kagami is Japanese. The US president's name in Miraculous New York is Camilla Hombee, an anagram for Michelle Obama. The cultural identities of these characters are woven into the plot and rarely mentioned when introducing a character — if at all — because that don't define them. Miraculous allows these characters to exist as fully fleshed beings without being pigeonholed into a single identity.

In an interview with a French publication (translated into English), Astruc said, "We are sensitive to the impact of pop culture on young people. We are very careful not to show things in the series that could have a bad influence on their imagination . . . We show a kind of ideal where the big, strong sportsman can be the best friend of the nerd. And when faced with a negative character like Chloe, the question is not going to be how to make her nice but rather how to react to her." 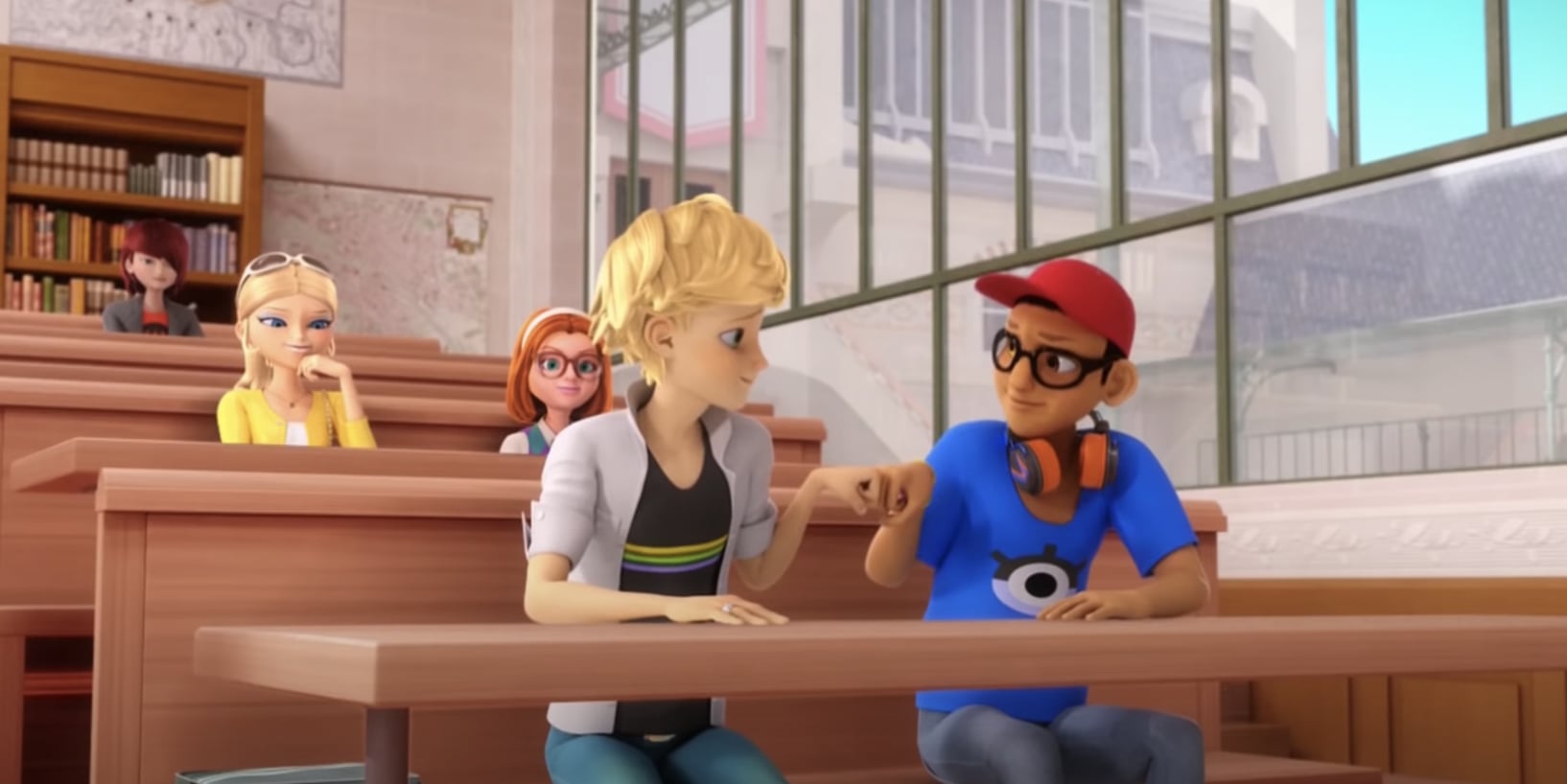 Even as they're carving out their own identities, what all these characters have in common is that they're teenagers. Teens are often dismissed because of their comparatively young age, but in Miraculous, they have the power to speak up and space to develop. Adrien, who's been sheltered by his controlling father his whole life, finds himself becoming more courageous as Cat Noir. His alter ego encourages him to fight for his right to attend school like everyone else and develop his social skills. He encourages one of the show's pseudo-bullies, Chloe, to make amends when she gets everyone in trouble.

He isn't the only one to call Chloe out. At first, Marinette is worried she is too clumsy to be Ladybug, and is scared of standing up to Chloe. Eventually she pushes past her fears and learns to do so — after all, her alter ego is battling bullies no matter how big or dangerous they are. 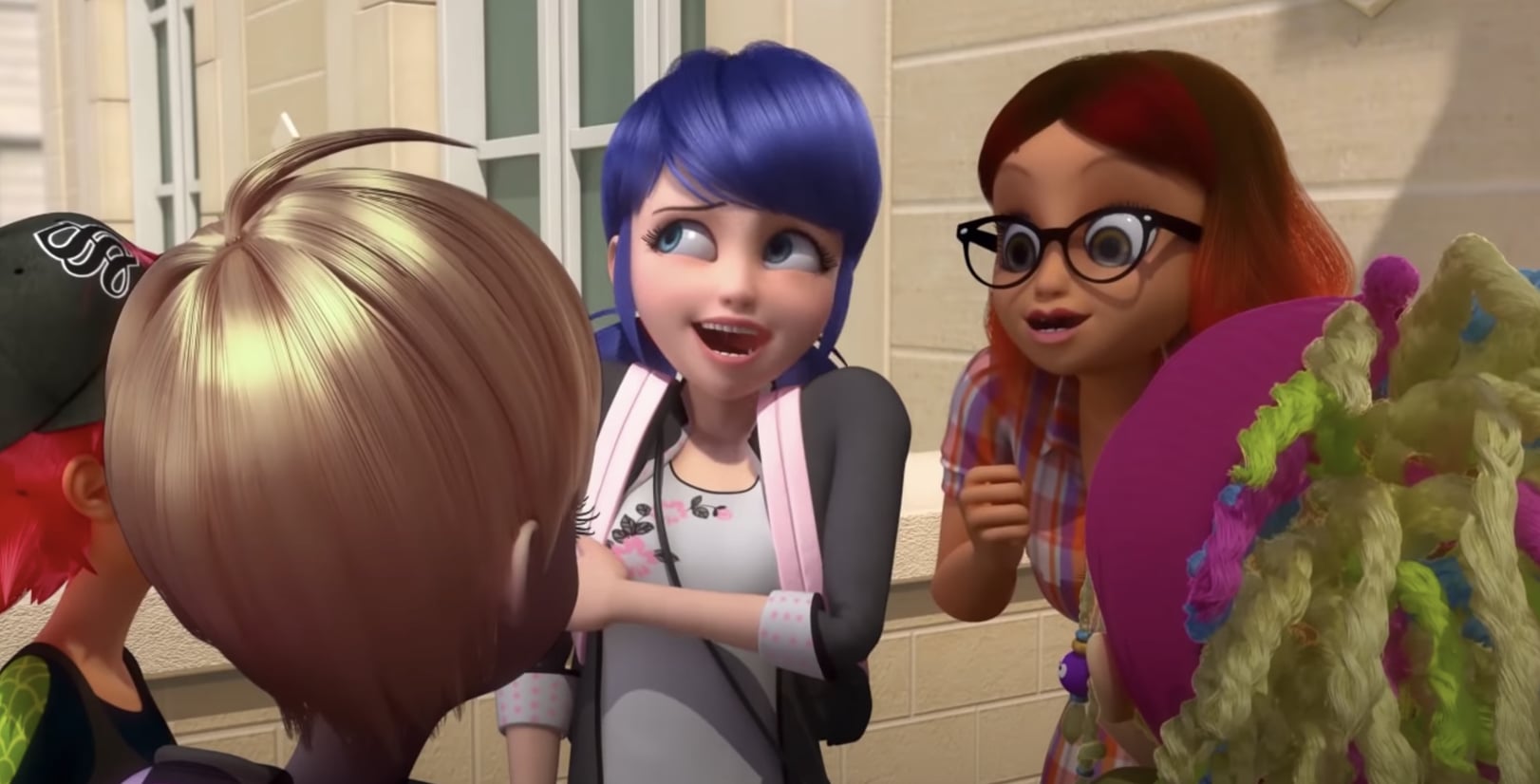 These examples of strength motivate her and Adrien to become heroes in their everyday lives too, until it's nearly impossible to tell where Ladybug and Cat Noir end and where Marinette and Adrien begin. When everyone helps Marinette with a picnic she hastily tries to plan, Adrien tell her, "You're always helping people. Like that day you helped Juleka overcome her class photo curse. Or when you partnered Nathaniel and Marc together to make that comic book. Or when you helped me get to the movies so that I could see my mother on the screen. That's why everyone jumped at the chance to help you with the picnic. So today, it was our turn to help you. You're our everyday Ladybug. Have a good evening, Super-Marinette."

Super-Marinette has a nice ring to it, especially considering no one knows she's Ladybug, because it reaffirms the growth of her character. It's as she/Ladybug tells Hawk Moth, "We are changing the world for the better every day, by our actions, not just by wishing it or at the expense of innocent citizens!" Miraculous: Tales of Ladybug and Cat Noir's characters don't just change the world: they are also changed by it. It encourages its characters (and viewers!) to be our own heroes and to roll with unexpected situations in life — a valuable lesson no matter how old you are.