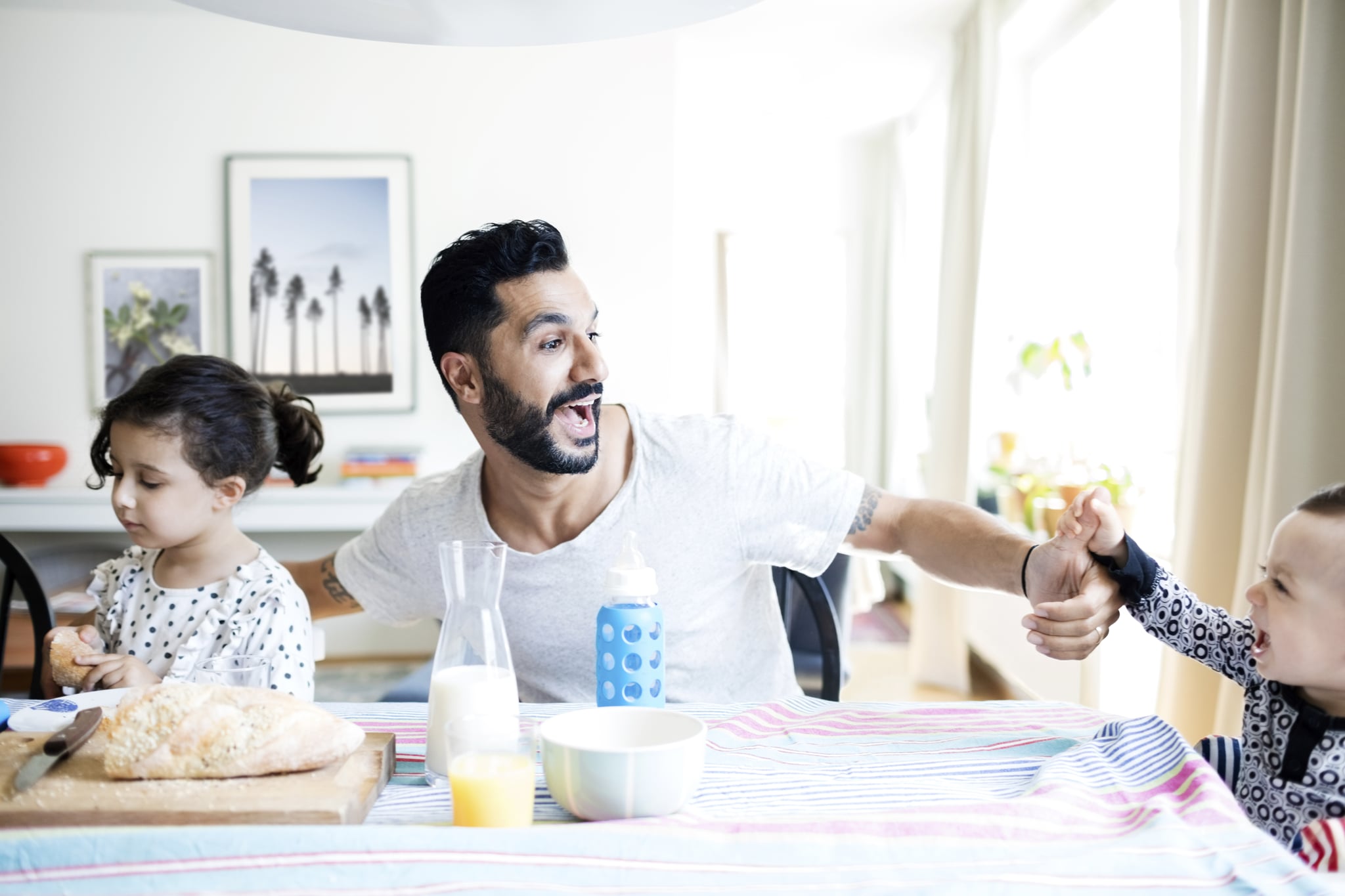 Before I became a mother, you would never catch me up before the sunrise on the weekends. My kid-free Saturday and Sunday mornings were spent sleeping in, many times right up until noon. I was a total night owl, mainly because that's simply the kind of lifestyle I had back then — you know, because I was not yet responsible for the lives of two little human beings. Before I had kids, I used to stay out late with my friends at nightclubs, blissfully knowing that I didn't have to get up early the next day. If I stayed home, you'd still find me up late, binge-watching the latest and greatest shows to my heart's content (or until I finally passed out on the couch).

That all changed when I became a mother. Once I brought my newborn home from the hospital, I was no longer a night owl, yet I wasn't a morning person either. I was just existing. Between the constant breastfeeding and diaper changing, I felt like there was no real start or end to my day. It was just one continuous cycle. Like most new moms, I was exhausted and overwhelmed. I traded in my clubbing shoes for dark circles under my eyes and my late-night trips to Jack in the Box for spit-up stains on my t-shirts. Glamorous, I know.

Another kid and several years later, my routine finally got back on track. We finally put in place a consistent bedtime routine and my children were sleeping the entire night in their own rooms — well, most nights anyway. Since my children were now old enough to get dressed by themselves, pour themselves a bowl of cereal, and entertain themselves for a while, I was finally able to sleep in again on the weekends like I used to. But just because I could do it, it doesn't mean I did. In fact, I found myself unable to sleep in anymore. I actually wanted to get up early and start my day. I couldn't believe it, but for the first time in my life, I was a morning person.

Related:
I Thought I Knew Everything About Parenting. Then I Had a Baby.

Having kids made me realize how precious time is. My oldest child is now 10 years old and I can't get over how quickly she went from being my bouncing baby girl to my tween. It went by in a flash. And that's why I don't spend my mornings sleeping in anymore. To maximize my 24 hours, I'm always the first person in my family to wake up and start the day. Before the kids come downstairs for breakfast, I've already started the laundry, paid bills, and, most importantly, had my morning coffee. I realize now that it feels good to take control and get a head start on things.

Don't get me wrong, I still believe weekends are made for fun, but I also believe in taking care of my responsibilities first. I've finally learned my priorities, people! That's another reason I like to get up early. Once my responsibilities are handled, I am able to have fun or just relax with my family the rest of the day. Whether we spend the remainder of the day running around an amusement park or sitting indoors playing board games on a rainy day, it really doesn't matter to me. As cheesy as it sounds, all that matters is that I am spending as much quality time with my kids as possible.