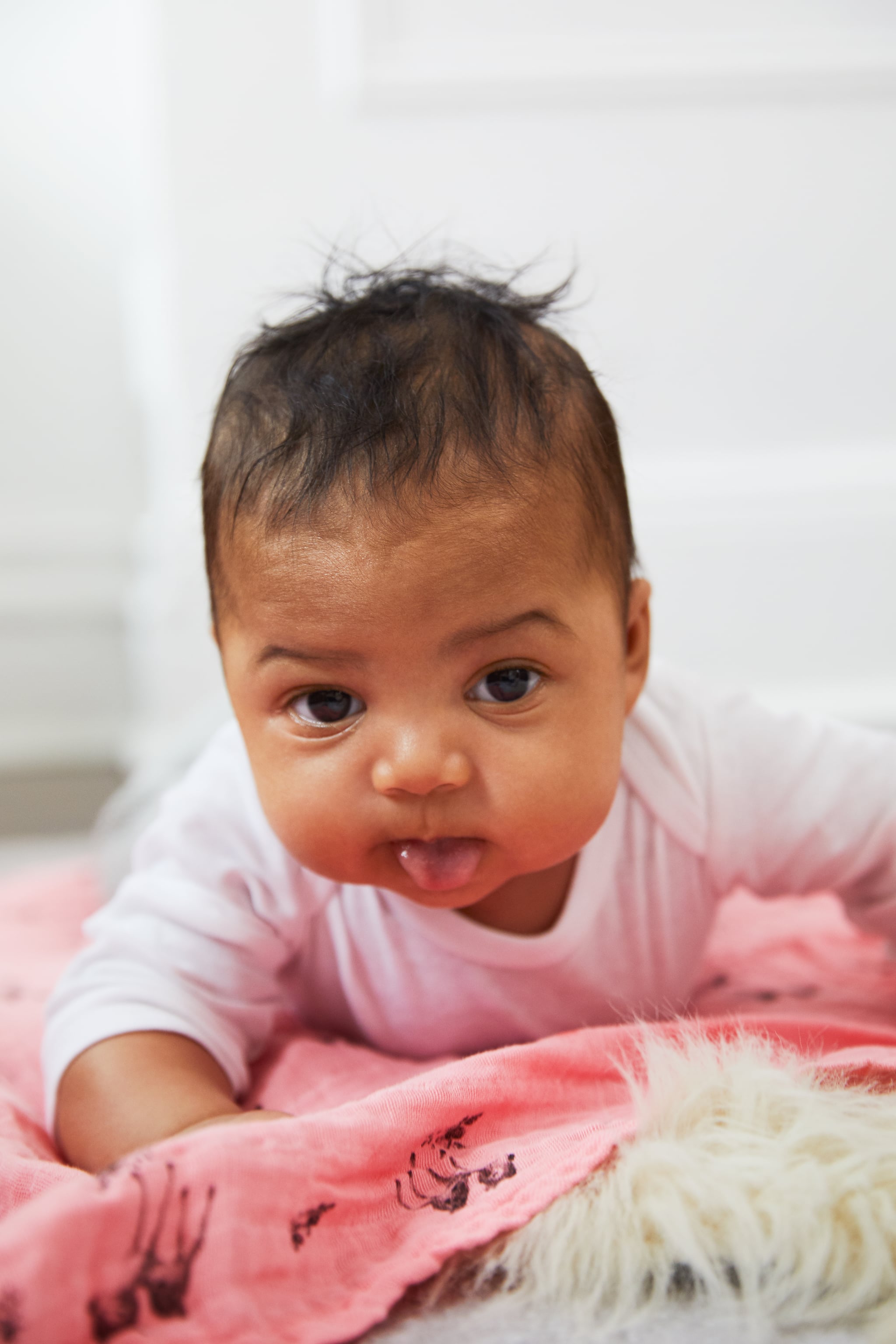 Everyone talks about how babies change so much so quickly, but since birthing said baby, I too have changed dramatically in a short amount of time. In my not-so-distant 20s, I was a babysitter for multiple families all over New York City to support my theater and comedy dreams. Because I was babysitting other people's children for no longer than eight hours at a time, I developed what can only be described as a "parenting hubris." I thought I knew how to raise a child better than other babysitters, teachers, and especially parents. Now after being pregnant, giving birth, and keeping that child alive for nearly two years, I know how very wrong I was about all of my strongly held opinions. Here's how I've changed.

"I don't want baby stuff. I'm going to carry my baby until she can walk on her own, she can play with sticks, and she can sleep in a drawer."
I have a jogging stroller with SUV-size wheels, a long sheath of plastic, and a baby sleeping bag to protect from the elements; blocks of every size shape and texture; and a giant crib. (And as luck would have it, whenever I put my baby into the crib, she projectile vomits.)

"I will never take my child to a restaurant until they know how to speak politely."
Every chance I have to eat out with my child, I take it. Yes, the playground and library are great, but they don't serve cocktails.

Related:
50 Things I've Done as a Member of the No-Sleep Parenting Club

"I don't need mom friends, I already have friends."
Within four weeks of having a child, I signed up for a mommy group where I could talk with other women who had also just had babies. Despite my earlier reservations, I paid a woman to introduce me to other women who would hopefully become my mom friends — and it worked! I love my mom friends, cling to them, for they understand what the heck is going on with my body and mind so much more than my baby-free friends. With a nonmommy friend, if I talk about drinking in the shower, they're worried I have a drinking problem. A mom friend understands that I have to do as many things as possible at the same time.

"I don't care about outfits and clothes and all that stuff other women distract themselves with instead of focusing on the actual baby."
My child doesn't have her own Instagram, but I adore dressing her up and taking pictures of her. I rarely veer out of my personal uniform of nondescript pants and t-shirt, so I am perplexed at this thrill, this buoyant excitement that I get when I dress up my daughter. And it's not for sharing — it's just for me. I dress her up so I can giggle at how cute she looks with her socks pulled over the bottom of her leggings that match her little pink and gray sweatshirt. And I should have known that I would be this way. I saved a Hello Kitty scarf from my own childhood (so, from 1982) for my child. That's three and a half decades of pretending I didn't care about clothes when I really, really did.

Related:
9 Things No One Tells You About Having 3 Kids Under 5

"Breastfeeding is only for babies."
Recently, a friend of mine told me a story that ended with "Her child is 2 years old, and she's still breastfeeding her!" I know the reaction she wanted from me. Before I had spent the greater part of a year breastfeeding my child, I could have said to her, "As soon as they can ask for it, they shouldn't get it." But instead, I said, "Yeah, I get it. As much as I want to stop sometimes, I don't look forward to giving it up." What I learned through my pregnancy and breastfeeding journey is that it's so personal, and I have no right to judge how someone wants to feed their child. As long as it works for them and their kid, then it's the right choice! Besides, you can never know what you'll choose until you actually spend months with a child gumming on your nipple.

"Birthday parties for 1-year-olds are pointless."
We didn't have a party for our daughter, but I've come to love going to other babies' first birthday parties now that I understand that it's only peripherally for the baby. If two parents decide to throw a party and invite their adult friends, you know that they are going to go all out to A) justify bothering to have a party at all and throwing off sleep schedules, B) say thank you to all of the people who helped them get through the most trying year of their lives, and C) prove that they can still have a good time regardless of how much they've changed. I support these people and will be inviting them to my child's birthday party when she turns 2.

"Home birth? No way."
I intentionally gave birth to my baby in my apartment. Yes, it's a beautiful process, but it's also kind of gross. I am so thankful for my experience because now I know that my body is not only capable of growing but also birthing a human baby. My squeamishness at home birth was merely fear that dissipated with educating myself about labor, and then experiencing it firsthand. I pity the girl I was who thought there was any wrong way to have a baby. I cannot wait to have a second child, and however that baby exits my body, I want my first child to witness the process. And yes, I love how gross that sounds.

"Women owe it to feminism to go back to work as soon as humanly possible after having a child to stop perpetuating the idea that we cannot have it all."
There is so much wrong with the way I used to think about myself as a woman. I was unnecessarily harsh and very unfair in my thinking about friends who had kids and stayed home with them. After I had my baby, I kept thinking I would want to go back to work. I kept saying to myself, "In another three months, I'll be ready to leave the baby for multiple full days every week." But it never happened. I do some freelance work on the weekends, but a full-time job is not in my immediate future — nor do I want it to be. Before I had a child, I judged friends for not working outside the home after kids because of my misguided fear that they would wake up one day and realize that they'd stopped their lives for their kids. Plus, I was frankly jealous that their financial situation allowed them to be a SAHM. I had absolutely no concept of how much work it takes to care for a child, keep a house clean, and prepare meals at the same time. I had only ever done those things one at a time. These choices are hard, unique to each individual, and all perfectly acceptable and in no way determine your feminism.

"I am not going to change. Everything will be the same, except I will have a child on my hip."
Perhaps the most surprising realization is that I have changed, and I'm so thankful for it. It was time for a change. Time to let go of fear and replace it with curiosity and open-mindedness. Having a child means I'm no longer so quick to judge anyone for their choices. It's not my business how another person lives their life — every person has the right to make the best choice for themselves and their family. I am so grateful to everyone that knew me when I thought myself impenetrable to change and patiently remained my friend. And a special thanks goes to the baby on my hip for proving me wrong over and over.